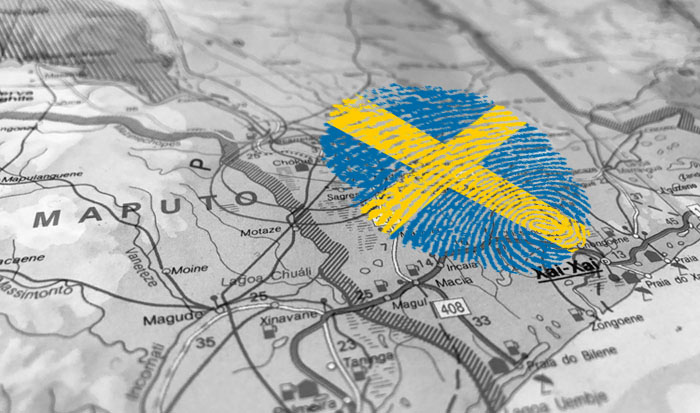 Sweden will provide 30 million SEK (almost €3M) to support the implementation of the Peace and Reconciliation Agreement in Mozambique, the Swedish embassy in Maputo announced in a statement on Monday.

“With this support, we hope to contribute to the sustainable implementation of the Maputo Peace and National Reconciliation Agreement,” Swedish ambassador to Mozambique Mette Sunnergren says in the note.

The Mozambique peace agreement was signed in August, 2019, by the Mozambican head of state, Filipe Nyusi, and the president of the Mozambican National Resistance (Renamo), and provides for, among other things, the disarmament, demobilisation and reintegration (DDR) of the armed wing of the country’s main opposition party.

“This support aims to contribute to a future of peace and reconciliation in Mozambique, without the resurgence of military hostilities between the Government and Renamo,” the note says, adding that Sweden thereby becomes the 10th contributor to the common fund, after Switzerland, the European Union, Ireland, Canada, Norway, The United Kingdom, The Netherlands, Germany, Finland and Botswana.

Latest figures from the personal envoy of the Secretary-General of the United Nations to Mozambique, Mirko Manzoni, indicate that, by October, 25% of Renamo’s 5,221 guerrillas had been demobilised, and several of its military bases in the centre of the country closed.

Despite this progress, a Renamo splinter group (the self-proclaimed ‘Military Junta’) disputes the party leadership and the peace agreement, and stands accused of carrying out attacks targeting security and civilian forces in villages and on some road sections in the central region of the country.

The armed attacks attributed to the group, led by Mariano Nhongo, a former guerrilla leader, have affected the provinces of Manica and Sofala and killed at least 30 people on roads and in villages since August of last year.

The group demands new conditions for the reintegration of former guerrillas and the resignation of the current party president, Ossufo Momade, accusing him of having deviated in negotiations from the ideals of his predecessor, Afonso Dhlakama, the historic party leader who died in May, 2018.

In October, the Mozambican president, Filipe Nyusi, decreed a seven-day truce in the Defence and Security Forces’ pursuit of the Renamo Military Junta, but attempts at dialogue failed amidst mutual recriminations.