South African stocks on the rise as risk appetite builds

Equity strategists are making a growing case for 2021 to be a good year for South African stocks as global investors respond to the anticipated widespread availability of a coronavirus vaccine with an increased appetite for riskier assets.

Local money manager Momentum Investments was the latest to add its voice on Tuesday, suggesting that “the stars are finally aligning” for the South African equity market. According to the Pretoria-based firm, investors will migrate out of haven assets like bonds, cash and gold, and increase their holdings in equities, with non-U.S. stocks particularly in favour. 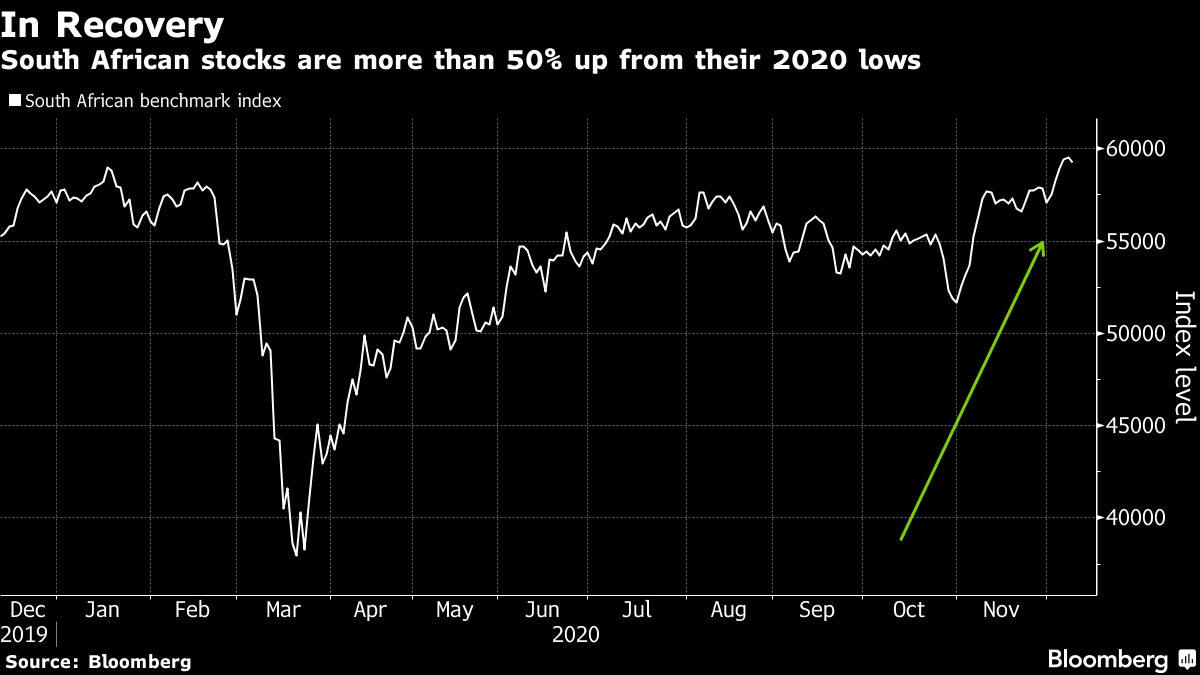 Momentum’s upbeat view is similar to one expressed by JPMorgan Chase & Co., which turned overweight on South African stocks in late November. Earlier on Tuesday, John Morris of Bank of America Global Research said the country had earned its first overweight rating from the bank in five years. He spoke shortly after figures showed Africa’s most-industrialized economy expanded by an annualized 66.1% in the third quarter, exiting the longest recession in 28 years.

“You are going into an upturn with better profits,” Morris, BofA’s South African investment strategist, said during a virtual briefing. That will result in upward earnings revisions, which are “very supportive for value in the emerging markets.” BofA sees 35% potential upside over the next 12 months for South African stocks, helped by a value catch-up trade.

BofA is bullish on South Africa into the first half of 2021, but will reassess into the latter part of the year for what could be a more difficult period with higher volatility, given the country’s rising debt costs.

The Public Policy Assessment system, with the aim of developing skills for analytical exploration and other procedural methods, was one...