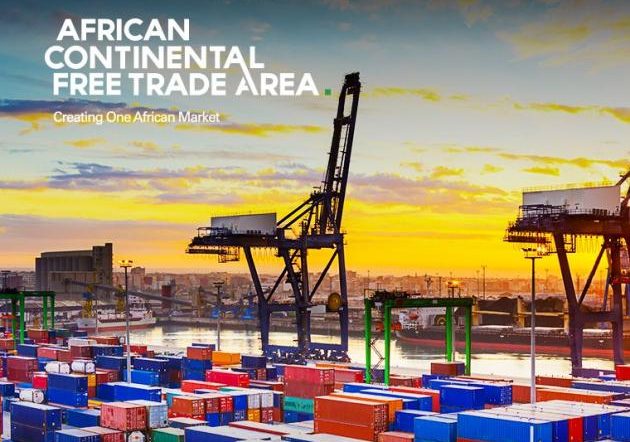 A continent-wide free-trade pact could help to realize more than US$84B in untapped intra-African exports, according to a new report by the African Export-Import Bank.

If the export potential is tapped under the deal, intra-continental trade could rise to more than US$231B, or about 22% of total African commerce, even if all other conditions remained the same, Afreximbank said.

Commerce under the African Continental Free-Trade Area is due to start from Jan. 1. The region could be the world’s biggest free-trade zone by area with a potential market of 1.2 billion people and a combined gross domestic product of US$2.5T, when the deal is fully operational by 2030.

Most of the untapped gains would come from southern Africa, from sectors “already proven to be internationally competitive and which have good prospects for export success in other African markets,” such as mineral commodities, machinery, food products, vehicles and parts, plastics and rubber, Afreximbank said.

The greater export potential enjoyed by southern Africa and also North Africa “largely reflects the complexity and sophisticated nature of the South African and Egyptian economies in a region where industrial products and manufactured goods are the leading drivers of cross-border formal trade,” the lender said. South Africa and Egypt account for about half of their respective regions’ export potential.

Nigeria, the continent’s biggest economy which only agreed to ratify the deal last month, aims to double its to export trade to US$50B within the decade, Francis Anatogu, the secretary of the country’ National Action Committee on the AfCFTA, said in a separate briefing on Tuesday.

While global trade declined by 2.89% in 2019 partly due to tensions between the U.S. and China, Africa’s total merchandise trade contracted by only 0.13% to about US$1T, according to Afreximbank data. The smaller decrease reflects efforts to boost intra-continental trade and “draw on the diversification of trading partners to sustain economic growth and trade expansion,” the lender said.

Internal trade fell to 14.5% of the total in Africa, compared with 15% in 2018. Internal shipments account for 52% of total trade in Asia and 72% in Europe, according to Afreximbank data.

The Africa-wide deal is meant to help change that by lowering or eliminating cross-border tariffs on the majority of goods, facilitating the movement of capital and people, promoting investment and paving the way for a continent-wide customs union.

All but one of the 55 nations recognized by the African Union have signed to join the area and 34 have ratified the accord. The pact could cushion the region against continuing virus-related uncertainties and escalating trade tensions as well as lessen the continent’s exposure to adverse terms of trade and price cycles for commodities, Afreximbank said.

To facilitate trade under the agreement, the continent should agree to a unified means of payment, according to Patrick Akinwuntan, the managing director of pan-African lender Ecobank’s Nigerian unit. African central banks have already begun work to link the continent’s existing major cross-border payment systems.

“Ultimately we will need to find a convergence criteria that will ensure that the entire continent is able to create acceptable currency value, with which we can then compete with the global world,” Akinwuntan said during a webinar.