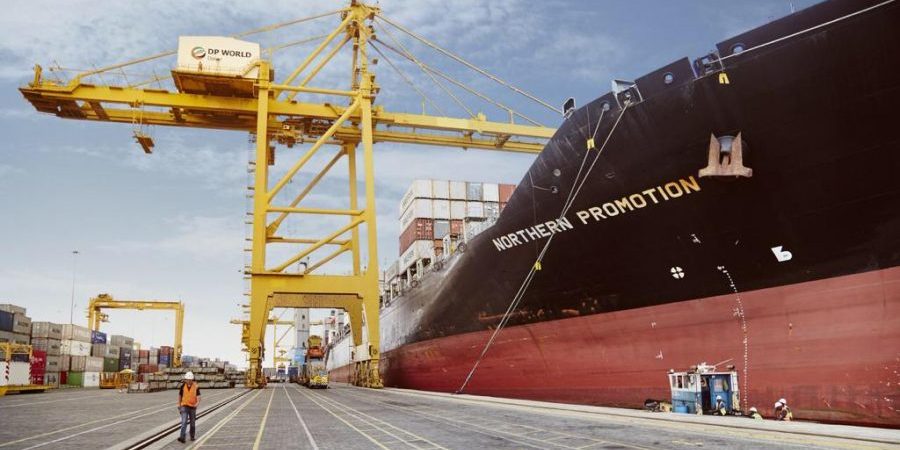 Agreements signed by DP World and the Government of Senegal last week for the development of a deepwater port at Ndayane are part of the trade enabler’s 50-year concession for the Port of Dakar.

The new port is located approximately 50kms from the existing port and near the Blaise Diagne international airport. The duration of the concession, which has two 25-year terms, starts once operations begin at the new port, according to the addendum to the existing concession of 2017.

The port at Ndayane will further reinforce Dakar’s role as a major logistics hub and gateway to West and North West Africa, and support the realisation of His Excellency, President Macky Sall’s ambitious economic development plans for Senegal, the Plan Senegal Emergent (PSE).

DP World’s concession for the Port of Dakar, already includes a plan to develop a new container terminal alongside the existing Container Terminal in the Port of Dakar. However, after discussions between H.E. Macky Sall, President of Senegal, and Sultan Ahmed bin Sulayem, Group Chairman and CEO of DP World, it was agreed that it would be more appropriate for Senegal’s development to carry out a more ambitious project and build an entirely new port outside of the city.

After constructive and detailed discussions, the agreements were signed in Dakar, between the Minister of Fisheries and Maritime Economy of Senegal, Alioune Ndoye, the Director-General of the Autonomous Port of Dakar (PAD), Aboubacar Sedikh Beye, and DP World’s Chairman, paving the way for the development of the new port.

DP World Dakar SA, the local joint venture company between DP World and PAD, will not only develop and operate the 300-hectare (ha) container terminal but also finance, design and develop the land and maritime infrastructure of the new 600ha port. The first phase of this project will see an investment by DP World Dakar of US$837M, which will make it the single largest private sector investment in the history of Senegal and is expected to be followed by a second phase of investment of US$290M.

Phase 1 will include a new container terminal with 840m of quay and a new 5km marine channel designed to handle 366m vessels and capable of handling the largest container vessels in the world. Phase 2 will create 410m of additional container quay and a further dredging of the marine channel to handle 400m vessels.

DP World is also planning to develop a special economic zone next to the Port of Ndayane to further strengthen the attractiveness of Senegal to foreign investors looking at the Ecowas region. The development of such an SEZ serviced by a world class port and airport will become another strong driver for growth of the economy and generation of jobs for the next generation of Senegalese citizens.

Cheikh Kante, Minister of State, Special Envoy to the President, said: “The development of the new port at Ndayane will enable Senegal to maintain its position as the maritime gateway to the region and play a significant contribution towards the realisation of H.E. Maky Sall’s vision for an Emergent Senegal.

Alioune Ndoye, Minister of Fisheries and Maritime Economy, said: “The Port of Ndayane, a major component of the port platform, gives our country back its leadership position thanks to its comparative advantages unlike any other in the sub-region. This port will be a powerful lever for growth, as a central link in the logistics chain, in line with the vision that his Excellency, The President of the Republic Macky Sall has set out in the plan Senegal Emergent (PSE) to make our country an integrated and competitive logistics hub.

Aboubacar Sedikh Beye, Director General of the Port Authority of Dakar, said: “The development of the new port at Ndayane will provide a strong engine of growth for the next phase of the Plan Senegal Emergent”.

Sultan Ahmed bin Sulayem, Group Chairman and CEO of DP World, said: “This will be DP World’s biggest port investment in Africa to date, and is a testament to our commitment to Senegal and belief in its potential for further economic growth. The new port will create jobs, attract new foreign direct investment to the country, and enable new trading opportunities that bring about economic diversification. I would like to thank His Excellency President Macky Sall, for his leadership and vision for the development of the port, and for partnering with us on this exciting project.”

Senegal recently became the second country to join the World Logistics Passport, a major initiative by Dubai established to increase trading opportunities between developing markets, further boosting its position as a trade hub for Africa. The World Logistics Passport has been created to overcome trade impediments, such as logistics inefficiency, that currently limit the growth of trade between developing markets.