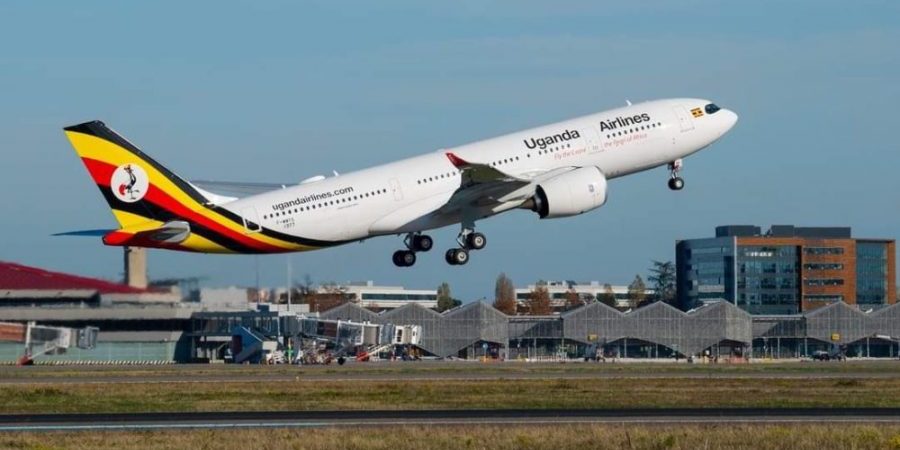 Kenya Airways KQ is bracing for a competitive disruption staged by Uganda Airlines on major destinations that the Kenyans had dominated for a long period.

After acquiring a monster Airbus aircraft, Uganda Airlines said it will be plying to Dubai, London, Guangzhou and Mumbai- these are routes that are currently serviced by Kenya Airways.

For Uganda Airlines flying to these destinations means it will eat into KQ’s market share, considering that Uganda is one of the profitable routes for the carrier. Uganda Airlines recently acquired a large capacity A330-800neo to service the long haul flights from its hub in Entebbe.

“We are going places this new year, from Entebbe to popular destinations around the world… Dubai, London, Guangzhou, Mumbai… coming soon,” said Ugandan Airlines on its Tweeter account.

Jomo Kenyatta International Airport (JKIA) has been a major regional hub and passengers from Uganda, Tanzania and Burundi have been connecting through KQ to countries such as Dubai, London and China.

The Ugandans have been complaining about fares being charged by Kenya Airways on the Entebbe route due to limited competition and the absence the Ugandan national carrier.

This signals the Ugandan carrier will be keen to trigger a price war on the route.

Ethiopia Airlines, one of KQ’s fiercest rivals, has been reviving some of the stalled national carriers, mainly in the southern Africa region where it operates a substantial number of flights. Ethiopian Airlines is also seeking to set up hubs in southern, central and the Horn of Africa.

All East African countries are now poised to have national carriers by the end of this year as Burundi, which has lacked a national carrier for years now plans to launch one.

In January last year, Tanzania received Airbus 220-300, in addition to the previous fleet, in readiness for international flights both within and outside the continent.