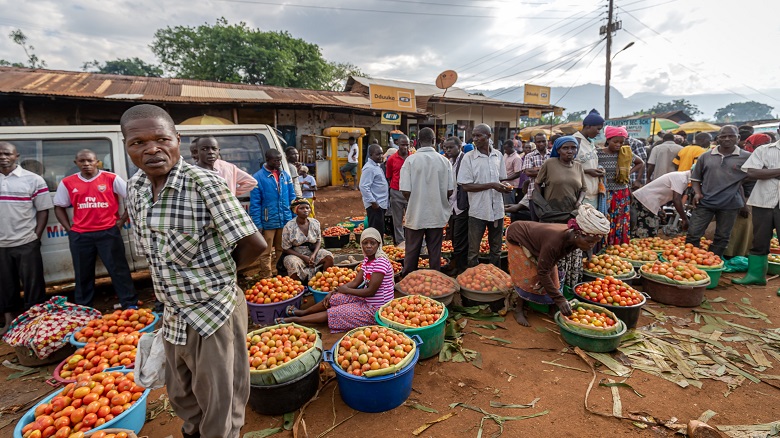 The coronavirus-induced global recession will see nearly a 4 per cent drop in world GDP with the biggest threat facing African economies.

According to the International Monetary Fund (IMF)’s projections, the recession could drag African economies into a fall of about 1.4 per cent, with smaller economies facing a contraction of up to 7.8 per cent.

The beating to African economies by the pandemic is due to export adjustments which affect primary commodity exporters and associated tax revenue losses. This, in turn, reduces governments’ capacity to extend the public services needed to respond effectively to the crisis.

Overall, UNCTAD estimates a regional average of about 5 per cent in public revenue losses in Africa. Total merchandise exports are expected to contract by about 17 per cent in 2020. While this is creating an uncertain future, there is hope in small enterprises which are the bulk of livelihoods on the continent.

While the losses through the export adjustments will have repercussions on Africa’s progress towards the Sustainable Development Goals and Africa’s Agenda 2063, there is need to focus more on small scale businesses on the continent.

UNCTAD notes that with at least 60 per cent of the African population dependent on agriculture for their livelihoods and access to food, any trade-related distortions to the sector can threaten the food security of the continent’s poor. If this happens, then the alternative could help cushion the economies but governments have to be deliberate in supporting the small businesses.

Africa has rolled out the African Continental Free Trade Agreement (AfCFTA) six months late due to delays related to the Covid-19 pandemic. Lockdowns which were enforced to curtail the spread of the virus saw borders closed and travel restrictions issued.

The reality is that the AfCFTA will not be implemented in one dramatic swoop which could alter existing commercial and economic realities on a vast scale. However, its execution could lead the recovery efforts from the Covid-19 crisis.

For the trade agreement to be a success, there is need for resetting, retooling and restarting regional integration in Africa and small scale traders should be at the heart of any initiatives meant to jumpstart the African economy.

The service sectors, e-commerce, digital platforms and value chain development are critical factors for accelerating trade and investment in Africa. This is against the backdrop of the global pandemic which has spilt over into 2021.

In addition to supporting the mentioned sectors, Africa should earnestly work towards regional integration which is increasingly central to the continent’s future economic prospects and to attracting foreign direct investment.

With a growing middle class, Africa is now the frontier and the AfCFTA which is already ratified by 30 countries is just an opportunity to enhance investments in the continent.

According to an experts panel hosted by the African Development Bank (AfDB) in December last year, Covid-19 has deepened pre-existing trade frictions within the continent.

Despite this, it offers important growth opportunities and great stories of innovation and highlights the importance of protecting Africa’s place in local value chains.

Anabel Gonzalez, Senior Fellow, Peterson Institute for International Economics, noted that there is need to put small scale traders at the heart of the effort and governments should strengthen national agencies to provide support to small traders.
By integrating unequal partners across the continent, the AfCFTA is creating a new trade and integration reality where trade facilitation enjoys specific focus with digital, e-payments, and e-commerce being particularly important.

AfDB Vice President, Solomon Quaynor says that the bank has strongly supported the AfCFTA by financing the set-up of its secretariat as well as supporting member countries with technical assistance to comply with a range of AfCFTA regulations.

African countries will need to innovate to enhance local value chains and countries like Ghana and Zambia are setting the pace.

This development has created 10,000 jobs.

As it is, traditional value chains have been challenged creating opportunities where current demands cannot rely on those value chains.

Some of the worst-affected sectors in Africa such as tourism, aviation and education have shown resilience. The food industry has harnessed e-commerce for marketing during the pandemic which has allowed the expansion of the market as well as addressing the needs arising from and the limitations occasioned by the pandemic.

Zambia has been successful with cashless payment solutions at its border and other innovations are coming up since Covid-19 was announced in the country.

And while individual transactions are small, SSCBT volumes add up to sizeable amounts that sometimes exceed official customs-recorded trade across entire categories of goods, particularly in agriculture. This, according to the institution, then raises questions on the validity of what is often said that African countries trade more with the outside world than with each other.

The reality, according to the global bank, paints a very different picture of regional integration emerges when SSCBT is considered.

Despite the importance of SSCBT, small scale trade is rarely captured by customs, nor recorded in official trade statistics, and, hence, is generally not taken into consideration by policymakers and investors. Better information on SSCBT would notably inform policies for poverty reduction and inclusive growth and raise policymakers’ awareness of the situation of women in border regions, who often represent the majority of small scale traders.

AfDB notes that SSCBT supports about 43 per cent of Africa’s population yet most of the informal cross border trade (ICBT) is generally regarded as illegal commercialization of cross border activities.

Tralac adds that Sub-Saharan African (SSA) economies have been inextricably linked for centuries with traders, often belonging to the same ethnic group or family, regularly crossing borders to exchange goods and services. This gives rise to intense flows that account for a significant part of the continent’s total trade.

Today, small scale cross-border trade is a major feature of African economic and social landscapes and it should be prioritised if the continent has to get its battered economy in shape.

Fundamentally, small scale cross-border trade can play a fundamental role in contributing to poverty reduction and food security across Africa.