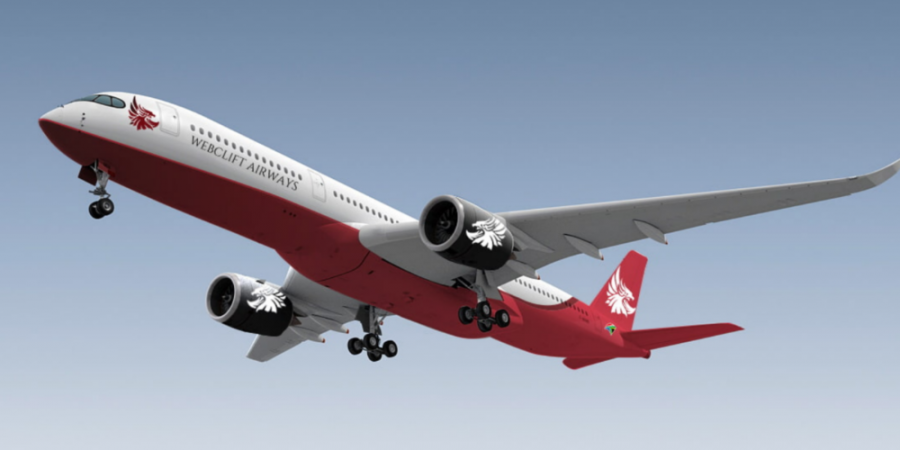 Prospective South African airline, Webclift Airways, has ambitious plans. The start-up is yet to get planes, its air operator’s certificate and is seeking further funding. But already, Webclift Airways is eyeing flights between Johannesburg and Miami sometime in 2022.

Johannesburg – Miami on Webclift’s radar
According to the airline’s website, Webclift Airways wants to operate international services in and out of South Africa. The airline wants to focus on city pairs that are underserviced and underperforming. On Webclift’s radar are transatlantic services to North America. South African news site Travel News reports a feasibility study showed that there was enough demand to make the Johannesburg – Miami route work.

That same report said Webclift Airways owner, Wanay Govinder, was chasing down an A330neo to operate the service. But a Webclift Airways spokesperson told Simple Flying today they are now looking at a pair of Boeing 777-300ERs. They say the Boeing is more cost-effective, has a greater range than the Airbus A330neo, and is a better fit for the airline.

Webclift Airways proposes to take one Boeing on a wet lease and the other under an aircraft, crew, maintenance, and insurance (ACMI) arrangement. Mr Govindar plans to fund his fledging airline via private equity investment, loans, and possible grants.

Travel News also reported that Webclift Airways hoped to have two aircraft by 2024 and ultimately expand to ten aircraft.

“Our main objective is to build a better airline, not a bigger airline,” says Webclift Airways’ website.

Mr Govinder is a young South African entrepreneur. According to his LinkedIn profile, he founded and now works at Webclift Airways as its President.

Interesting times to be starting an airline in South Africa
Whether Mr Govinder gets his start-up airline off the ground remains to be seen, but he is trying to do so at an interesting time and serve an interesting niche. Local powerhouse airline South African Airways remains in deep financial strife. The airline is down to 12 planes. According to Planespotters.net, none of them are flying.

South African Airways has been under external administration since December 2019. In October, the South African Government agreed to a US$686 million bailout. Those funds are yet to be forthcoming, and just weeks ago, South Africa’s political opposition wanted the funds diverted to fund vaccination programs.

But that all ended in tears when South African Airways halted its international operations in March. By August 2020, the A350-900s were gone almost as quickly as they came.

Delta Air Lines flew between Atlanta and Johannesburg until it suspended the service in March 2020. The airline is planning to resume services early this year. Later this year, United Airlines plans to operate between New York’s Newark Airport and Johannesburg.

In 2019, United Airlines launched nonstop services between New York’s Newark Airport and Capetown, South Africa’s number two airport. That service was Capetown’s first direct connection to North America. In March 2020, United Airlines suspended that service amid the travel downturn and is yet to reinstate it.

But that’s about the extent of the links between South Africa and North America. Considering both countries are the powerhouse economies of their respective continents, there is a paucity of direct air services even in the best of times.

A service between Johannesburg and Miami is an interesting prospect. Wanay Govinder argues it should do well. One can only wish him and his airline the best of luck.