In the recently published Mastercard Index of Women Entrepreneurs 2020 (MIWE) Uganda, Botswana and Ghana ranked first, second and third – respectively – as the world’s leading economies with the highest percentage of women-owned businesses.

In a growing trend when compared to last year’s findings, the report provides a detailed look into the business environment worldwide, and how the Covid-19 has reshaped and, in some instances, diversified the makeup of women entrepreneurship on a global scale.

The African continent has in fact seen a growth in women participation across many fields, while female financial exclusion still remains an issue all over Africa – in countries such as Angola, Nigeria, Ghana, Uganda and Malawi, only 20 to 30% of women have a bank account, which not only affects entrepreneurial efforts but limits even the more basic social relief payments to reach the most vulnerable women.

Regarding the high number of women business owners, the report explains that “The results point to a strong representation of women as business owners in the less wealthy and less developed economies in the Middle East & Africa region, including Uganda, Botswana, Ghana, Malawi, Angola, and Nigeria. Women here are more inclined to engage in early-stage entrepreneurial activity compared to most of their global peers and are equally or more likely to pursue entrepreneurship than men”. 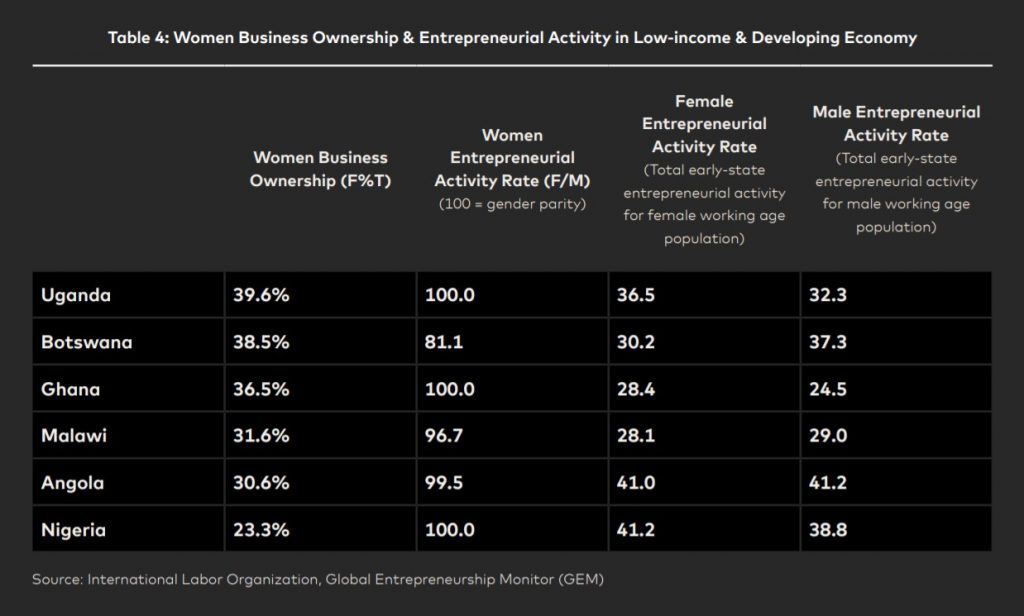 The report provides some insights as to how the gender gap can be bridged, through the implementation of gender-specific policies that:

There are many places to go on safari in South Africa and Kruger National Park wins it all. However, there...