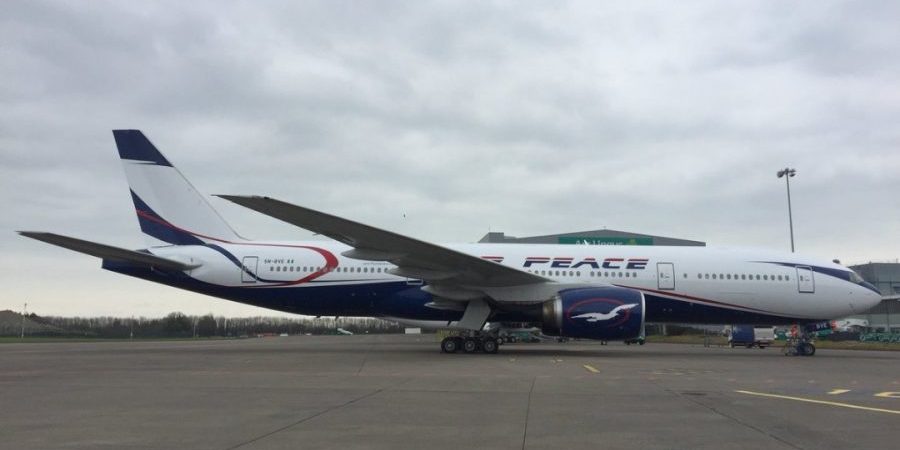 Nigeria’s Air Peace will return to Dubai after a year-long hiatus due to the pandemic. The airline confirmed that flights will resume from February 5th, operating once a week in both directions. It should be noted that while the service is marketed as a flight to Dubai, passengers actually land in Sharjah and then take a bus to Dubai.

Return to the UAE
Air Peace’s route to Sharjah marked an important milestone for the airline in 2019: It was to be its first long-haul route outside Africa. Prior to this service, Emirates was the only airline serving the UAE nonstop from Nigeria, giving it a significant advantage.

However, soon after the route commenced in July 2019, the airline suspended flights due to the pandemic in late March. Since then, many online have called on Air Peace to resume this route, citing the population living in the UAE. Emirates returned to Lagos and Abuja in September, once again offering the only direct connection.

Yesterday, Air Peace officially announced that it would return to Sharjah (and Dubai) from February 5th. The route will operate only once a week, down from thrice a week previously, between Lagos and Dubai.

The outbound flight will leave Lagos on Friday at 01:00 AM and reach Sharjah at 12:00 PM, eight hours later. The return flight departs Sharjah on Saturday at 08:00 AM and arrives in Lagos at 13:00. To make this long-haul journey, Air Peace has a fleet of second-hand 777s.

The 777
Air Peace has long had its eye on a significant international expansion, and in 2018, it began acquiring widebodies for this mission. The airline currently has a fleet of three Boeing 777s, with two 777-300s and one 777-200ER, according to Planespotters.net. Two of these aircraft came from Emirates and one from Singapore Airlines, and all are now painted in Air Peace’s striking livery.

Onboard, Air Peace opted to keep Emirates’ seating configuration of first class, business class, and economy. The decision to keep the cabin likely saved Air Peace millions in refurbishing the cabin and purchasing new seats. This cabin likely makes for a comfortable experience on the eight-hour flight to Sharjah.

How we're travelling to Jamaica this December on the Air Peace Boeing 777 300-ER. First class , business and economy . pic.twitter.com/V6cyabzZHx

International expansion
Air Peace started 2020 with bold plans to expand internationally, targeting Asia first. While it did manage to start its Sharjah route, the planned flights to Mumbai in March never started. Additionally, the airline also wanted to start flights to Tel Aviv, London, Houston, and Guangzhou in the coming years as it took delivery of more aircraft.

Although the airline began service Johannesburg from Lagos in December, this is its first service to leave the African continent since the pandemic hit. As well as this, the recent Bilateral Aviation Agreement between Nigeria and India could signal the Mumbai route will commence operations sometime soon.