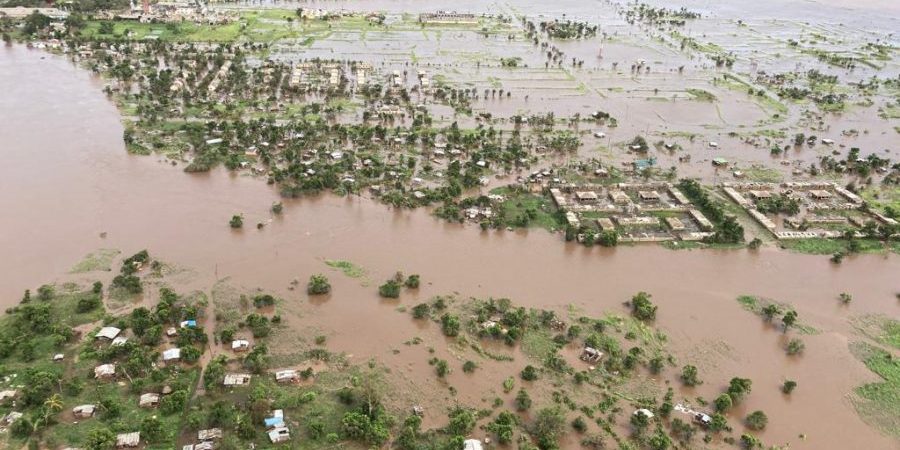 When disasters strike, what options do African countries have? How prepared are people to tackle growing climate, weather and water risks—with more hostile climate environments, limited access to finances, and increased social and economic pressures, amidst a global pandemic?

For the past five years, the Africa Hydromet Program has worked to unite communities, countries, and the entire continent to tackle looming disaster risks. In its first phase, the initiative has dedicated US$312M to overcome these challenges, so much so that across Africa, 26 million people are benefitting from improved hydro-meteorological—hydromet—services with investments from the Africa Hydromet Program.

The program protects the most vulnerable communities, connecting regional organizations in Central, Eastern, Southern and Western Africa with government agencies and local communities through projects in more than 15 countries. One of these projects is the Climate Resilience: Transforming Hydro-Meteorological Services project in Mozambique.

Mozambique is one of the most exposed countries to hydro-meteorological risks in Africa.  This coastal southeast African country is susceptible to flood and drought cycles, extreme storms, and cyclones, placing it in the top 10% of most vulnerable countries to natural hazards, disasters and resulting crises. Within a span of a month, two devastating cyclones hit the country in 2019—Cyclone Idai, which struck in March 2020, and Cyclone Kenneth, in April. These disaster events have caused considerable damages and losses to people, the economy and the environment, but the country has resolved to bolster its resilience.

Through the Africa Hydromet Program, the project set up early warning systems and offered flood forecasting for the Zambezi and Limpopo rivers—the second largest and the fourth longest rivers on the continent—and also for the Incomati River basin, which runs through neighboring countries, Eswatini and South Africa. The project also provided hydro-meteorological information to farmers in key locations in the Gaza province, which host prized ecological lands such as the Limpopo and Banhine national parks. Weather service alerts have been set up in coastal areas such as Inhambane, offering innovations that deliver data to communities most in need. For the first time, fully functioning forecast and warning systems have been set up in districts like Malabane, Inharrime and Massinga.

All these helped to transform observation and monitoring in 58 river gauge stations and upgrade hydro-meteorological modeling and forecasting, that enhance disaster readiness, mitigation, and preparation—exceeding the project’s target by over 120%. Now, people, communities and businesses alike benefit from daily forecasts and impact-based warnings via over 66 synoptic weather stations and 65 real-time weather monitoring stations that protect lives, boost livelihoods and advance the country’s overall development. Through collaboration, the plan is to expand and replicate this success in other areas, through various programs throughout the country, and all of Africa.

As Mozambique’s National Director of Water Resources Management Messais Macie said, the country is now more prepared than ever, and still continuously working to improve resilient disaster risk management and sustainability. And progress is not only evident in Mozambique.

In Niger, more than four million people have benefitted from the Disaster Risk Management and Urban Resilience Project. The project—set up to tackle disasters, build resilience against natural hazards, and enhance technical capacity for hydromet services—has made considerable impacts in the West-African country. Most recently, a newly established Operational Center for Watch, Alert and Crisis Conduct now delivers crisis alerts, early warning, and disaster response services to people all over the country.

Additionally, targeted gender-focused efforts to bolster the resilience of women have been undertaken in eight regions of the country, with female leaders trained on early warning strategies to manage disaster risks. Hydromet technicians have also been trained to boost the quality of weather and hydrological data that’s disseminated to the entire population. Furthermore, water and civil protection agencies in 13 regions are now fortified with equipment, including drones, to identify climate threats and improve the efficiency of disaster response.

Niger has also benefitted from hydromet service delivery through the sustainable management of land and water in upstream watersheds through the project. More than 15,000 hectares of land were treated, with nearly 10,000 on plateaus and glacis and 6,000 on dunes. These efforts have led to considerable socio-economic improvements for people. A recent survey revealed that with the income earned from land restoration efforts, 44% helped families afford food and nutrition, 22% supported agriculture and livelihoods, 11% was dedicated to education for children, and 22% contributed to other living and livelihood improvements that enhance people’s lives, and women in Niger are taking the lead in these efforts.

Impending disasters always loom, but the key to averting and mitigating devastation is preparedness. These projects in Niger and Mozambique are among various that others that support countries in strengthening disaster preparedness and resilience , with the support of partners such as the Global Facility for Disaster Reduction and Recovery, the African, Caribbean, and Pacific (ACP) and European Union, the Japan-World Bank Program for Mainstreaming Disaster Risk Management in Developing Countries, the Climate Risk Early Warning Systems, the Climate Investment Funds, and various governments, so that continental progress can be achieved.

The story is changing for many countries, but it takes intensive, concerted effort and coordinated collaborations to make meaningful change—and this is what the Africa Hydromet Program is all about. Throughout Africa positive changes are taking place, piece by piece, project by project, person by person.

Written by Prashant Singh (with contribution from Odete Duarte Muximpua)