With 2020 being a year of uncertainties in the oil and gas sector and some of the decisions, activities and market trends that took place last year, I reflect on what some of the activities pre-COVID-19 and now means for the African energy sector.

Following the reform of the African Petroleum Producers’ Organisation (APPO) Fund, I was lucky to witness the equally newly reformed Africa Energy Investment Corporation (AEICORP). The AEICORP is to provide “a Solid Capital Base and Liquidity Profile, a Preferred Creditor Status, Developmental Impact, Strong Financial Performance Returns to Investor,” for investors to participate in a low-risk pan-African growth.

Just as one of the objectives of APPO seeking to ensure Member Countries cooperate, I believe that for African countries to reap the maximum benefits from oil and gas, investment in energy technology through institutions like the African Development Bank (AfDB) and AEICORP, will help to achieve this aim. The thought of African investments in the hydrocarbons sector takes my mind to a familiar place — de-carbonisation of fossil fuels, as opposed to abandonment.

De-carbonising fossil fuels through technology developed by Africans might take a while to embrace but it is worth the long-term investment. At the moment (or for the next 20 years), Africa is not ready for zero-carbon emission energy sources. Almost all of the oil producing countries on the African continent depend on revenues from oil and gas to fund their budgets and keep their economy moving. It cannot be denied that the energy security of Africa is highly dependent on decarbonisation. This is because most of the African countries exports their crude to countries abroad and the countries abroad are moving towards adopting the terms of the Paris climate accord which aims to see low carbon emission.

De-carbonising fossil fuels through technology developed by Africans might take a while to embrace but it is worth the long-term investment.

New discoveries of oil and gas are still being made daily with a large part of prospective areas still under-explored. Of all the countries on our great continent, none can boast of 24 hours steady supply of electricity. The West are embracing decarbonisation because they have gotten to a stage where all of the basic social amenities are working, Africa isn’t there yet.

Africa looks to be one of those who will suffer climate change the most. We cannot follow the same paradigm as the advanced countries and we will take a longer time to achieve what they will achieve. The COVID-19 pandemic is a trigger for many African countries to begin to gradually embrace diversification and invest in other sectors of their economy. If African countries do not fully depend on the revenues from oil and gas, we can begin to talk carbon decarbonisation. For now, it is a gradual process and we still have a long way to go.

The West will not come and save us. The West will save the West and Africa should save Africa. In November 2019, the European Investment Bank (EIB) announced that it will no longer grant loans for crude oil, natural gas and coals project from January 1st 2022, with a few exceptions for gas projects. Also, in October 2020, the United Nations asked world’s publicly funded development banks to bring their lending policies in line with the Paris Agreement, and a few weeks later, many of the institutions including the African Development Bank Group (AfDB) said they will reduce investment in fossil fuels related project.

This is to show that it would soon be every investor for themselves. And if China follows suit, the African market will break.

When all of these lenders stop to fund fossil fuel projects in the country, most African country will have little or no advantage when it comes to negotiations. Chinese authorities have been big players in the development of oil and gas resources in Africa and one of the biggest lenders to African countries. If by 2025 that all of the world’s publicly funded development banks would have joined the EIB in halting the disbursement of funds for fossil fuel projects, an indication that they are only willing to do embark on projects that are in line with their net-zero commitments, China will be the only option left.

Many African countries have already signed agreements that will see them forfeit important state-owned assets if they fail to meet up on their repayment plan for loans obtained from China. Let us not forget that China is also a signatory to the Paris climate accord. So if in the future, China decided to also stop funding fossil fuel projects, most of our countries in Africa who do not start planning for the unexpected now will be left with a wrecked economy and with no option than to forfeit out of the little they have to pay their debts.

French Group, Total, ‘totally’ dominates the oil and gas sector in some African countries. What happens to us when Total pulls out its resources and stops funding fossil fuel projects, because being a French company, it is one of the companies expected to fully commit to the terms of the Paris Agreement?

Is the Africa Continental Free Trade Agreement (AfCFTA) the saviour?

Yes, we do have a genuine opportunity through the AfCFTA. The AfCFTA was formed in 2018 to eliminate tariffs on intra-African trade, to make it easier for African businesses to trade within the continent and cater to and benefit from the African market. It creates a single market for goods, services, facilitated by movement of persons to deepen the economic integration of the African continent, under the Pan African Vision of an integrated, prosperous and peaceful Africa. The benefits are:

· To improve the intra-African trade landscape and export structure;

· To foster specialisation and boosting industrialisation;

· To strengthen regional and inter-state cooperation;

· To increase employment and investment opportunities, as well as technological development;

· To provide the opportunity to harness Africa’s population dividend.

One of the solutions to energy security is for African countries to make a case for themselves. Why is the West ignoring the gas sector, which is cheaper and safer and the least-polluting fossil fuel to a more expensive and less reliable source like the renewable energy? If African forces start to condemn the decision of these lenders to stop financing fossil fuel projects, under a uniform voice and umbrella body like APPO, negotiations will take place and better resolutions that will favour all parties can be reached. 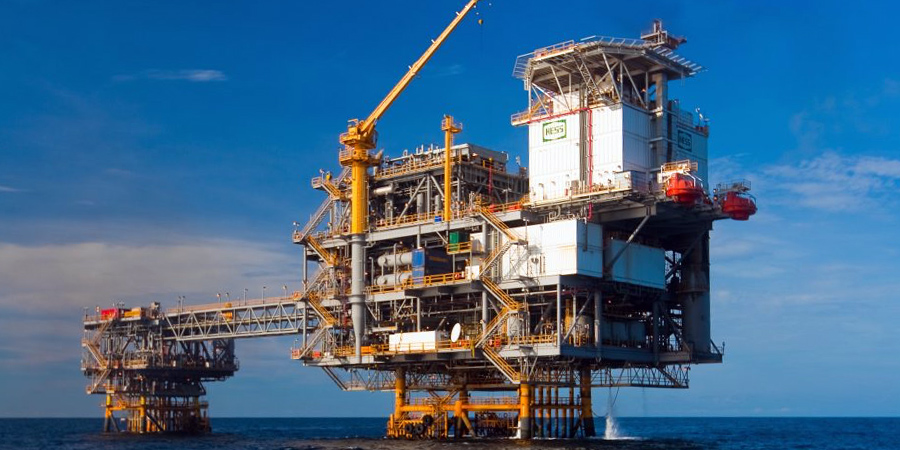 Countries with huge natural gas reserves such as Nigeria, South Africa, Tanzania, Algeria, Ghana, Equatorial Guinea, Ghana, Senegal, Cameroon etc. should follow in the footsteps of Mozambique and attract investors to invest in that sector. Equatorial Guinea also has projects lined up for its ‘Year of Investment’. Egypt has also been investing heavily in the gas sector and alongside Mozambique, it would become one of the biggest players on the continent, in a few years.

African countries can also take advantage of the fact that an African, H.E Mohammed Barkindo is the Secretary-General of the Organisation of Petroleum Exporting Countries (OPEC) to lead negotiations in ensuring that fossil fuel projects are still catered for by lenders.

Countries on the continent should also trade between themselves in the areas of energy. It is remarkable what the East African countries are doing together to ensure electricity supply in each other’s countries. Last year, Nigeria also announced it will be importing Niger’s surplus oil. African countries need to get from Africa what is present in Africa. This is the way by which we can help the cause of the AfCFTA, APPO, and each other to reach our full energy potentials and have adequate energy security.

There is a wave of change coming in the world and COVID-19 is the first of the determinants that oil and gas investment will gradually be reducing. African countries cannot afford to buy this change yet. We cannot afford to compare ourselves to the West as we lack what they have, and yes, we have some of the fossil fuels that they still want before their full switch to renewables. We have to take advantage of that gap and reach an agreement that favours all.

It will be great to see the terms of the Paris Climate Accord come to pass in the future. But for now, Africa needs the financing and investment in technology will help to still keep to the terms of the Accord while investing in the huge oil and gas potential here.

Written by David R. Edet, oil and gas expert, serving in the capacity of Business Analyst at Afric Energy Ltd, an Oil and Gas Company operating from Nigeria.

Mr. Edet is a leading voice to youth involvement in African energy matters and campaigns for more involvement of local contact in the African hydrocarbons sector.