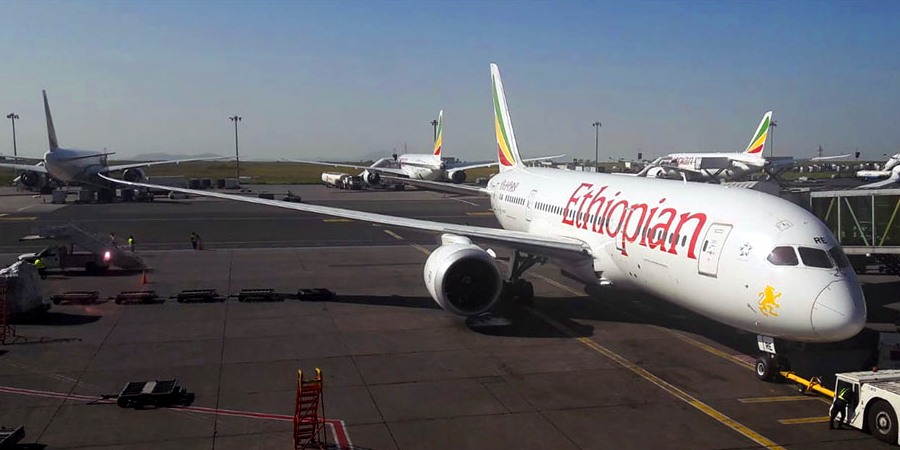 Ethiopia has had a good run as a country these past few years and its national carrier has had an even better time in business despite the Covid-19 pandemic.

The pandemic has almost crushed many airlines but Ethiopian has remained one of the most resilient ones not only in Africa but also globally.

Ethiopian Airlines has performed so well that Airbus has awarded it for its unique agility and resilience that it displayed amid the global crisis.

Functioning under Ethiopian Airlines Group, which is the largest aviation group in Africa, the airline has managed to maintain the operation of all its fleet in a sector where its peers are operating at 10 per cent of their capability. Many airlines have gone bankrupt leading to many losing their livelihoods.

To survive the Covid-19 onslaught, Ethiopian converted its A350 passenger aircraft to cargo for transporting much needed medical supplies to combat the virus. It was the first global airline to take that approach. Currently, the airline is operating 16 A350 aircraft in its network.

Ethiopian Airlines has consistently remained a profitable carrier but the pandemic has dented its earnings. Chief Executive Officer, Tewolde Gebre-Mariam, says that the airline may not be as profitable as expected but despite the pandemic, the company has registered some profit.

When shutdowns commenced in March 2020 in most of Africa due to Covid-19, the airline remained in the skies with the first half of the year being sound boosted by the cargo business which did very well. Earnings from cargo transportation have allowed Ethiopian to keep up with its monthly fixed payments. The carrier was still flying about 40 charter repatriations every week when most commercial flights were mostly grounded till mid-2020 when borders were reopened.

Earnings for all airlines are expected to be down which were projected to have a combined loss of US$84 billion in 2020. Unlike Ethiopian Airlines, many have sought bailouts to avoid collapse. Among those that were seeking the government’s help included South African Airways and Kenya Airways (KQ).

Setting the pace for global airlines
While the airline is still glorying in its exploits through the worst Covid-19 pandemic season, Ethiopian is not resting on its laurels.

With the demand for the Covid-19 vaccine rising throughout the world as countries begin placing orders, there are questions about the logistics involved in ensuring that the vaccines are well transported and distributed in Africa.

Ethiopian Airlines is staying ahead of the competition and has announced launching a cold chain air freight meant for transporting temperature-sensitive medicines. This means that the airline is set for transporting Covid-19 vaccine.

The CEO says that the airline will maintain its remarkable activities from delivering the PPEs to ensure that the vaccines will be delivered with similar speed and professionalism in handling and maintaining the cold chain.

Ethiopian at the forefront
While many other airlines are playing catch up, Ethiopian Airlines is at the forefront in readiness to distribute the vaccine across the globe having already signed a partnership agreement with Cainiao Smart Logistics Network to launch cold chain air freight.

The plan for transporting the vaccines is that freighters will depart Shenzhen, southern China, twice a week to Africa carrying medicines.

Vaccines will be distributed to the rest of the world through Addis Ababa and Dubai, according to a press release.

To ensure that the vaccines remain viable, the entire cold chain cabin will be equipped with a temperature control system monitoring the cabin’s temperature in real-time. In addition, the cargo terminal in Ethiopia is now compartmentalized with cold storage facilities whose temperature ranges between -23°C to –25°C.

Ethiopian Airlines has 12 dedicated cargo aircraft but has reconfigured 25 passenger planes converting them into freighters in response to increased cargo demand.

As a successful airline, Ethiopian has led the way in how to successfully run a business.

The airline averted financial ruin by switching to cargo transport which helped it maintain half of its income despite 90 per cent of its passenger fleet grounded.

With the dent occasioned the airlines in Africa’s fastest-growing region, innovation and diversification are what will see the airlines survive the effects not only of the pandemic but also of any unforeseen event like a recession that may take place in the future.

The rapid surge in demand for medical supplies transportation became the saving grace for Ethiopian Airlines since it strategically positioned itself to snatch the opportunity.

For Alibaba to be in the picture, China is aggressively working on having a vaccine that works effectively. The country has about five coronavirus vaccine candidates all at different human trial stages. All of these vaccines are aimed at the global market with President Xi Jinping saying that once approved, the vaccines will be made a global public good.

KQ Jumping on the bandwagon
Across the border, KQ through its cargo arm unveiled its ultra-modern pharma facility at the Jomo Kenyatta International Airport (JKIA). The facility is to help meet the demand for medical shipments around the world with the facility’s immediate focus being to improve logistics in distributing a potential Covid-19 vaccine in Africa.

To improve transportation logistics for vaccines, KQ Cargo has been working with pharmaceutical and medical customers in laying the groundwork. This is to ensure that the airline is ready to safely meet vaccines transportation needs.

Beyond the Covid-19 vaccine transportation, KQ Cargo is seeking to meet the global demand of transporting pharmaceutical products like medicines, vaccines, blood samples and temperature-sensitive cargo by having end-to-end cold chain logistics solutions.

JKIA has been the distribution and logistics hub in Africa and the Airports Council International (ACI) rated it the second fastest-growing airport in the world for cargo in 2019. The airport handled over 342,000 metric tonnes of air cargo in 2018 which was a 25 per cent growth from 2017.

For efficiency, KQ has linked up with global leaders in cold chain solutions to offer active and passive packaging. This partnership offers dedicated equipment to perform seamless cold chain operations.