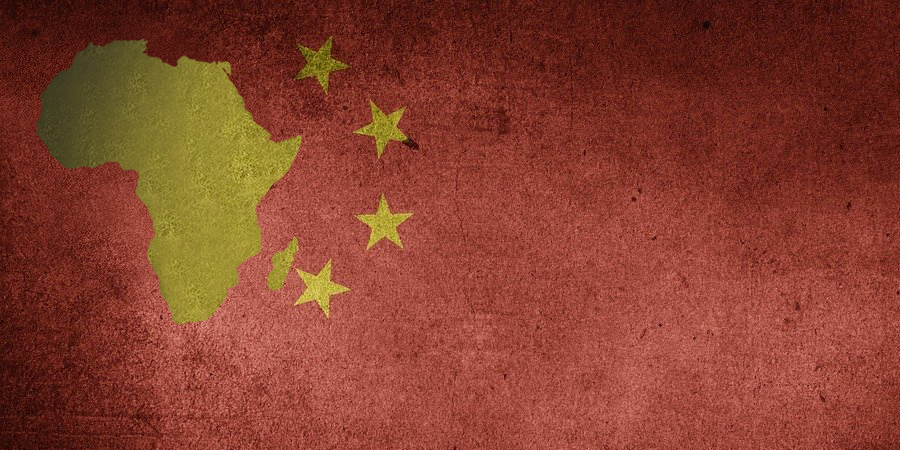 China has a well-established presence on the African continent. On the positive side, a lot of infrastructure development taking place is a direct result of Chinese funding. In addition, several big Chinese companies have taken root in Africa becoming significant contributors to employment and GDP.

Examples include Citic Constructions, Sunshine group, and FAW. Mckinsey and Company research group estimates that in 2012 there were over 10000 Chinese-owned companies operating in Africa, the number has since increased.

However, there has long been suspicion around Chinese funding, especially through debt as most deals are shrouded in mystery and hidden behind closed doors. One example is Zambia’s current debt conundrum, in which reports indicate the country owes China large sums of money but circumstances around the debt are unclear in terms of the duration and the cost.

Additionally, indications are that some of the debt facilities come with collateralized arrangements in which Africa mortgages future resources for funds. This has raised questions of whether Chinese lending is not a ploy to take over the continent. Regardless of the sentiments and issues surrounding the debt issuances, China has a large footprint on the continent.

Apart from funding and infrastructure, China is a significant trade partner for African economies.

China in Africa’s Tech scene
Another major area in which the Chinese have shown dominance on the continent is on the technology front. A significant portion of digital infrastructure runs on Chinese backed technology networks with firms like china Telecoms, Huawei and ZTE providing the core systems for tech infrastructure across the continent.

On the hardware front, Chinese phones have clipped a huge chunk of the market share. Transsion the manufacturer of Itel, Tecno and Infinix brands have clinched a sizeable percentage of the market. Other Chinese brands like Huawei have also established a solid presence.

If the African tech landscape was a battleground for dominance, the Chinese are certainly emerging victorious. Western tech firms now lag behind Chinese firms.

Advantages of Chinese infrastructure
Africa has lagged behind in terms of modern communication for years. Given that pertinent issues like poverty and AIDS were the centre focus, issues of developing infrastructure took a back burner. In more recent years connectivity became an important tool for economic growth. The Chinese became a solution by providing cheaper access to infrastructure.

Setting up systems sometimes from the ground up, Chinese technology provided the backbone for modern communication systems in most of Africa.

On top of that access to smartphones has become easier and cheaper. Moreover, Chinese companies like Transsion have developed phones that appeal to the African market; cost-effective with long battery life.

Is Chinese technology safe?
The United States has effectively blacklisted Chinese firm Huawei, citing espionage as the reason for doing so. They argued that Huawei was being used by Chinese authorities to spy through backdoors and other software embedded in the network’s infrastructure and the Huawei phones. Huwai vehemently denied being a proxy of the Chinese government.

Where the cards fall on that matter is still up to the courts. However, it does bring into question the safety of the Chinese infrastructure. Can it perhaps be used to spy in an attempt to further establish dominance?

This also brings to the fore the issue of Chinese tech-powered Smart cities in Africa. In 2018 Huawei said it would give $1.5 billion for smart cities in Africa with Huawei playing a central role in building their ecosystems including security systems, systems for controlling communication and intelligent video surveillance. These cities such as Konza technology city in Kenya and Nigeria’s Yabacon valley and are based on artificial intelligence systems meant to make African cities more secure and safer with sophisticated surveillance systems.

Could it be that these cities can be manipulated to further the Chinese agenda? Or as others have indicated be used as tools in the hands of African governments to increase their grip on citizens?

The Chinese are moving to create the digital silk road to the 21st century through 5G technology. This silk road involves rolling out digital infrastructure and satellite coverage that connects countries and financial systems along its route.

Some argue that this initiative could result in African governments modelling their surveillance infrastructure along Chinese lines and implementing censorship in a similar manner. It could result in the government having full control of communication and thus using it as a tool to quell dissent.

What are smart cities?
According to the International Telecommunication Union, a smart city is an innovative city that uses information and communication technology to improve the quality of life efficiency of urban operation and services and competitiveness while ensuring that it meets the needs of present and future generations with respect to economic social and environmental aspects.

These smart cities incorporate smart infrastructure, smart buildings leading to smart movement and smart economies. They are touted as the cities of the future that will propel Africa’s light-years ahead in terms of urbanisation and development challenges.

The future of African tech
African tech innovators have been busy at work creating African brands of smartphones and other new innovations. For example, Rwanda’s smartphones by the Mara group. With the Chinese phone makers dominating the market, the African brands may find it difficult to compete on price. The Chinese model of producing products that cater to the buyer’s wallet has seen Transsion producing low priced smartphones catering for lower-income brackets as well as higher-end offerings within their three brands.

Just like in the textiles industry, this may spell disaster for rising tech innovators.

In the same vein, however, the existence of network infrastructure and connectivity has opened doors for many young people to find sources of income in the digital economy. It has spurred the growth of e-commerce, e-health and many other groundbreaking technologies that have helped to improve the lives and livelihoods of Africans. Especially the youth segment which is more drawn to technology.

It has improved connectivity spurring the rise of social media use, a positive contributor to information dissemination and creation of employment in the arts industry.

Overall, the Chinese influence on Africa has brought significant improvement in digital infrastructure and helped Africa take a step into the digital realms. However, questions as to the safety of Chinese technology and the possibility of manipulation of smart city technology by African governments still haunt the continent. Further is Africa ransoming yet another of its resources to China and will this not aid in the Chinese dominance of Africa?

These questions and more are still up for debate.