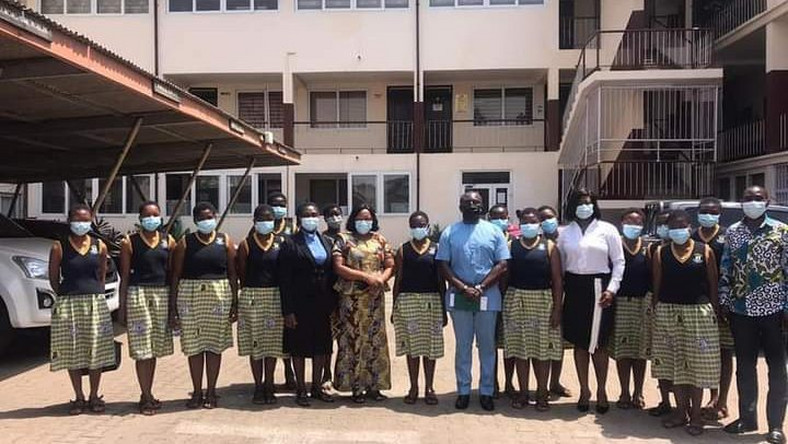 The Methodist Girls High School (MEGHIS) has been adjudged the winners of World Robotic Competition. This is the second consecutive time the school located in the Eastern Region of Ghana wins the world competition.

The 2020 virtual edition was contested by 5000 teams across the world.

Robotics Stars from MEGHIS, who won the preliminary contest in Ghana, emerged as World Winners.

The World Robotics and Coding Competition was made up of 12 regional groups from Africa, Europe, Asia, North and South America.

There were six competitive stages at the final competition.

This was after going through six competitive stages of the final competition.

All four sets of teams presented by MEGHIS at the regional level won in their respective zones and accrued the highest points using Method K20 as their coding key.

The operational challenge for the competition, named BasketBot is a robotics and coding competition which saw contestants code robots to draw balls from baskets into their zone.

Participants had one week to code and submit before the final competition.

After several rounds where schools were dropped, the final round was between Methodist Senior High School from Ghana and Avenues FLL MG Team from Avenue World School based in New York, USA.

To inform Ghana’s Education Ministry of the win, a delegation from Methodist Senior High School was led by the Headmistress, Winnifred Seibu Arthur and Benjamin Amoako, Robotics Patron.

The School presented 13 second year students in the robotic club who participated and emerged as winners of the World Robotics and Coding Competition organized virtually by Intelik/Robogroup from the USA and Israel to the Director General and Management of the Ghana Education Service.

The Deputy Director-General of the Ghana Education Service (GES), Dr Kwabena Bempah Tandoh, (Quality and Assess) who received the delegation on behalf of the Director-General, said this feat will be remembered for a long time.

“Your achievement will go down into the archives and your names and that of the school have been written in gold for generations unborn to learn from”.

“Keep your heads high and remain focused on your studies as you have already demonstrated your prowess to excel in academic pursuit beyond the shores of Ghana,” he added.

This competition equips students with knowledge in problem solving, critical thinking, and the use of virtual platforms which is a tool for learning in the 21st Century.