This article follows up on Eric Osiakwan’s previous op-ed, which you may find HERE

These stories are significant because these companies are owned by a vanguard of African corporate executives turned entrepreneurs who have built their respective ventures into global success stories such that these news items are first in their class (Liquid Telecom is majority owned by Strive Masiyiwa from Zimbabwe, the shares of Convergence Partners is controlled by South African Andile Ngcaba, ETI was co-founded by Gervais Djondo from Togo7 and Adeyemi Lawson from Nigeria8 and built as the first indigenous Pan-African bank by Nigeria’s Arnold Ekpe9). Gervais, Adeyemi, Andile, Strive and Arnold worked in government and corporate Africa at the highest level before becoming leading lights for the new generation of top-performing African entrepreneurs. Accordingly, in this concluding segment to end the first quarter of 2021, I present the stories of Ghana’s Marcia Ashong, Kenya’s Aziz Omar and Ivory Coast’s Alexandre N’Dore highlighting their unique strengths at the end.

As Adesuwa Okonbo Rhodes advocates for more tables in this quote “I believe the way to effectively provide women with more seats at the table is for us to create our own tables. More women succeeding as capital allocators means more women getting funded, more mentors, more torchbearers, more examples to follow. We don’t need more seats, we need more tables!” which ended part one of this essay10, Marcia Ashong, CEO of TheBoardroom Africa, has being getting more women at the tables in corporate boardrooms since launching her venture in January 2016 in Ghana. Prior to this Marcia was in Ivory Coast heading the country operations for a major oil service company with responsibility for over 100 employees and contractors. According to Marcia, leadership ladders are shaped like pyramids: women are well-represented at the bottom, and yet, based on her experience, as one ascends women become more scarce and, for her, it was obvious that the problem started with the structure of corporate boards. “There is a strong link between the diversity of a board and the collective intelligence that leads to improved decision-making and better governed entities” Marcia said. Women bring openness to new perspectives, collaboration, inclusiveness, strength in ethics and fairness and, as such, the lack of women in the corporate boards has tremendous implications on governance standards and business performance. They have placed more than 37 women on boards of which 25% are first timers and graduated over 100 women in their governance programme. 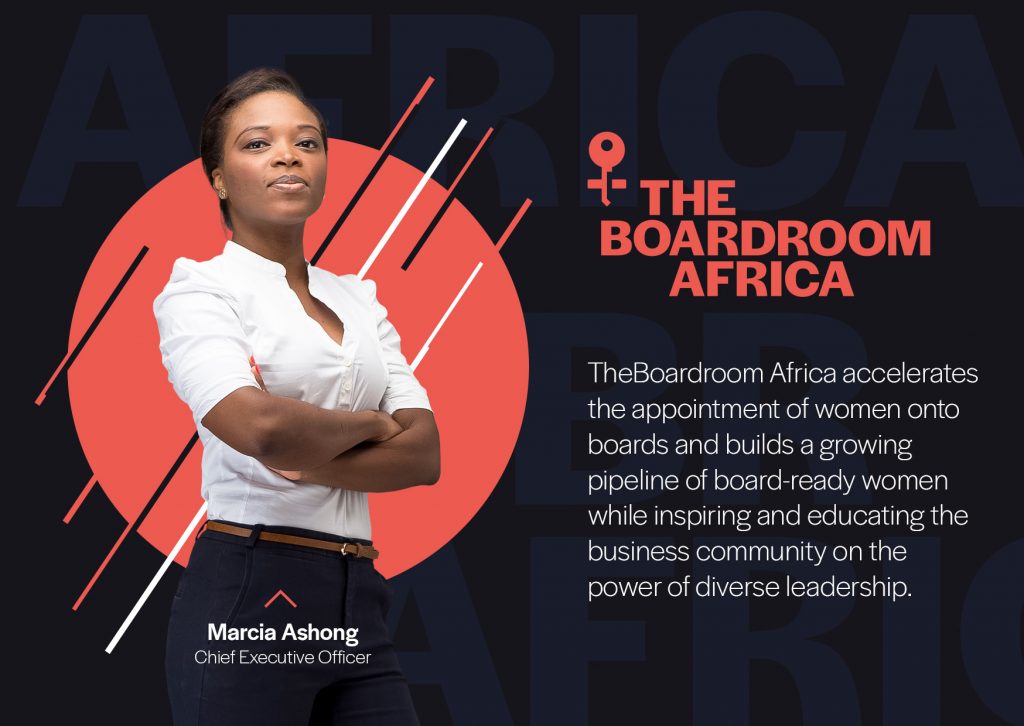 Aziz Omar started in the international NGO world then moved to government earlier in his career. Aziz’s day of reckoning came in early 2011 when he faced the loss of an employment opportunity in the Kenyan government because his appointment letter was stuck in the post office and by the time, he got it, the job was already offered to someone else. That led him to co-found and build the world’s first mobile postal office known as MPost. Aziz and his team have grown MPost to a stage where his co-founder has taken over the management of the operations. In the middle of the pandemic (January 2021) Aziz launched his second venture SaveApp – a platform that allows one to roundup their spare change and save it. Clients can later redeem those savings via instant gratification options like promotional vouchers or convert them into retirement savings through direct pension contributions. Launching a new venture in a pandemic speaks to the enormous experience and grit that Aziz had gained from his previous ventures. According to him “We believe as a company that our solution targeting SMEs and Africa’s grow youth in regard to micro-pensions and savings seeks to guarantee Africa’s socio-economic development and the move to a more digital future”. 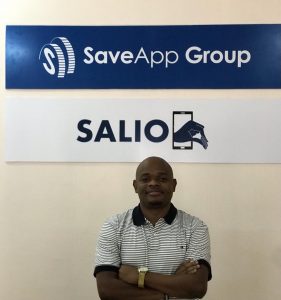 Alexandre N’djore started his corporate career at MTN Cote D’Ivoire as Logistics Manager, was there for almost three years and then moved to Millicom which owns the Tigo mobile brand. At Millicom he rose through the ranks and became head of digital operations in Tanzania. Tigo Kilimo, a platform he had built for farmers got one of them almost in tears because the poor farmer had been able to multiple his income threefold through the platform. He then built Tigo Bima which went viral, quickly accumulating over 562,000 users in just 18 months with zero budget for advertising. Realizing that he could do this on his own, Alex left Tigo to start Digitech, an insuretech platform in January 2016 that allows the purchasing and processing of insurance digitally. The company which offices in Seychelles and South Africa has leading insurance and reinsurance companies such as Sanlam who have sold more than 10,000 policies and CICA-RE who have processed 7M policies for 200 companies from 14 countries worth 55MUSD on their platform. 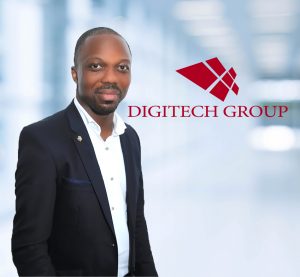 The journey from the corporate world to entrepreneurship, as outlined in the aforementioned case studies, comes with three distinct advantages;