According to information published by the Irish Embassy of Lusaka 61,300 cases of Irish Whiskey were sold in the Zambian market in 2019 (the most recent numbers available). This means Zambia consumes on average 735,000 bottles of Irish Whiskey (in essence, Jameson) per year and represents nearly 10% of the total consumption of Irish Whiskey in Africa (8,592,000).

Consumption has increased from an estimated 1,500 annually in 2010. Based on the current retail price of around K400 per bottle this brings in an estimated K294,000,000 (US$15M) in revenue annually. This makes Zambia the #1 Breakthrough Market in Africa according to the embassy.

It is clear the average Zambian alcohol consumer has developed a taste for Irish Whiskey. But with an increase in alcohol consumption there is also a risk in the increased effects of alcoholism and increased substance abuse amongst minors. As prices continue to rise the average consumer can no longer afford genuine Whiskey and have opted for home-brewed solutions. 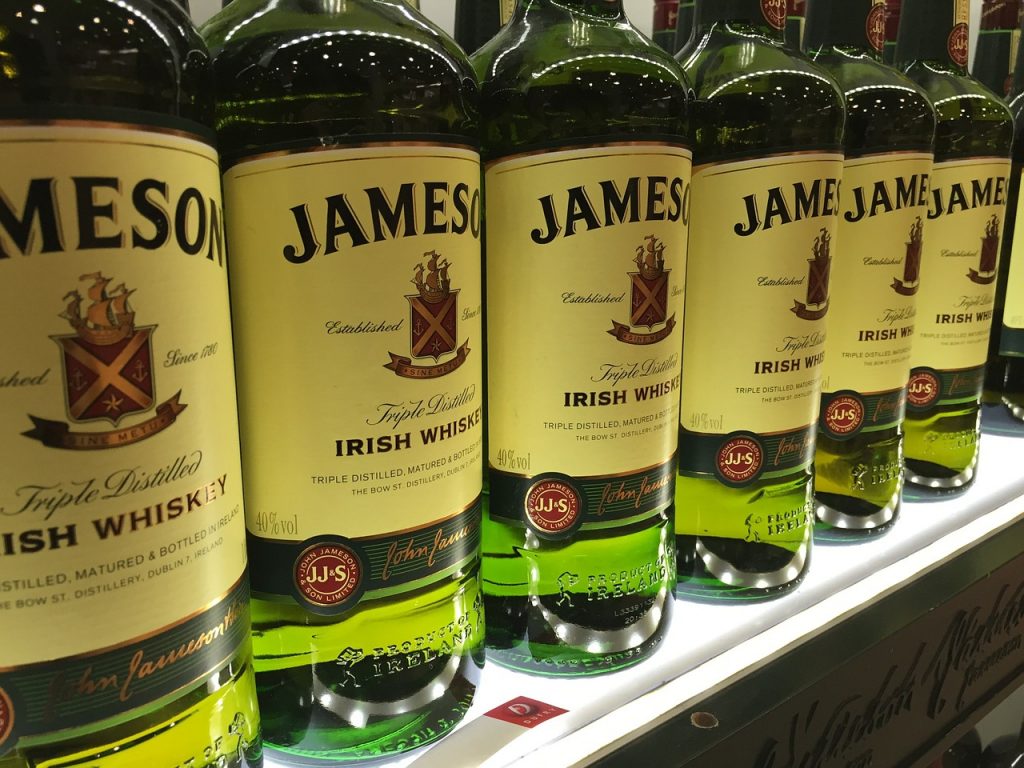 To many Zambians, Jameson is more than just a drink. The Irish whiskey brand was founded in 1780 and is one of the oldest whiskey distilleries in the world. The company was started by John Jameson who was a lawyer at the time. Today the company produces nearly 8 million cases of whiskey annually and is estimated to be worth US$2B by its Irish parent company.

Recently the company has seen a 1% decrease in sales over the period of 2020 as a result of COVID 19 lockdowns. Zambia is estimated to be one of the most profitable markets for the company as we currently have one of the highest levels of alcohol consumption per capita in the world.

So why do Zambians love Jameson? Maybe it’s because Chipata is nicknamed Fort Jameson. Maybe because the bottle stands out. The real answer is impossible to figure out but it definitely has something to do with marketing. Recently the brand has taken notice of its popularity and has taken the initiative to increase investment in the country.

Over the last few years the brand has hosted the Jameson Connects parties., created the Jameson Radio Show which you can find on Youtube and have tapped into the Zambian influencer circles for star-studded adverts. The brand has built a loyal following amongst younger drinkers and maintains the loyalty of the older generations too.