The 5th CTA’s Economic Briefing – perspectives for Mozambique in 2021

The Mozambican Confederation of Business Associations (CTA) today held its 5th Economic Briefing, analysing the performance of Mozambique’s economy and offering insights into the country’s macroeconomic scenario. The online conference was attended by several key players in Mozambique’s private sector and the Mozambican Minister of Industry and Commerce, Carlos Mesquita.

CTA’s President, Agostinho Vuma, made the introductory speech in which many of the key insights were offered for the last trimester of 2020 as well as the perspectives for 2021 and its many challenges.

Agostinho Vuma explained that the Macroeconomic Index for the last trimester of 2020 fell 1%, from 47% to 46%, owed to several factors, which include, in summary: 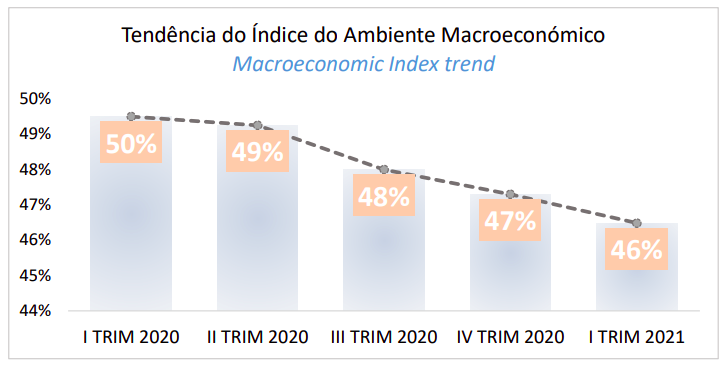 According to CTA’s analysis, the combination of these macroeconomic factors, as well as the coronavirus’ second wave of infections, saw the private sector’s business revenues decline by over 26%, thus contributing to a drop in CTA’s Business Robustness Index, from 40% in the third trimester to 28% for the last trimester of 2020.

The security threats faced by the country in the gas-rich northern province of Cabo Delgado, have since then impacted business confidence for 2021, with foreign investment having been put on hold, CTA’s president claims, offering that over 40 contractors connected to Total’s Area 1 LNG project have been directly impacted by the suspension of operations, their losses amounting to US$148,11M, mainly due to infrastructure damages, suspended payments under the force majeure and perishable goods which had already been purchased by said contractors. 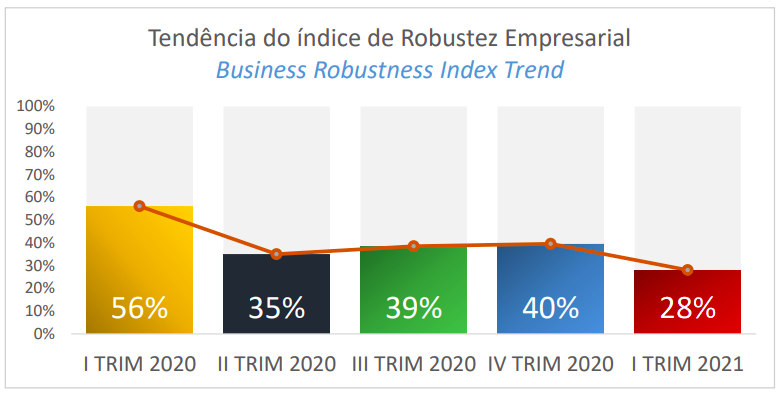 To this effect, CTA offers short-term and long-term solutions in order to mitigate the effects of the security threats, including:

The appreciation of the metical

Regarding the recent appreciation of the mozambican currency, the metical, which appreciated over 35% since the begining of the year against the US dollar, Agostinho Vuma provided CTA’s take on the trend:

“The market has been looking for answers that would explain the metical appreciation. In CTA’s view, the role of major importers and the interventions by the Bank of Mozambique have played a crucial role.”

“In regards to the importers, only 30 companies accounted for 46% of the total US$6,4B of imports in Mozambique in 2020. This concentration means that the slightest change on a few importers can play a big role in the foreign exchange market. In the begining of 2021, the majority of these importers reduced their foreign currency payments as much as possible, due to the covid-19 restrictions and the security threats we have already touched upon.”

“Additionally, the Bank of Mozambique has been active in the first months of 2021, having sold US$165M to the interbank foreign exchange market, a clear shift in policy in relation to 2020, where no foreign currency was injected into the market”.

With regards to the perspectives for the economic developments for the year to come, CTA expects: