South African Airways (SAA) aims to restart flights before September, the airline’s chief executive has said. However, the airline will closely monitor the COVID-19 pandemic and is also looking to resolve an ongoing pilot dispute before committing to a firm date.

South African looks to restart in July or August

After canceling all commercial operations in September last year, SAA is looking to resume flights before September this year. The airline has set a tentative target of July or August, although it will depend on the progression of the pandemic.

Additionally, SAA is currently dealing with a pilot dispute involving salary payment and proposed layoffs. The disagreement has been going on for months, with no resolution currently in sight. The airline plans to meet with pilots again today to arrive at a solution.

“As a draft or as a proposal we are looking at July-August 2021. However, these dates come with some complexities, the issue of COVID-19 is something that we still need to consider … and there is a complex matter that we are dealing with of pilots as well.”

Can the airline turn it around?

SAA has been in troubled waters for a long time now. The airline only recently exited administration, a state it had been in since December 2019. The loss-making airline was forced to return 40 planes from its fleet of 49 aircraft to lessors whilst unsuccessfully putting the remaining aircraft up for sale. 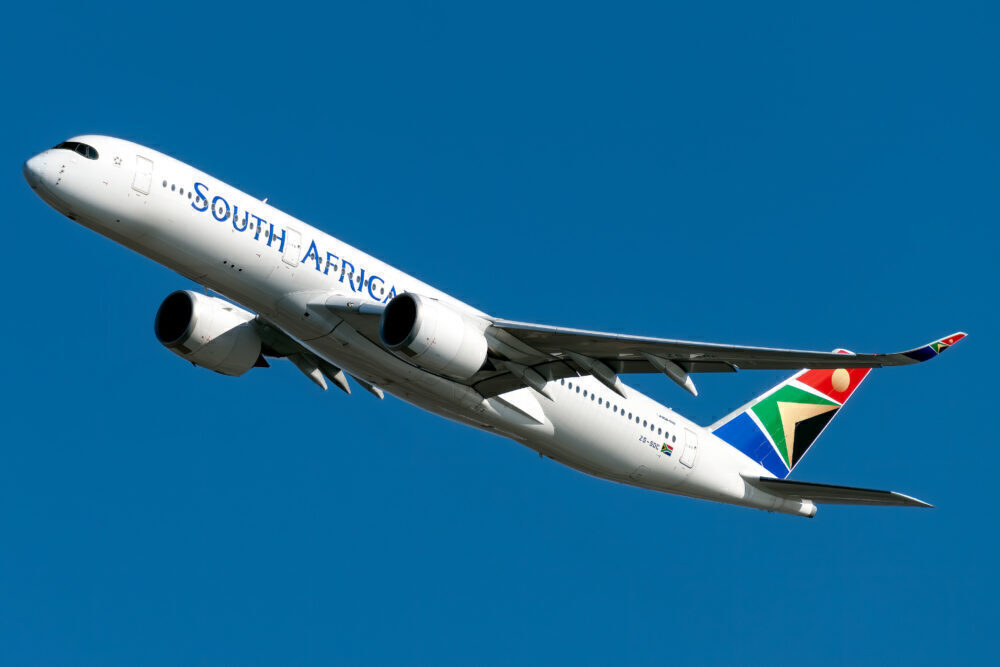 The carrier has been reliant on state-funded bailouts to stay afloat. The latest financial package promised R10.5 billion ($745 million) to the airline, of which it has reportedly received R7.8 billion ($550 million) so far. Before this, SAA received an even larger bailout package worth R21 billion ($1.49 billion) in June 2020.

SAA also trimmed its 4,700-strong workforce down to 1,000 to cut costs and even resorted to auctioning off surplus equipment such as luggage, chopsticks, toothpicks and earplugs to desperately raise capital. The airline appointed a new leadership team in April, instating its fifth CEO in five years.

A third wave could be on the way

Officials in South Africa are warning of a third wave of COVID cases in the coming weeks, with new infections rising by 46% in the last week. Certain provinces in the country have recorded a surge in cases, while the country’s health department has detected both the Indian (B.1.617.2) and UK (B.1.1.7) variants of the virus in circulation.

The National Department of Health said in a statement,

“We have not yet hit the third wave, however, we are at risk and we hence need to be on heightened vigilance as a country.”

Thankfully, experts believe the expected third wave will not be as damaging as the second wave it went through in January. This is because around 40% of South Africa’s population has already contracted and recovered from COVID-19. With a possible tightening of travel restrictions on the horizon, SAA will hope its much-anticipated restart won’t be too badly affected.