Radisson Hotel Group is proud to announce the signing of Radisson Hotel Djibouti. The hotel marks the Group’s entry into the country and brings its East African portfolio to 18 hotels and over 2700 rooms in operation and under development, strengthening its strategic position in the region.

This new signing further underscores the Group’ presence as the hotel company active in the most countries on the African continent with close to 100 hotels in operation and under development.

This new-build 144-room hotel, scheduled to open in 2024, will comprise not only of modern standard rooms and suites, but will also have accessible rooms, designed for wheelchair access. Dining options will include light snacks at the lobby café, international and local cuisine at the all-day-dining restaurant, and refreshing drinks at the poolside juice bar. Boasting an expansive meetings and events area, the hotel will offer a variety of versatile venues, including a ballroom, five meeting rooms, a pre-function area, as well as break out areas. The leisure facilities will include a spa, gym, and an outdoor swimming pool.

Just 15 minutes away from Djibouti International Airport, Radisson Hotel Djibouti will be located in the heart of the city, surrounded by key infrastructures such as the Djibouti Port, Djibouti Free Zone, international headquarters, shopping malls and the seaside, providing the ideal base for business and leisure. 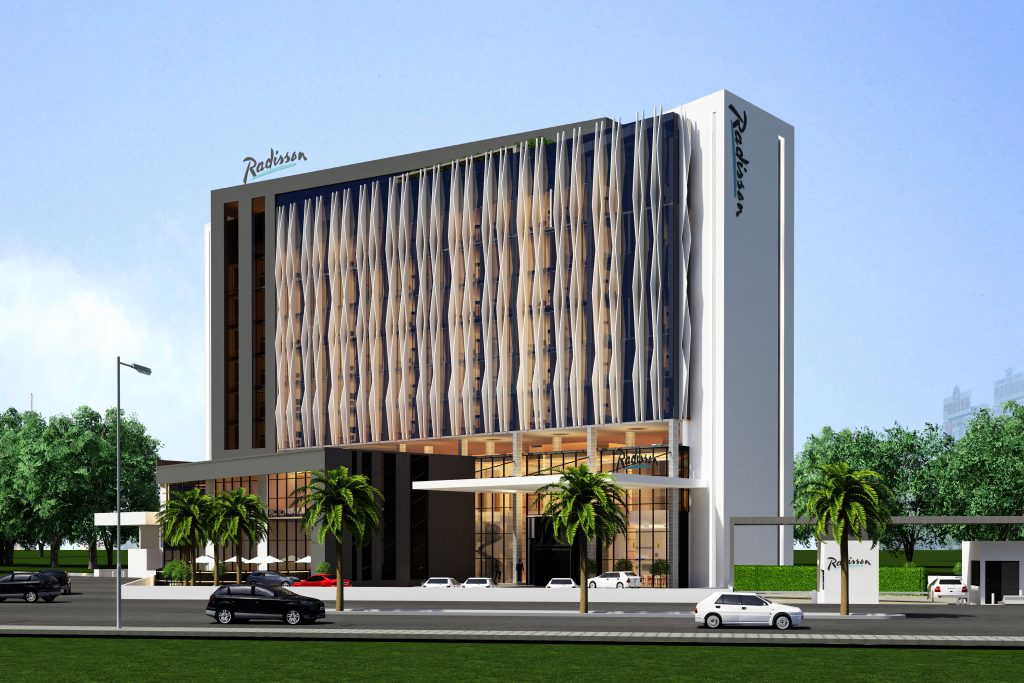 Erwan Garnier, Senior Director, Development, Africa, Radisson Hotel Group said: “We are delighted to mark our entry into Djibouti with Radisson, currently our fastest growing upscale brand in Africa. With its existing limited branded hotel supply, we are confident that Radisson Hotel Djibouti will be the country’s leading internationally branded hotel. Along with our partners, Salaam Properties, we are proud to be contributing to the Djibouti Vision 2035 strategy for economic diversification which relies strongly on the growth of the tourism industry.”

Fatima Zahra, Manager, Salaam Properties, the hotel’s owning company, said: “We are thrilled to be contributing to the growth of the region’s upscale tourism industry, together with our partners, Radisson Hotel Group. We are confident that Radisson Hotel Djibouti will help boost the capital’s economy through hundreds of jobs created both directly and indirectly, a significant achievement, especially during these challenging times the world is witnessing. The hotel is another great milestone in Salaam Properties’ successful investments within Djibouti’s burgeoning tourism sector. The country truly is a leading regional tourism and economic hub with significant potential to be further explored.”

Djibouti’s strength lies in its strategic location at the southern entrance to the Red Sea, forming a bridge between Africa and the Middle East. Djibouti is a key market in East Africa due to its port complex, considered one of the most sophisticated in the world at the intersection of major international shipping lanes connecting Asia, Africa, and Europe.

Radisson Hotel Group’s top priority is the continued health, safety and security of its guests, team members, and business partners. The Group applies its Radisson Hotels Safety Protocol created in collaboration with SGS, the world’s leading inspection, verification, testing and certification company, and recently unveiled its new comprehensive testing program as the first hotel group to roll out a rapid testing service for meeting and event attendees at properties across its EMEA portfolio.