Ethiopian Airlines has been the fastest-growing airline in Africa over the past decade or so. It has succeeded where many other airlines have struggled, largely due to a strong plan set out in 2010. In December 2020, it won the best African airline award in the Decade of Airline Excellence Awards. How has it risen to this level?

The origins of Ethiopian Airlines

Ethiopian Airlines began was founded in 1945 and started flights in 1946. Emperor Haile Selassie I asked foreign countries to assist the modernization of the country and the foundation of a new airline. With backing from TWA, it acquired five Douglas C-47 aircraft from the US government and began regional flights from Addis Ababa. The first regular flights were to Cairo and Asmara. Khartoum, Djibouti, and Aden were soon added. Flights further afield began in 1948 with Bombay.

The airline received further funding in 1950 from the US Export-Import Bank. This helped it acquire newer Convair aircraft and start flights to Europe. Another loan saw the DC-6 introduced in 1956. 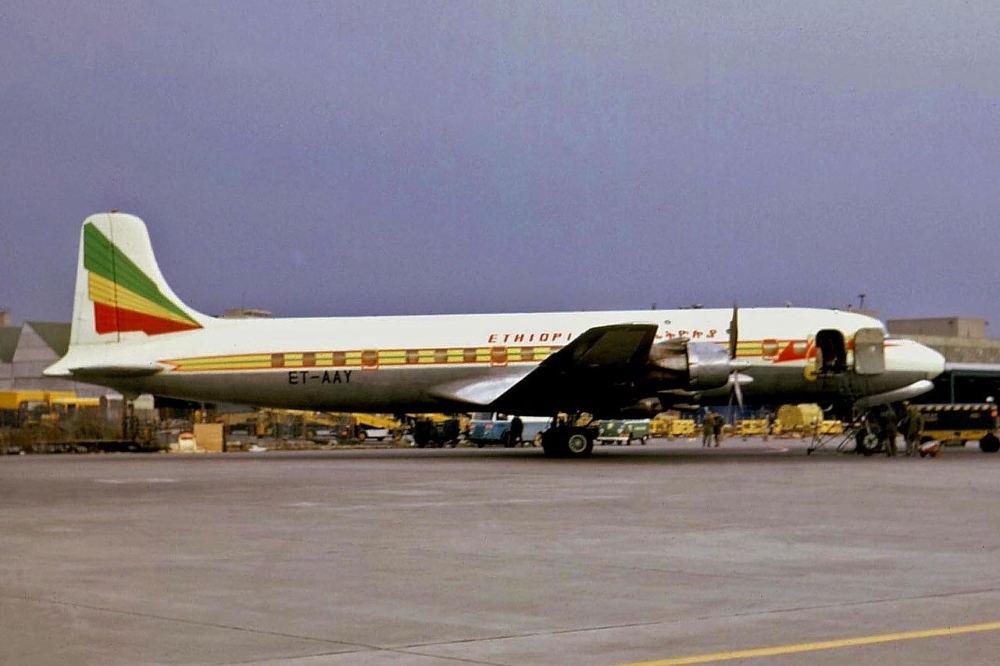 Ethiopian was the first African airline to order the Boeing 767, with delivery in 1984. By the end of the 1990s, it was also flying to South Africa (Johanessburg), Asia (Beijing and Bangkok were the first destinations), and the US (New York and Washington DC). Its role as a global hub airline was well on the way to developing.

South African Airways was a major competitor at the time, also developing global connections. It had started flights to Europe in 1945, Australia in 1958 (Perth with a DC7 aircraft), and New York in 1968. It took delivery of its first 747 in 1971 (and went on to operate 23) and began longer routes, including Seattle, Hong Kong, and Taipei.

South African Airways’ growth was to hit problems, though. There were troubles in the country under apartheid during the 1980s. And due to international opposition, many flights were stopped. This included all flights to the US and Australia. While they served different markets, the problems at South African likely gave Ethiopian Airlines a boost at a key time in its growth.

The rise of the airline to be the best in Africa really started in 2005. At the time, the airline was behind South African Airways, EgyptAir, and Kenya Airways in terms of passenger numbers. But it launched a plan to grow its passenger volume to three million by 2010.

By 2010, it had exceeded this target. Air Transport World named it the most profitable airline in Africa that year. It launched a new expansion plan, dubbed ‘2025-Vision.’ This was a much more ambitious plan to become the leading African airline. It aimed to increase passenger volume to 18 million and more than double its fleet to 120 aircraft.

The ‘2025-Vision’ plan worked, in fact, better than expected. By 2018, it has already increased its fleet to over 100 and has to revise its target (as reported by Reuters). Chief Executive Tewolde Gebremariam said at the time:

“We have expanded more than we planned. We had to revise the objective to make it 150 airplanes or more by 2025.”

Ethiopian Airlines became the largest African carrier (by passenger numbers) by 2019. Simple Flying looked at this impressive growth in more detail at the time. We noted that in the year to 2019, passenger volume had risen 14%, compared to IATA’s predicted average annual increase for Africa of 4.6%. This was accompanied by a revenue increase of 30% (US$3.9 billion) for the year to 31 July 2019.

Investment in other airlines

As well as growing its hub traffic in Addis Ababa, the airline has looked at adding connectivity elsewhere in the region. With political and financial restrictions, one of the best ways to do this is through investment in other airlines. In 2013, it took a 49% stake in Malawi Airlines.

And in 2018, it started working with the Zambian government to relaunch Zambia Airways (in which it took a 45% stake). It also has taken stakes in ASKY Airlines and Ethiopian Mozambique Airlines.

In reporting by Reuters in 2018, Tewolde explained how it would be difficult to compete with just its hub in Addis Ababa and that it is also discussing potential joint venture carriers with Chad, Djibouti, Equatorial Guinea, and Guinea.

And just like in the 1980s, South African Airways has suffered distraction as Ethiopian expands. As of 2020, it remains in a troubled financial state.

Performing well through the pandemic

The airline’s rise up to 2019 was very impressive, and it certainly looked well on track to become Africa’s best airline by 2025. Equally impressive, though, is its performance in 2020. Of course, airlines worldwide have suffered from restrictions and the slowdown in aviation, but Ethiopian stands out amongst African airlines for how well it has performed.

Ethiopian has survived so far without seeking a bailout, while major rivals South African Airways and Kenya Airways have both looked for help. South African Airways remains in financial difficulty in late 2020, despite a bailout package finally being agreed by the government. In fact, there has even been discussion in 2020 of Ethiopian taking a stake in South African (although this would be limited by law to 25%).

So, how has Ethiopian managed to get through better than other airlines? Firstly, it started the year in a much stronger financial position. Its strategy to grow revenue and passengers dramatically certainly came at a good time.

But above this, it attributes its success to the agility of the airline and its ability to adapt. It responded very quickly to the pandemic, converting 25 Boeing 777 aircraft for cargo use when it saw a huge reduction in cargo capacity taking place. And it has been very active in providing repatriation flights, working with governments, and offering flights to several destinations it has not served before.

“Number one is our agility. [Ethiopian is] not just an airline, it’s a complete aviator. We have a lot of strategic business units like ground handling, catering, repair, maintenance and overhaul, our aviation academy, full cargo, a full international passenger network … So when one line of business is failing, it is easy for us to switch to the other because, by strategy, we have been well situated with a diversified business.”

By September 2020, the airline was already back to 40% capacity. Some of this is due to cargo demand, but it is returning passenger services when it can. And it has significantly ramped up domestic flights, a great boost while it waits for international travel to resume. It seems likely that its approach and agility will continue to keep it ahead of the struggling competition, however long it takes.

Ethiopia has obtained 513.9 million US Dollars from the export of gold in the last eleven months of the current...