Following “recent occurrences in the market,” the Central Bank of Nigeria “would like to remind banks to desist from all and any forms of FX malpractices,” the regulator said in a statement on Friday.

Any lenders “found culpable with ongoing investigations” could have their foreign-exchange operating licenses suspended for at least a year, it said.

The naira had plunged to another record on Friday in the unauthorized market, defying efforts by the central bank to stabilize the currency, trading at 545 naira to the dollar, according to Abokifx, an online platform that tracks the data. That is a spread of about 33% from the official spot rate of about 411 naira to the dollar.

Individuals and companies have to rely on the parallel market for their foreign-exchange requirements because the central bank is rationing dollars. The regulator’s plan to throttle the illegal market — by banning sales to money traders to reprimanding people who profit from the arbitrage — isn’t working and dealers are speculating the currency will weaken further.

“The central bank’s capital controls have forced some of the demand to the parallel market,” said Omotola Abimbola, an analyst at Lagos-based investment bank Chapel Hill Denham. Nigeria’s proposal to sell overseas bonds and the inflow of the International Monetary Fund’s special drawing rights offers the central bank “a window of opportunity” to improve supply and end the arbitrage, he said. 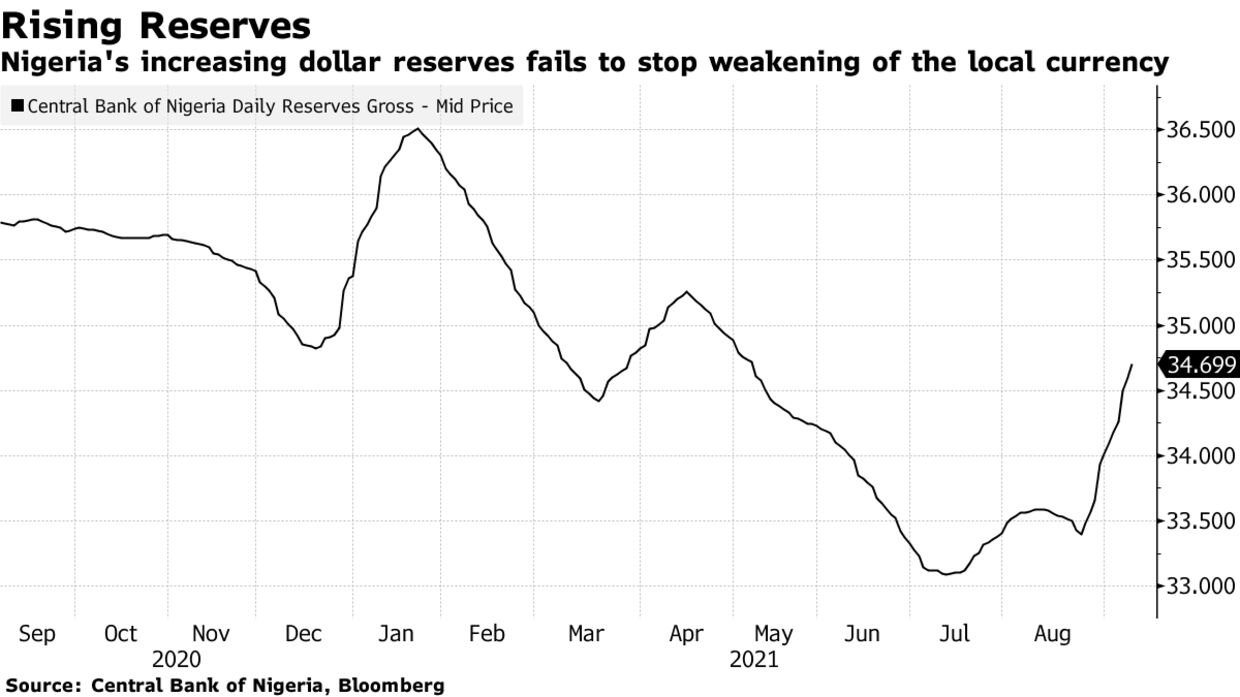 Even the increase in Nigeria’s foreign-exchange reserves, which rose to $34.7 billion on Thursday, the highest in four months, isn’t helping.

“We are seeing a lot of pressure from people with urgent needs like overseas school fees and treatment abroad,” said Yahaya Bello, a money changer in Abuja. “The demand for dollars is very high right now and it is not available both in the bank and our market.”