Dr. Akinwumi A. Adesina, President of the African Development Bank Group, has been named Leadership Person of the Year by the Leadership Newspaper Group in Nigeria.

“In appreciation of his immaculate public service record and extraordinary accomplishments in promoting the expansion and development of the African Development Bank Group,” the award was presented.

“In the past five years, during which Adesina has presided over the African Development Bank, conscious efforts have been taken to re-dedicate the Bank to its basic idea of ‘Building Today a Better Africa Tomorrow,’” stated Azubuike Ishiekwene, Senior Vice President, Leadership Group Limited.

“Dr. Adesina and the other awardees are deserving of this award.” Much is expected of those who are given much.” At the award event, Dr. Adesina was represented by Lamin Barrow, Director General of the Bank Group’s Nigeria Country Department. 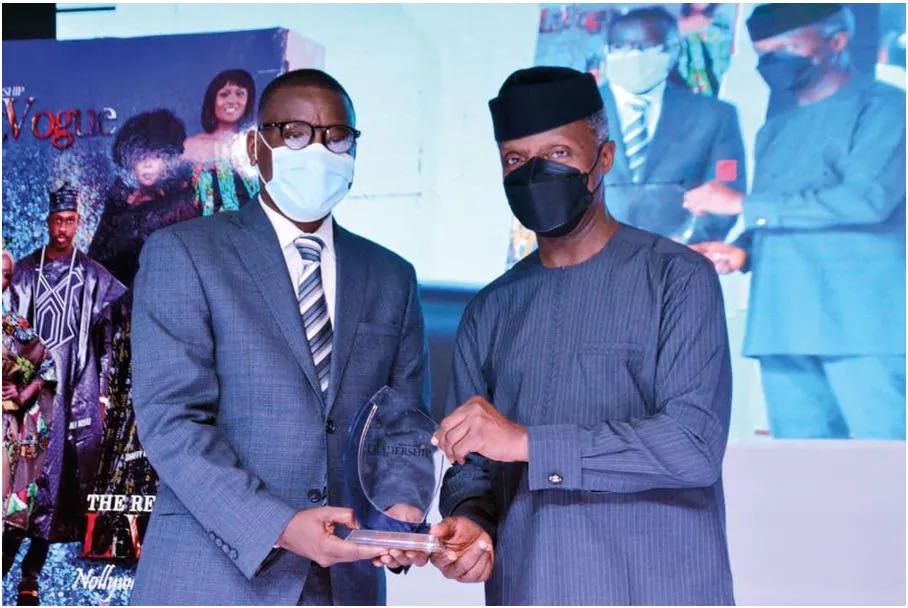 “I am exceedingly honored to be bestowed today with the Leadership Newspapers Group’s Leadership Person of the Year award,” Dr. Adesina remarked. I congratulate my co-awardees on receiving this prestigious award. One of Nigeria’s most informative publications and media organizations is The Leadership Newspaper. Their track record of fostering good government and transparent leadership for Nigerians speaks for itself. I’d want to take this opportunity to thank your founder, Sam Nda-Isaiah, for his insight, determination, and perseverance in building Leadership Newspapers into what it is today. May his soul rest in eternal peace.”

The Governor of the Central Bank of Nigeria, Godwin Emefiele, and the Governor of Borno State, Babagana Zulum, were among the other awardees in the category.

Dr. Adesina has consistently championed development policies and programs that have a direct impact on the lives of ordinary Africans, reinforce regional integration, and position the continent on a path to self-sufficiency as an agricultural economist with several distinctions in academia, development financing, and administration.

Credit Suisse to pay at least US$400M in Mozambique scandal