Eugene Mutangana is the conservation management expert with the Rwanda Development Board (RDB), the department in charge of Rwanda’s incredible parks and wildlife. Prior, Eugene was the chief park warden of Akagera National Park, located in the eastern part of the country. A staunch conservationist, Eugene recalls rampant cattle encroachment, fires, and poaching—and the resultant dramatic decline in wildlife. Without an adequate budget, team, and capacity, park staff could not overcome these threats.

Convinced of the value of Akagera National Park to the country, the government of Rwanda made the decision to partner with the NGO African Parks to manage it under a collaborative management partnership (CMP) in 2010. In time, park operations became more effective and wildlife—such as rhinos and lions—recovered. As a result of the enhanced management, ecological rebound, and the long-term perspective of the CMP agreement, leading tourism investors like Wilderness Safaris and Mantis developed world-class facilities in Akagera. By 2020, the park generated more than $2.5 million annually from nature-based tourism and employed 273 people (99 percent Rwandan). The partnership between RDB and African Parks helped convert a non-operational conservation area into an engine for the local and national economy—securing livelihoods, protecting globally significant wildlife, and preserving critical ecosystems.

What is a Collaborative Management Partnership?

A CMP is a contractual arrangement between a protected area (PA) authority (government, private, or community) and a partner (private or NGO) to collaboratively manage a PA.  Through this public-private partnership (PPP), the PA authority devolves certain management responsibilities—and in most cases funding obligations—to the partner. The duration of the contract varies and depends on the goals of the PA authority.

Not all CMPs are the same.

There are three different kinds: (i) financial and technical support, where the PA authority retains governance control and the partner provides support; (ii) co-management, which includes bilateral, where the state and partner agree to collaborate under a management agreement working side-by-side in the PA, and integrated, where the state and partner collaboratively manage through a special purpose vehicle (SPV) with equal representation on the board; and (iii) delegated, similar to integrated but more rights are devolved to the partner and the majority of the board is appointed by them. These models are described in the Collaborative Management Partnership Toolkit.

Like Rwanda, 14 other countries in Africa have entered into co-management and delegated CMPs, covering more than 11 percent of Africa’s PA range.

Why are so many governments engaging in CMPs?

Even though the value of biodiversity and the role PAs play in securing the world’s natural capital and ecosystem services and mitigating the impacts of climate change are widely recognized, there is a massive funding gap for ensuring protected areas are adequately managed.  For example, researchers found that in Africa $1.5 billion is needed annually to effectively manage PAs with lions. This funding gap and other factors have led to the underperformance of many PAs—putting species, ecosystems, and inclusive development at risk.

While some of the early CMPs were developed in the 2000s in response to elephant poaching; more recently, governments have been strategically engaging partners in PA management through CMPs to offset PA budget deficits, enhance rural development, achieve national and global conservation commitments, and attract tourism investment. A new World Bank publication shows that for every dollar governments invest in protected areas and support for nature-based tourism, the economic rate of return is at least six times the original investment.

The Global Wildlife Program (GWP), a partnership funded by the Global Environment Facility (GEF), assists governments in leveraging the full potential of PAs. For example, the GWP-supported Forest and Economic Diversification Project, administered by the World Bank, is supporting Nouabale-Ndoki National Park—currently managed under a CMP between the government of the Republic of the Congo and the Wildlife Conservation Society. The project is improving access to the park and its physical tourism infrastructure, including lodging and catering. By employing local guides and supporting cultural activities, the project seeks to diversify livelihood opportunities in the area and ensure the local population benefits from the park’s success. A marketing campaign is a critical asset promoting the park.

Researchers found the median funding for PAs in Africa with CMPs is 2.6 times greater than the baseline of PAs without CMPs, and 14.6 times greater for delegated CMPs.  This increase in funding enables PA authorities to plan appropriately, hire staff, and attract sustainable investment.

Mozambique has recognized this potential, with five co-management and delegated CMPs in place, and additional financial and technical support CMPs. The country’s Gorongosa National Park was decimated during the civil war, losing approximately 95 percent of large mammals. However, through a CMP between the government and the Greg Carr Foundation, the park is now one of the most successful recovery stories in the world. Building upon this success, a GWP project executed by the National Administration for Conservation Areas and the Gorongosa Project, supported by UNDP, is helping strengthen community-based wildlife management. 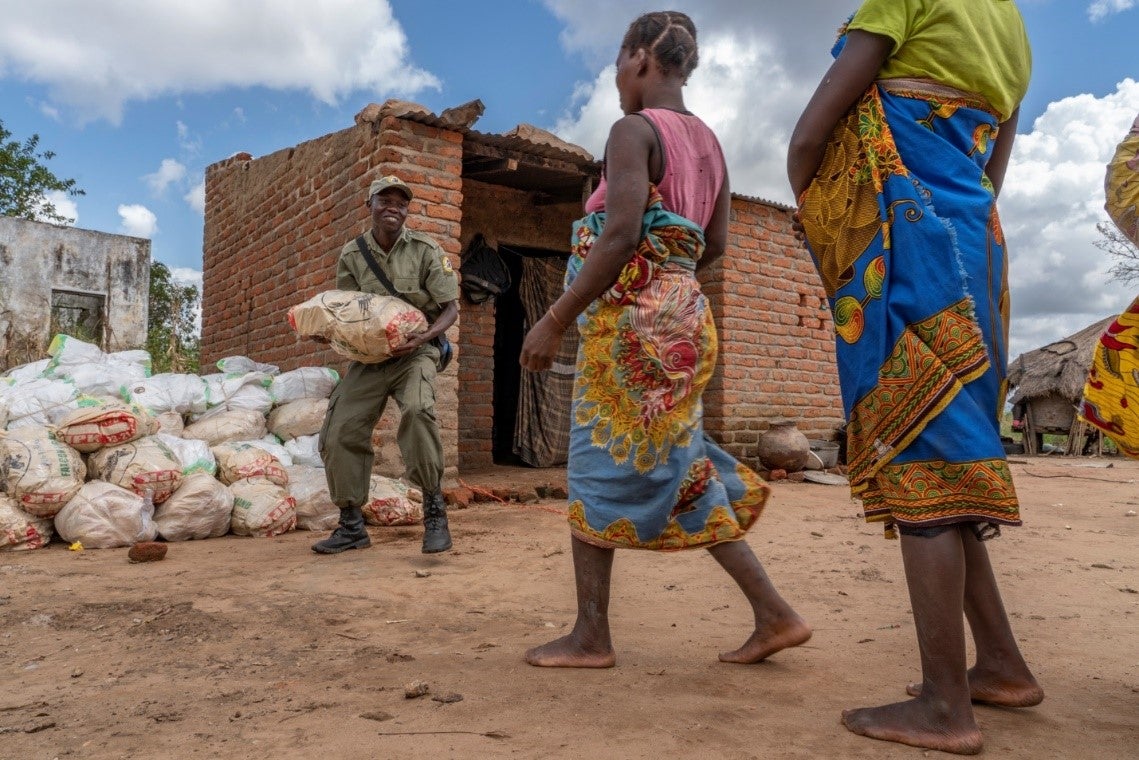 “I hope that the Gorongosa model creates new advocates and funders for integrated conservation and development projects in Mozambique and Africa by promoting a positive new vision of African national parks as ‘engines of sustainable human development.’” – Dominique Gonçalves, a Mozambican ecologist focused on elephant conservation in Gorongosa National Park.

This success and the strong interest in CMPs by governments and other stakeholders is why the GWP developed the CMP Toolkit. It is a resource for governments, NGOs, communities, private sector partners, and donors across the globe to learn how to engage in CMPs. As governments consider managing and expanding their PA network to prepare for the post-2020 biodiversity framework, the need for CMPs will grow.

If you would like to learn more about how CMPs can advance protected area conservation and development goals, click here.