During the COP26 World Leaders Summit, H.E. the Mozambican Prime Minister, Carlos Agostinho do Rosário, announced that by 2030 Mozambique will reverse forest lost and land degradation and 62% of the country’s energy mix will be consisted of renewable energy

Countries spanning from the northern forests of Canada and Russia to the tropical rainforests of Brazil, Colombia, Indonesia and the Democratic Republic of the Congo also endorsed the Glasgow Leaders’ Declaration on Forest and Land Use. Together, they contain 85% of the world’s forests, an area of over 13 million square miles. The pledge is backed by almost £14 billion ($19.2 billion) in public and private funding.

“Today, at COP26, leaders have signed a landmark agreement to protect and restore the earth’s forests.

“With today’s unprecedented pledges, we will have a chance to end humanity’s long history as nature’s conqueror, and instead become its custodian.”

In his speech, His Excellency Carlos Agostinho do Rosário also spoke about Mozambique’s energy transition:

“A priority for Mozambique is the implementation of an energy transition programme based on a diversified grid, with cleaner and more environmentally friendly energy sources, which are in line with our country’s development plans.

We defend a gradual and phased transition to minimize the impact on the economic development process of our country. It is within this context that Mozambique proposes to use natural gas as a transition energy towards cleaner sources’’

His Excellency the Prime Minister went on to announce a new renewable energy target. Mozambique’s goal is for 62% of power to the national grid to come from renewable energy sources by 2030. 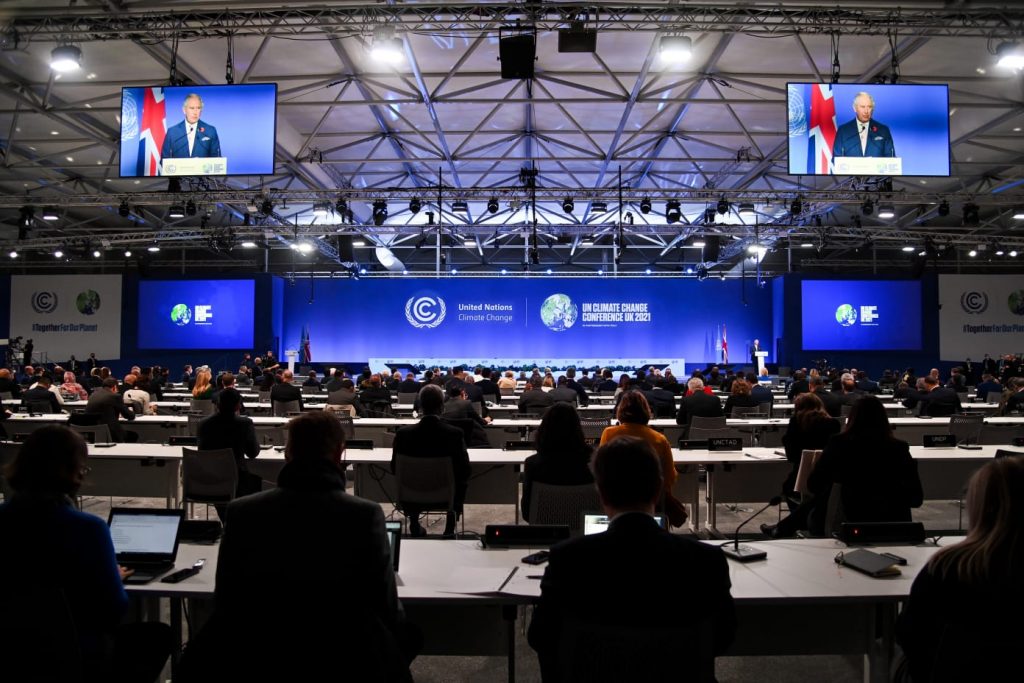 COP26 President Alok Sharma announced the new UK support for the Africa Adaptation Acceleration Program (AAAP) – an initiative endorsed by African Union leaders and led by the African Development Bank, Global Centre on Adaptation and the Africa Adaptation Initiative, to back African-led plans to accelerate resilience-building across Africa.

This follows Mozambique’s announcement of its updated Nationally Determined Contribution, which sets out the country’s climate commitments, at a COP26 side event. Despite being one of the most climate vulnerable countries in the world with very low emissions (less than 0.02% of the global total), Mozambique has increased its ambition on mitigation significantly. They will reduce their emissions per capita to just over a quarter of the global average rate required to keep the world from warming more than 1.5 degrees.

The Mozambican delegation in Glasgow will participate in various events over the two weeks of COP26, including on the blue economy, climate finance, adaptation and energy.