5 interesting facts about Christmas in Africa

While for the majority of African countries Christmas comes during the summer months, with lots of sunshine and colorful fauna, the Christmas spirit is very strong in most corners of the continent.

There are many African families who spend most of their year apart, with elders living in rural villages whilst the younger generation is often working in towns and cities, and for most Christmas time brings them together. In Southern Africa, Christmas still carries many of the traditions brought by the British while celebrations in the Northern Africa region are very unique from country to country, a reflection of the different religious demographics in the continent (mind that Christians make nearly half of Africa’s population).

Although many traditions have developed regionally, these are some of the most interesting facts that may come as a surprise to many.

In most African countries, church services remain the most important Christmas tradition. The season is way less commercial than in Europe or the US and it is still about honoring the birth of Jesus and despite COVID and aside from regional restrictions, you’ll find church services on both Christmas Eve and Christmas Day. In many countries, it is not rare to find nativity scenes, nativity plays, dance performances, communion tables, and even Christmas caroling.

In Congo, people bring a gift for their church’s Communion table. They also hold big musical events at their church with at least five choirs and a long nativity play.
In Malawi, you can see children going door-to-door singing Christmas carols and playing traditional instruments for small cash donations. While in Zambia, the churches hold nativity plays and locals sing carols in the streets.

In some countries around the world, the end of the Midnight Mass signals the time to go to bed to wait for Father Christmas. But in many African nations, it means the party’s just getting started! In countries like The Gambia, a joyous parade is held after the Christmas Eve church service. The locals dance through the towns with fanals – large lanterns made from bamboo and paper in the shape of houses or boats. The fanals are lit with candles inside and carried from house to house to collect donations. In both The Gambia and Sierra Leone, the towns also celebrate with colorful masquerade parties. No matter the size of the Christian population, almost every country in Africa has its own way to celebrate Christmas.

One can say that the culture of gathering friends and loved one for a meal is very important across Africa and Christmas is no different. Despite the everyday challenges families come together to celebrate the season and Christmas is marked by some of the best feasts across the continent.

In Kenya, it’s all about grilled meats at the nyama choma or meat and potato stew. South Africans agree, with their famous outdoor braais, or special barbecues at Christmas time.

Tanzanians like to roast a cow or goat to share around the village and wash it down with home-brewed beer, while in Liberia, you’ll find beef, rice and biscuits for your Christmas feast. In Nigeria, flavoured rice, tomato stew and fried chicken or goat are the stars of the festivities, while in Ghana, the locals dish up their famous Jollof rice, fufu and okra soup.

Whatever the country, Christmas meals in Africa are about sharing, inviting friends and family – everyone is welcome.

3. Not everyone in Africa knows Father Christmas

Although due to the commercial aspects of the season worldwide, it is inevitable that the Father Christmas figure becomes known everywhere. Nevertheless, in Africa, many countries just don’t believe in a red-suited jolly man arriving on his sleigh to leave presents for the kids.

In Kenya however, it is not uncommon to see Father Christmas depicted as arriving on a camel or bike instead of a sleigh while in Ethiopia and Egypt, outside larger cities his image is almost inexistent.

In Liberia, you’ll see Old Man Bayka, the ‘devil’ who doesn’t give presents but instead walks the streets on Christmas Day begging you for presents. Instead of saying “Merry Christmas” Liberians say “My Christmas on you” meaning “please give me something nice for Christmas”.

4. Christmas isn’t on the same date across Africa

In Ghana, Christmas festivities start as soon as December begins, with shops, streets, and homes decorated in lights and ornaments. There’s also double the celebration in Ghana, as Christmas falls at the same time as the end of the cocoa harvest.

5. Africa has its own Christmas trees 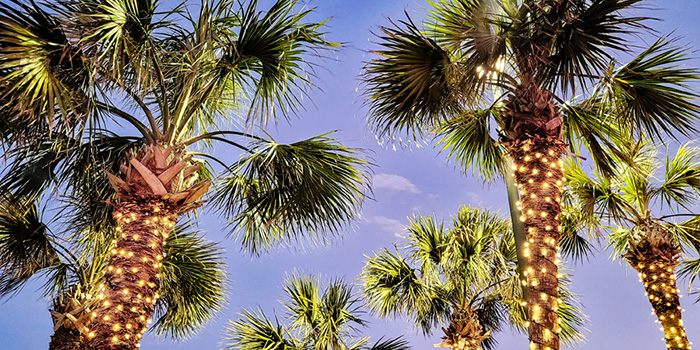 Many African countries follow the tradition of stringing up lights and ornaments to decorate trees. But in Africa Christmas trees can be a little different than the commonly used pine or fir tree elsewhere. It is not uncommon to see species ranging from Cypress trees to mango and palm trees decorated with elaborated ornaments like bells and candles, while larger shops and hotels in major cities usually put up more extravagant decorations going as far as to featuring fake snow and life-size gingerbread houses.

🎄 A blessed and Merry Christmas from all of us at FurtherAfrica.

Tags: 5 interesting facts about Christmas in AfricaAfrica has its own Christmas treesAfrican ChristmasChristmas isn’t on the same date across AfricaChurch services and Christmas carolingFeatureNot everyone in Africa knows Father ChristmasWeekend
ScanSendShare357Tweet223Share63Pin80Send

Nigeria will prioritise tax collection from its digital economy in 2022 and focus on non-resident firms with significant economic presence...