Congo is producing more than two-thirds of the world’s cobalt and the country is taking centre stage as major manufacturers pledge to combat climate change.

The pursuit of Congo’s cobalt has brought about the actual unpleasantness. Cobalt is essential for electric vehicles and the global fight against climate change.

It has become engulfed in an international circle of exploitation, greed, and deception. Kisanfu is a new cobalt and copper mine built in the Democratic Republic of Congo by a Chinese group.

Bulldozers are carving out a vast new mine to extract cobalt. Cobalt is essential to the world’s urgent struggle against global warming. An American company controlled a massive swath of undeveloped territory there. This was for more than a decade. A Chinese mining corporation has bought it, racing to exploit the valuable metal, and there is a lot of it. These lands hold millions of tons of cobalt.

Locals have been here long enough and can see what is ahead. The walls of their mud-brick homes will crack once the blasting begins. Chemicals will seep into the river, where women wash their clothes and do their dishes. A mine manager will soon make the announcement that everyone must move. They know the earth is valuable. They also understand that sharing the mine’s income will be selective.

Kisanfu is a forested area in the southeast Democratic Republic of Congo. It contains one of the world’s largest and purest undeveloped cobalt sources. Miners throughout history have shown interest in grey metal. You can often recover it from copper resources. But, they expect demand to skyrocket due to its use in electric-car batteries. This allows them to run for extended periods without recharging. 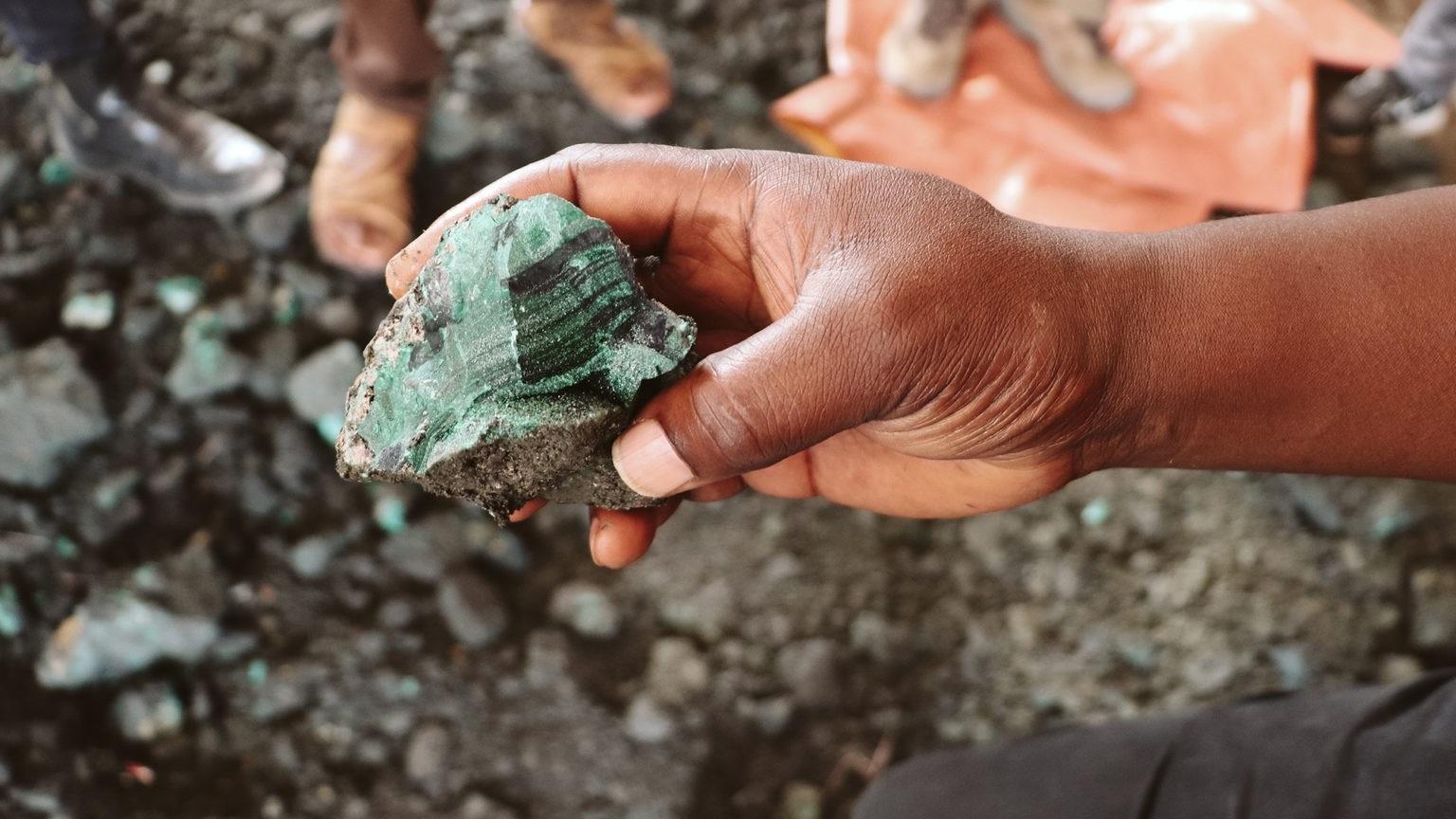 Outsiders follow a familiar colonial-era pattern. This is when they explore and plunder the natural resources. Bear in mind this is an already impoverished Central African country. The US sought uranium in Congo to help develop the bombs detonated on Hiroshima and Nagasaki. They spent decades and billions of dollars trying to maintain mining holdings here.

Congo is producing more than two-thirds of the world’s cobalt. The country is again taking centre stage. Major manufacturers pledge to combat climate change. They want to do this by switching from gasoline-powered to battery-powered vehicles. The new autos rely on various minerals and metals. These aren’t always available in the United States. You also can’t find these in the oil-rich Middle East, where the previous energy period was.

The search for Congo’s cobalt has shown how the clean energy revolution has taken a turn. It is to save the planet from rising temperatures in an age of enlightened self-interest. But it has become mired in a familiar cycle of exploitation, greed, and deception. This often benefits Africa little or not at all.

On November 24, 2021, a group of G7 countries, including Japan and the US made a decision. They stated they will withdraw crude oil from their Strategic Petroleum Reserve. (SPR). The SPR was an underground salt tank in Utah, turned into a recession and warproof facility. It was in reaction to the twin World Trade Center explosions on September 11, 2001.

Oil prices reached an unsustainable high of $147 per barrel in July 2008. The US government relied on releasing oil from an underground storage tank. Obama’s famous address at the University of Cairo in 2009 laid out a timeline. This was for fast-tracking research and development funds for fracking. The Obama administration’s policy agenda included high oil prices. The US would be importing up to $1 billion daily.

The race to reduce carbon emissions is on

As a result of fracking, they passed legislation to allow oil drilling off Alaska and the Gulf of Mexico. The latter has made the United States a significant oil producer to date. His speech set the stage for a bold move toward clean energy. President Obama met with the outgoing Politburo in Beijing in 2010. Premier Wen Jiabao and President Hu Jintao of the Chinese Communist Party led the meeting. It was to begin the framework for the Paris Climate Accord and the Trans-Pacific Partnership.

China realized that the rise of companies like Tesla was accelerating the move away from combustion engines. As a result, the Organization of Petroleum Exporting Countries (OPEC) now has a combined daily crude oil production level of 30.6 million barrels. This puts non-producing western countries in jeopardy.

China had to put its energy policy through businesses like CNOOC and SINOPEC in Africa. This is to safeguard its energy future. They are exchanging oil for infrastructure and finance transactions.

They also had to invest in the long-term direction of funding state-backed enterprises. These will rise to become the most significant and highest producers of cobalt. Cobalt is an element mined from layers of copper and nickel. Its use is in producing lithium-ion ore batteries in electric cars over the next decade. Because China has been unable to compete with Nissan and Tesla, a significant cobalt supply may benefit.

Electric vehicles are now taking over at a global rate of 1.7 percent. The cost of purchasing the raw materials for manufacture has risen substantially. Freeport McMorran (An American Miner) secretly purchased the Chinese government-backed Molybdenum for $2.2 billion in 2016 and 2019. This was while America struggled with a President who wanted to return the country to the 1930s coal age. The business now owns 15 of the 19 largest mining sites in Central Africa. This was after acquiring two of the largest mining sites in the Democratic Republic of Congo.

The US government had some concerns about American companies’ environmental, social, and governance standards. They also have concerns over Africa’s ‘boys club’ business culture. Meanwhile, the Chinese government has gotten down to business. They have gone on to get the essential assets required for the clean energy transition.

Workers have repeatedly expressed dissatisfaction with the mines’ safety, social, and economic standards. This is since the Americans sold them and handed them over to the Chinese. This begs the question: shouldn’t worker safety and support be necessary when sourcing the primary material required for a clean energy transition?

Uncertainty about the future

On this news, it appears that there are more questions than answers.

What will happen if the worldwide demand for cobalt climbs from 144,000 metric tonnes required for 2020 at 1.7 percent adoption to over 3,000,000 tonnes annually over the following 30 years as electric car adoption rises to perhaps 50%? Where will it come from, and under what conditions will they get it? What will the sourced countries’ social, economic, and political stability be like? Will more significant research and development will lead to a new mineral that can make lithium-ion batteries in large quantities?

These will be crucial considerations for politicians. Corporations such as General Motors have already started plans to phase out the manufacture of SUVs, sedans, and trucks with domestically developed fueled combustion engines by 2040.

What will become of OPEC? The countries’ reliance on oil and gas earnings as a critical source of funds to manage their annual budgets. In some instances, it supports its sovereign wealth funds, in contrast to other countries that rely on taxes from a private generating sector.

The Norwegian Sovereign Wealth Fund (which began investing in 1978 and now has over 1.2 trillion dollars in assets) recently opted to liquidate all fossil-fuel-related stocks in its equity portfolio. Is this premature, or should it serve as food for thought for developing countries that feel oil was God’s gift to them to maintain their easy-money lifestyle?

The research firm found that African fintech is emerging as a hotbed for investment, with average deal sizes growing. McKinsey...