The US$1.7M dollar buzz from the bees in Tanzania

In Tanzania, bee keeping is estimated to generate about USD 1.7 million each year from sales of honey and beeswax alone.

On the slopes of the Usambara ranges on the Eastern region of Tanzania, lays the Usambara forests sprawled across miles and miles of undulating old fold mountains.

Under this thick canopy, walks Juma, 45 yr old farmer and his daughter Halima, 15 and in secondary school.

As they regularly do, they have in hand several tools and containers, as they approach a clearing, we find out why they are here, and what the equipment in hand is for. The distant humming alerts us to the beehives up ahead and when Juma adorns his netted face guarding mask, transforming into some kind of astro-peasant, it is clear he is a beekeeper and it is time to harvest honey.

In Tanzania beekeeping is estimated to generate about USD 1.7 million each year from sales of honey and beeswax alone. And in rural Tanzania, it employs about 2 million farmers like Juma and his daughter Halima.

‘Beekeeping is an important income-generating activity with high potential for improving incomes, especially for communities leaving close to forests and woodlands.’ However, for a country that is endowed with over 33.5 million hectares of forests and woodlands ideal for developing a vibrant beekeeping industry, Tanzania is extremely underperforming.

A mere 1.7 million dollars per year is not even worth the pollen the bees feed on!

As a matter of fact, the industry in its entirety is not only underperforming but dying. In 1976, Tanzanian exports averaged 368 tons of beeswax and 467 tons of honey. Two decades later, in 1996 beeswax exports dropped to 359 tons. Ok, not so bad, one would argue, but it is still a drop nonetheless.

Well what about honey exports, this is where the shock hits you, this is where you get the true disparity of the situation. From exporting 467 tonnes of honey per year in 1976, Tanzania exported a mere 2.46 tons in 1996 (Tanzania Customs Department, 1997).

Honey export dropped from 467 tons to 2.5 tons, it is simply unbelievable. You know what else is unbelievable, the fact that the country has an entire ministry dedicated to agricultural development and a ministry which receives millions of dollars in annual funding from taxpayers money!

As mentioned, Tanzania is well endowed with a favourable environment for the production of honey, beeswax and other bee products. Beekeeping is also a multifaceted trade that has a multiplier effect right in the field.

Where beekeeping is vibrant then the vegetation also thrives because bees pollinate crops. Hence by investing in beekeeping, the government would actually also be investing, cost-free I might add, in crop production as well.

If not for the lucrative returns and much needed foreign exchange and increasing crop production through pollination then at least we should invest in beekeeping for the sake of promoting and improving biodiversity. 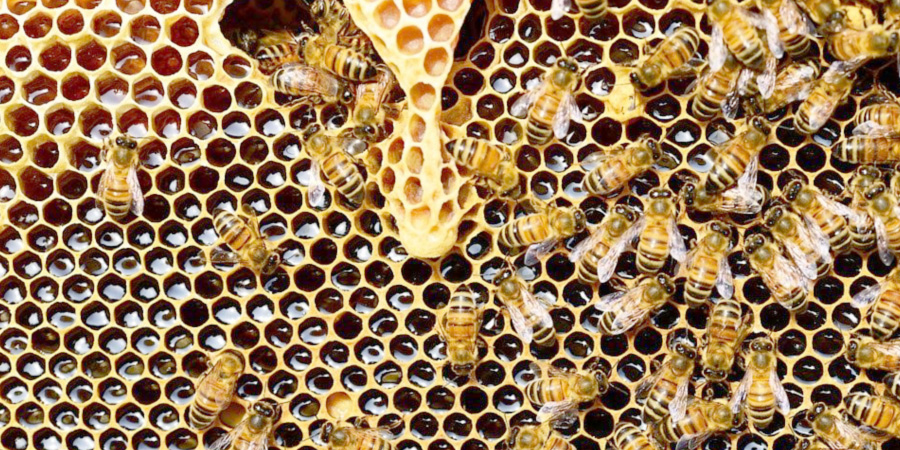 The Act is meant to, among other things, improve the quality and quantity of bee products, prevent and eradicate bee diseases and bee pests, and to improve revenue collection. Then you have the National Forestry Policy (1998) which provides opportunities for beekeepers to practice beekeeping in forest reserves.

It doesn’t stop there, you also have the Wildlife Policy of Tanzania (1998) which encourages beekeeping in Wildlife Management Areas (WMA). It provides special permission for beekeeping in game reserves and game controlled areas.

Finally, you have the Village Land Act (1999) that supports community-based natural resources management and empowers the community at the village level to be allocated land for beekeeping.

With such enabling laws, what is hindering the development of beekeeping in Tanzania to the extent that exports dropped from 467 tonnes to 2.5 tonnes.

How it stings: Challenges in the beekeeping sector

Lack of information: There is little knowledge about the financial and environmental benefits of beekeeping. As a result, most investors, local and foreign, choose other agricultural sectors leaving behind this highly lucrative industry.

Limited Modern Knowledge & Methods: Beekeeping in Tanzania is carried out using traditional methods that account for 99% of the total production of honey and beeswax in the country.

Inadequate marketing of bee products: Inaccessibility to markets and lack of market information affects even the sale of the little number of bee products that are produced further discouraging investment into the sector.

Just consider this, right next door in Rwanda, the total national honey production capacity is 4,500 tonnes, while the total national demand of honey is about 16,800 tonnes. That is a 12000 plus gap that Tanzania beekeepers can cover.

Only recently, local Kigali media reported that the Rwanda Agricultural Board (RAB) is seeking to establish a partnership with Rwanda Water and Forestry Authority to use state forests to increase honey production and youth involvement in apiculture.

Under Rwanda’s fourth Strategic Plan for the Transformation of Agriculture (PSTA4), ‘tree species that can be mixed with crops will be planted which is expected to contribute to honey production through diversifying vegetation from which bees can forage.’

How it will all ‘buzz out’ remains to be seen, but for now, the government will and initiative are evident. Should the government remain on the same trajectory, then we should expect to see Rwanda significantly increase its bee production capacity.

The research firm found that African fintech is emerging as a hotbed for investment, with average deal sizes growing. McKinsey...