RwandAir to resume flights to the UAE

Rwanda’s national carrier, RwandAir, has announced the plan to resume its flights o and from the United Arab Emirates effective this Friday.

This comes after the national carrier suspended its flights during last year’s festive season due to guidelines to contain the contagious COVID19 variant, Omicron.

“Rwanda Air will resume its flights to Dubai for passengers originating from Entebbe, Douala, Bujumbura, Accra, and Lusaka,” the announcement reads.

The statement added, however, “passenger services from the rest of our network to Dubai as a final destination remain suspended until further notice.”

Last month, RwandaAir had also announced the resumption of flights from the Southern African region after it had temporarily banned flights between Kigali and South African countries over the same reasons. 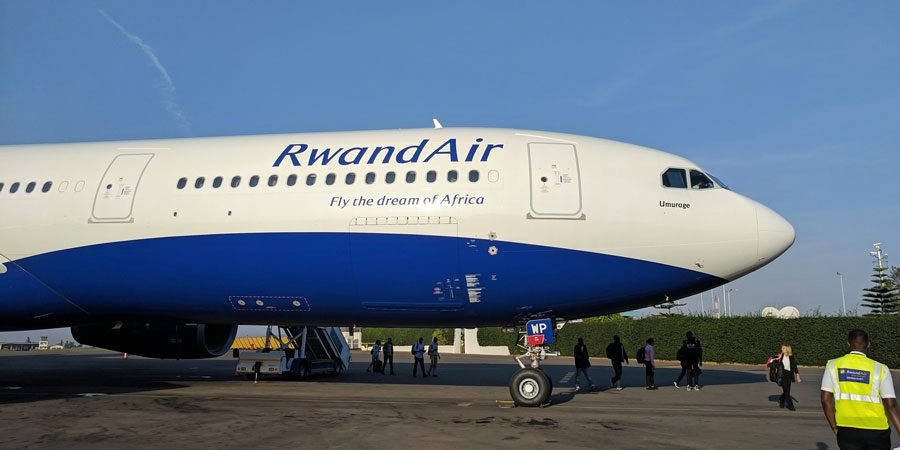 For the last two years, RwandAir has been suffering losses like other airlines across the globe due to travel restrictions, yet with the resumption of flights, there is hope that passengers numbers will improve.

There is rather an optimism that with the big percentage of vaccination population of 60% in Rwanda which is far more tha any country on the continent, the country will open up more destinations and hence increase air travel rates in contrast to the last two years’.

In October 2021, the national carrier launched flights to Goma town in the DRC. The flights to Goma were an addition to other DRC destinations including Kinshasa and Lubumbashi.

Meanwhile, the DRC route was a booster to business in two countries, particularly in the mining sector.

Statistics show DR Congo is the main destination for Rwanda’s informal exports and the revenues from the sector account for 86.9%.

Taarifa is a Rwandan news media house established to play a role in shaping the global agenda through telling Africa’s true stories by delivering quick, in-depth and exclusive news on issues and events affecting Africa’s political, economic and social landscape.

Eswatini Echelon Global appoints Sarko Partners to its advisory board

Nigeria released new rules for digital assets, offering more clarity on trading in cryptocurrencies in Africa’s most populous nation. The...

Eswatini Echelon Global appoints Sarko Partners to its advisory board