A year ago, Mozambique’s dollar debt was the riskiest in Africa for eurobond investors amid deadly raids by insurgents at key gas projects.

But the script has flipped in 2022, with the eurobonds gaining while those of peers fell, spurred by improvements in the security situation and better economic and fiscal prospects.

Mozambique’s $900 million of 2031 eurobonds have returned 2.5% this year, with only Lebanon’s debt performing better in that time. The rise compares with the 16% average drop for emerging- and frontier-market peers. 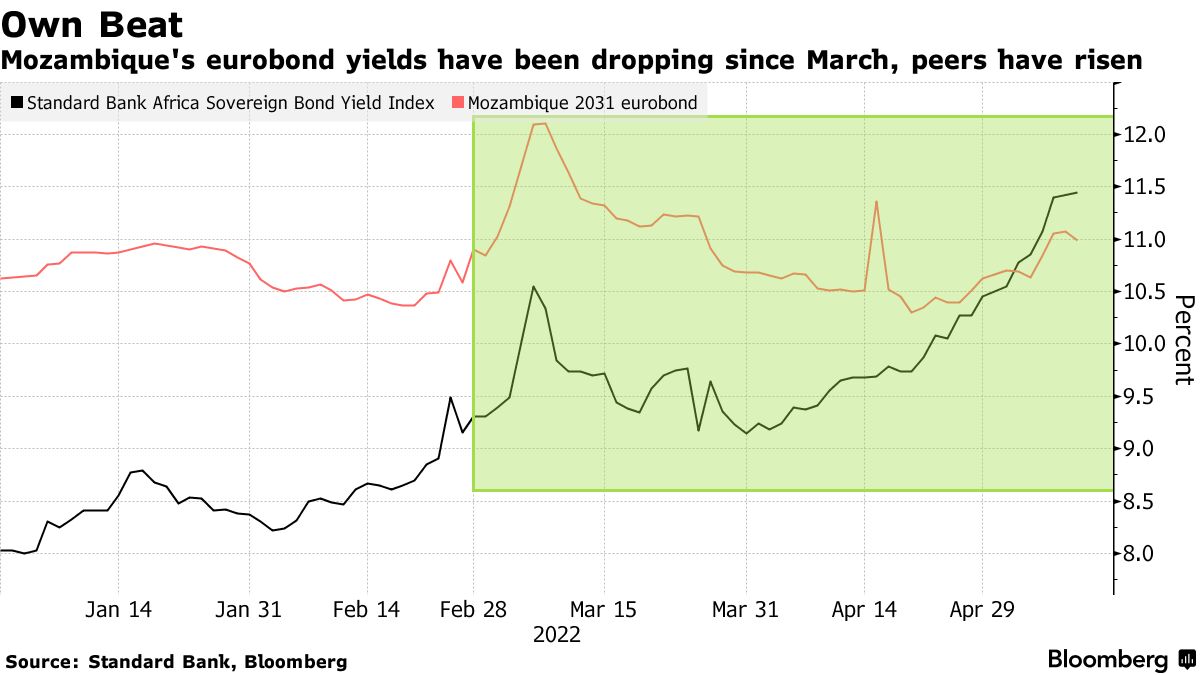 Moody’s Investors Service changed the government of Mozambique’s credit outlook to positive from stable and at the same time affirmed ratings at Caa2 in March.

Earlier this week, the country struck a $456 million International Monetary Fund deal, nearly six years after the institution froze a previous arrangement because the government concealed more than $1 billion of debt.

The program will likely enhance authorities’ economic recovery efforts and also provide broader support to address some of Mozambique’s long-term structural challenges, particularly the management of public resources and governance. This should in turn boost investor confidence, said Samantha Singh, a fixed-income and credit strategist at Absa Bank Ltd., in a note to clients.

“The 2031s have rallied over the past month or so and now do appear expensive to peers,” said Singh. “The IMF support should anchor the bonds.”

China and Ethiopia in discussion on agricultural cooperation

Mubiru has been Acting Director General in the Cabinet Office of the President since December 2021 and Director of Strategy...

China and Ethiopia in discussion on agricultural cooperation