Recent exploration surveys in Uganda have led to the discovery of approximately 31 million tons of gold ore deposits, from which an estimated 320,158 tons of refined gold could potentially be extracted, with its value currently standing at $12.8 trillion.

The results were announced following two years of aerial exploration followed by geophysical and geochemical surveys and analyses.

Announced in June by Solomon Muyita, a spokesperson for Uganda’s Ministry of Energy and Mineral Development, the country is seeking to attract international gold mining companies and investors, having already licensed Chinese gold mining firm, Wagagai, to start production in the country’s eastern Busia District this year.

The firm has invested $200 million towards the construction of a refining facility and is expected to refine approximately 5,000kg of gold per day in Busia by the end of 2022.

In a bid to overhaul its economy, Uganda’s President, H.E. Yoweri Museveni, has sought to ramp up investment in the country’s mining sector to develop its reserves of copper, iron ore, cobalt, phosphates and gold. Refining gold locally is expected to lead to the generation of 3,000 direct jobs while improving social service deliveries to local communities.

Earlier this year, Uganda’s Parliament enacted a new mining law, pending the President’s approval, that will lead to the creation of a state mining company through which investors will be required to sign a production-sharing agreement, allowing the company to acquire a 15% stake in mining operations within the country.

The majority of ore deposits were discovered in the northeastern region of Karamoja, with large reserves having also been found in the eastern, central and western areas of Uganda. 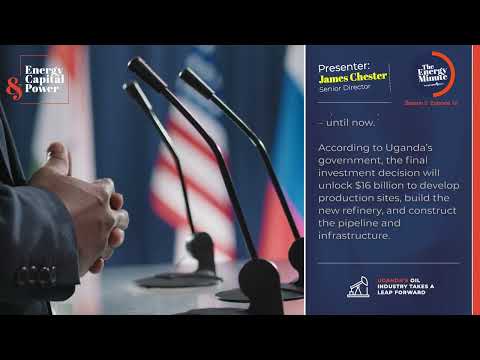 Energy Capital & Power is the African continent’s leading investment platform for the energy sector. Through a series of events, online content and investment reports, we unite the entire energy value chain – from oil and gas exploration to renewable power – and facilitate global and intra-African investment and collaboration.