Ethiopian inflation decelerated in June for the first time in four months as food prices increased at the slowest pace since August.

The annual inflation rate in the Horn of Africa country dropped to 34% from 37.2% in May, according to data from the Central Statistics Agency of Ethiopia. Food-price growth slowed to 38.1% from 43.9%, while non-food inflation was little-changed at 28.4%. 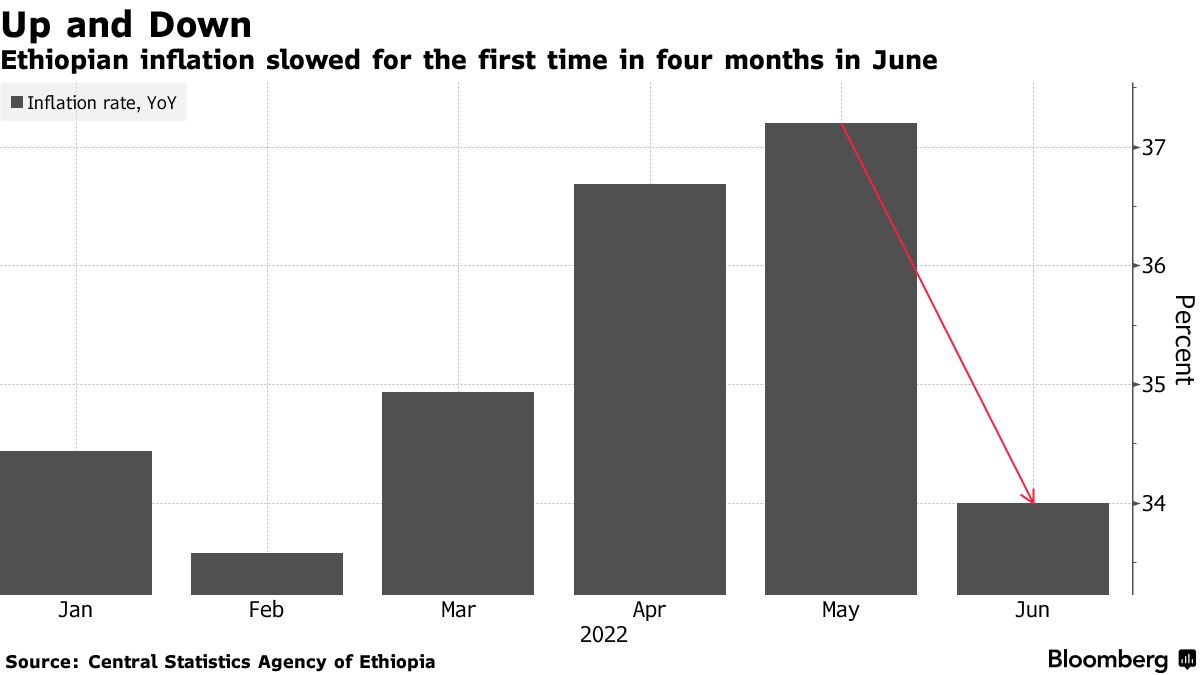 Still, consumer-price growth, remains near the highest level in at least nine-and-a-half years, and inflationary pressures may pick up further after the government said it plans to halt fuel subsidies and announced a 38% increase in the cost of diesel last week.

The inflation rate has almost doubled since fighting first erupted in the northern Tigray region in November 2020 and a prolonged drought hit farming output. The impact of the coronavirus pandemic and Russia’s invasion of Ukraine added to price risks, with a shortage in foreign currency needed to import fuel and fertilizer weighing on the Ethiopian birr.

Angolan Air Carrier (TAAG) announced this week in Luanda the reinforcement of the frequencies to Maputo (Mozambique), Windhoek (Namibia) and...