Growth was driven by 4.8% expansion in non-oil sector Inflation soared to a near 17-year high of 19.6% in July

Economic growth in Nigeria, Africa’s biggest crude producer, accelerated faster than expected in the second quarter, driven by growth in the non-oil sector.

Nigeria’s economy grew 3.5% year-on-year in the three months through June, compared with 3.1% in the first quarter, the National Bureau of Statistics said in a report on Friday. The median estimate in a Bloomberg survey of 10 economists was 2.9%. 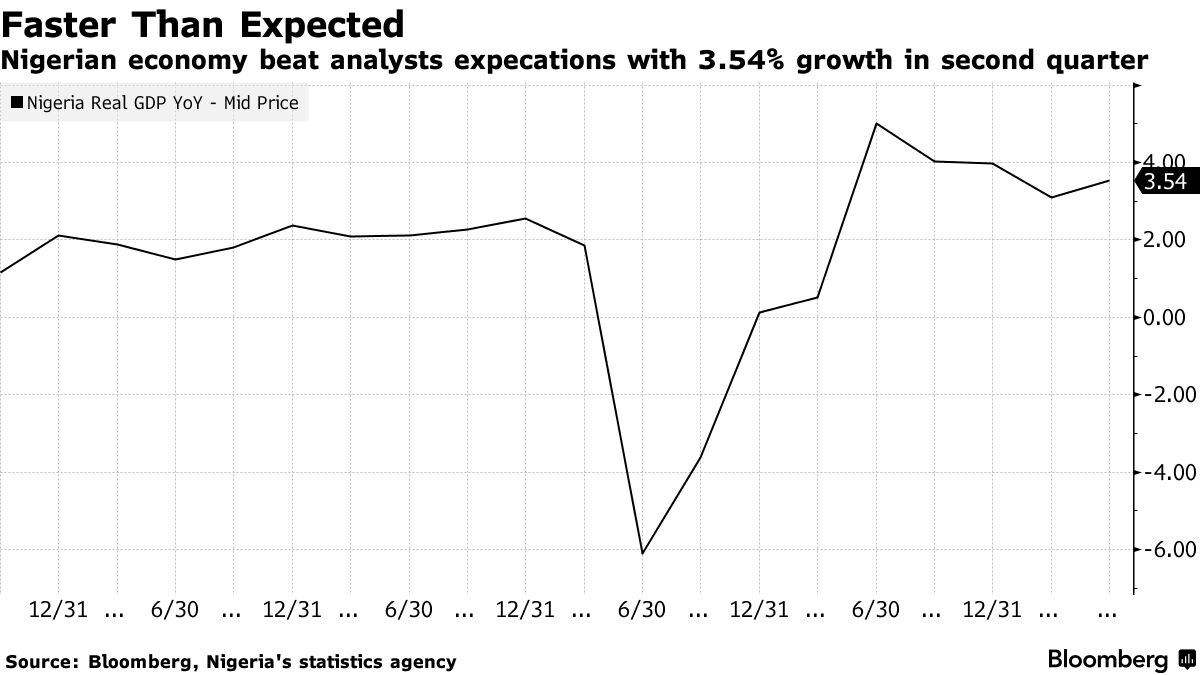 Growth in the three-month period marked the seventh consecutive quarterly expansion and was driven by a 4.8% improvement in the non-oil sector, which makes up the majority of the economy, compared with a 6.1% increase from a year earlier.

The oil sector shrunk by 12%. Oil production declined to 1.43 million barrels per day in the second quarter, compared with 1.49 million barrels in the previous three-month period, Adeniran said. Nigeria has been unable to meet its OPEC+ quota this year, partly because of crude theft.

Also read: Crowdfunding in Nigeria: requirements to register as an intermediate

“The recent rising prices have adversely impacted on the second quarter 2022 performance,” he said in a statement accompanying the data release.

The Central Bank of Nigeria has hiked its benchmark rate by 250 basis points to 14% since May in an effort to fight inflation, which hit a near 17-year high of 19.6% in July. The monetary policy committee next meets on Sept. 27.