What can we learn from the 5 Busiest Cities in Africa

The busiest cities in Africa tell a tall tale of the proactive culture in the second-largest continent in the world.

As the world changes, Africa is changing too. A stroll into major cities across the continent often leaves a challenge and admiration for many visitors, especially those from Europe.

African cities are steadily growing to accommodate an increasing population and competing for opportunities with the West. According to the World Bank, the population of the busiest cities in Africa will likely double in the next 25 years. We’re looking at a staggering population of two billion people by 2050.

In this breath, the beehive of activities you witness in these cities is in readiness to afford this population everything it will need by 2050. It’s a foundation that comes with an interesting phenomenon about the African working culture.

You realize that there is a fine balance between work and fun. A commercial hub greets you during the day in every city you walk into. But, its nightlife welcomes you with open arms, leaving a lifetime memory of Africa’s work-fun lifestyle.

Lagos, the largest city in Nigeria, is one of the busiest cities in Africa. The city has a population of over 21 million people.

Lagos city is known for its commercial vibrancy. It accounts for over 60% of Nigeria’s commercial ventures and industries.

Lagos is the land of entrepreneurship in Nigeria. The economy diversifies in different sectors such as transport, construction and manufacturing.

Also read: Transformation of the animation industry in the spotlight

Lagos city boasts of the busiest and largest port in Africa. According to the Economist, it has the highest GDP in Africa. The city generates more than $90 billion in goods and services.

Cairo is the largest city in Egypt, with a population of over 20 million people. The city’s cosmopolitan area is the 15th largest in the world and the largest in Africa.

Cairo, the capital of Egypt, contributes to the country two-thirds Gross Domestic Product. The city is home to the head offices of numerous businesses and organizations. It boasts of the largest and oldest music and film industries in the Arab world.

Cairo city is a vibrant hub of commerce, finance and tourism. Some of the significant income-generating sectors in the city are iron and steel production and textile and food processing.

The South African capital is one of the wealthiest cities in Africa. There are plenty of career openings and investment opportunities in the city. According to the Department of Economic Development, Jo’burg generates 17 per cent of South Africa’s wealth.

Also read: Ethereum in Africa – A plethora of opportunities

Head offices of a majority of corporations in South Africa are domiciled here. It is also home to the headquarters of many global and pan-African entities. It ranks as the 27th largest city economy in the world.

Nairobi, the capital of Kenya, is the largest city in the country. The city has a population of over six million people. 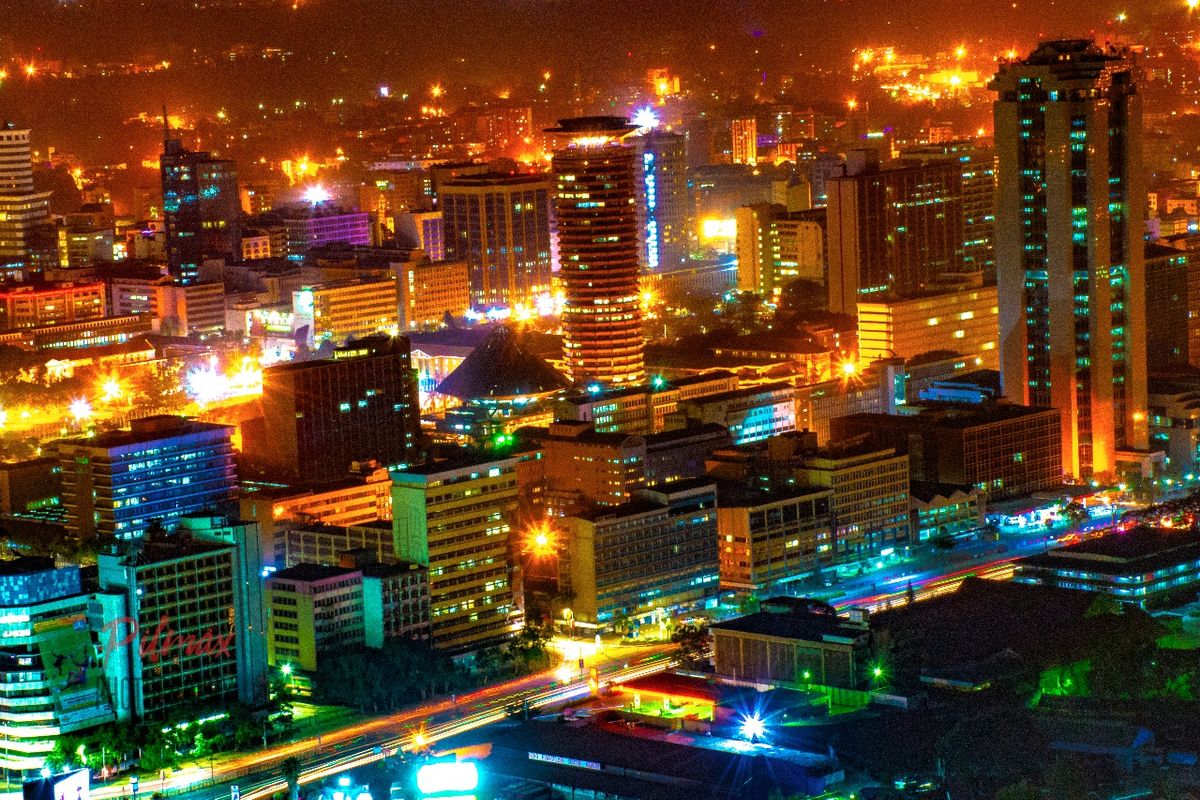 Nairobi at night. Photo/ Reddit.Nairobi City plays a huge role in Africa’s development. Some of the world’s industrious people live and work here. Its significance to the East African Community cannot be overstated as it plays put as a financial hub for the region.

It’s also a safe haven for several multinational companies with a strong presence in Kenya. That explains why some call it the “Silicon Savannah” – due to thousands of creative people and highly-paced technology innovativeness. The city has produced some of Africa’s best entrepreneurs.

Accra, the capital of Ghana, is one of the busiest cities in Africa. The city has a population of over four million people. The hardworking people of Accra have made the city one of the biggest business centres in Africa.

The city’s economy contributes about $3 billion to Ghana’s economy, equivalent to 10 per cent of Ghana’s GDP. The city has benefited from receiving substantial foreign investments.

What are the Four Most Populated Cities in Africa?

Which is the Fastest Growing City in Africa?

Lagos, Nigeria, is the fastest-growing city in Africa.

Which City Has the Largest Economy in Africa?

Johannesburg, founded in the Witwatersrand Gold Rush of 1886, is the wealthiest city in Africa. Johannesburg’s wealth is primarily concentrated in Sandton, home to the largest stock market in Africa, JSE. Sandton is also home to the head offices of most of Africa’s largest corporates and banks.