Price cuts could ease pressure on inflation that’s at 7.8% Retail cost of 95-octane gasoline will fall by 2.04 rand/liter

South Africa’s gasoline price will fall by the most in two years, increasing the chances that inflation may be near a peak.

The retail price of 93-octane and 95-octane gasoline will decrease by 2.04 rand ($0.12) per liter on Wednesday after oil declined and the rand strengthened slightly against the dollar during the review period, the Central Energy Fund said in an emailed statement Monday.

For the 95-octane variant, that’s a drop of 8% from August, the biggest monthly percentage decline since early 2020, when crude fell to record lows as demand plummeted due to worldwide lockdowns aimed at curbing the spread of Covid-19. 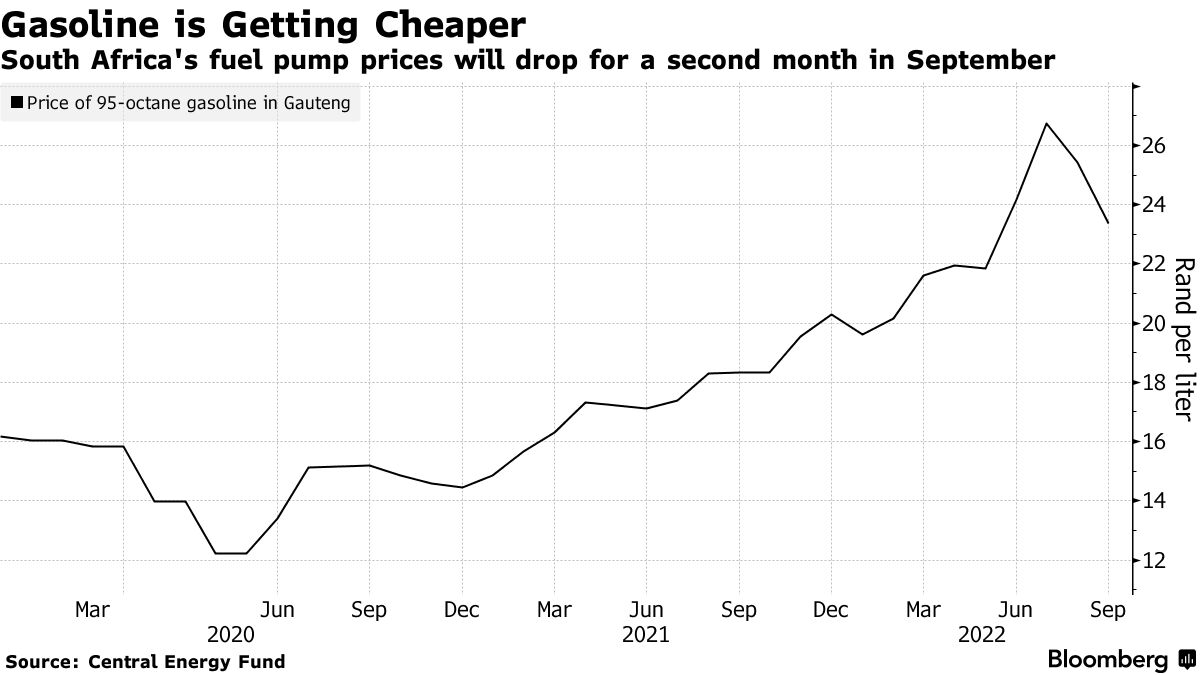 The wholesale price of diesel that is used in agriculture and for emergency power generation, will fall by as much as 56.34 cents per liter. The maximum cost of illuminating paraffin, used for cooking and lighting in areas where many people don’t have access to electricity, will decline by 1.09 rand per liter.

The decrease could ease pressure on household finances and inflation that reached a 13-year high of 7.8% in July. Analysts including Investec Bank Ltd. Chief Economist Annabel Bishop have said that may have been the peak of the cycle after gasoline and diesel costs also fell last month. However, Monday’s news that OPEC+ agreed to make a token oil supply cut for October could push up crude prices again and that, plus a weaker rand may limit further fuel-costs reductions in South Africa in coming months.

Fuel has a weighting of almost 5% in South Africa’s consumer price basket.