There was a flood of introspective and emotional responses to the passing of Queen Elizabeth II on the internet. But it wasn’t all sad. Young Africans shared photos and anecdotes about their grandparents’ experiences under British colonial rule.

She embodied the ambiguity of the Queen’s legacy, loved by many but feared by many in the former colonies of the British Empire.

Also read: African Artists using NFTs to promote their culture to the world

The dark cloud of colonialism in Africa that the monarch oversaw in her yester years left a bitter taste in the mouth. It’s this legacy that explains the barrage of online searches on did Queen Elizabeth go to Africa.

Before we dig in, she visited a dozen African countries as a princess and a queen.

Has Queen Elizabeth Been to Africa?

Queen Elizabeth II, now deceased, toured different African countries in her 96 years of life, 70 of which she was queen. For instance, she was in Kenya for a vacation at the defunct Tree Tops Hotel in the Kenyan Aberdares in 1952.

She was with her then lover, Prince Philip. Sadly, her father King George VI passed on forcing her to return to England immediately. She was crowned the Queen and went on to serve.

Kenya became a colony of the United Kingdom in 1920 and remained one until it attained independence in 1963. It was under British authority since 1895.

To sufficiently answer the question ‘did Queen Elizabeth got to Africa’, she did mostly to British Colonies at the time. The following are 20 African countries she visited.

When Did the Queen Visit South Africa?

The late Queen Elizabeth II toured South Africa in 1995 for 10 days. But, it was the second time she was visiting after her first trip in 1947 when she was a princess.

On her 21st birthday, Princess Elizabeth broadcasted from the grounds of Government House in Cape Town, South Africa. She pledged her life to the Commonwealth.

Pan-Africanism icon Nelson Mandela who served as South Africa’s president in 1995 welcomed her. He said that they will never forget Her Majesty Queen Elizabeth’s state visit to South Africa.

He opined that they saw it as a turning point in the history of the UK and South Africa. They established a partnership committing to peace and prosperity.

The visit was hot on the heels of ending the apartheid rule which Mandela spearheaded after 27 years in Roben Island prison.

Did Queen Elizabeth Fly to Ghana? 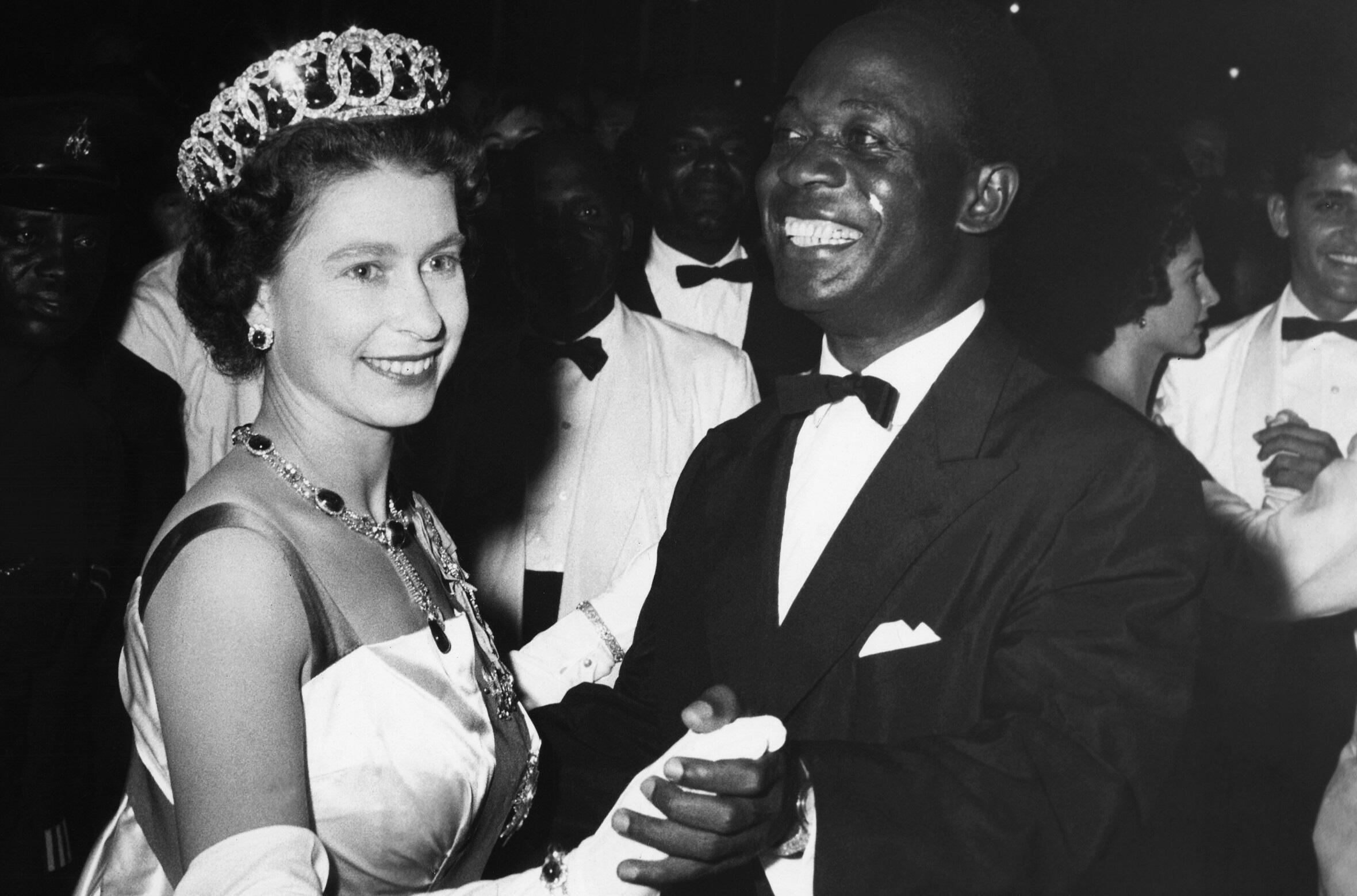 Queen Elizabeth II paid a state visit to the Republic of Ghana, Both in 1961 and 1999. Her visit took nine days and it remains deep in the history of Ghana.

Many academics feel that the Queen’s legendary dance with the late Ghanaian President Kwame Nkrumah was symbolic. It was a royal goodbye party in Accra during her tour in 1961.

Historians term it a watershed moment in the history of the Commonwealth for the queen to dance with her subjects. She established solid connections with African nation’s leaders. Before you ponder on did Queen Elizabeth go to Africa, she tried to unite her former colonies.

Has the Queen Ever Visited Zimbabwe?

She visited Bulawayo as a Princess in 1947. Zimbabwe was a haven for British settlers post-independence. They are credited with introducing a flawless education system and bolstering the agricultural sector.

Most of them lived on farming in vast tracts of land but the late Robert Mugabe sent them back home in 2000. He gave them a tough choice to either surrender their land or have their land rights revoked.

How Many Countries Did the Queen Visit?

Queen Elizabeth II visited a total of 117 countries globally. 20 out of those were in Africa.

Also read: Nyege Nyege Festival 2022 is back! What to expect.

She represented Britain as its eventual and most absolute ambassador. Many people across the world loved her presence in their countries which signified a high-level visit.

The World Bank said it has approved a $750 million credit line for Nigeria to help the country's 36 states...