Africa’s frontier debt is beginning to catch the eye of investors amid a wave of rescue-package pledges from global financial institutions and China. The still relatively high price of raw materials is adding to the appeal of the region.

That’s a change from two months ago, when traders couldn’t exit Africa fast enough. Yields soared to record highs — exceeding levels reached during the Covid-19 pandemic and the collapse of Lehman Brothers Holdings Inc. in 2008 — as investors fretted that poorer nations would default amid surging food and energy costs.

“The past 12 months have been particularly tough for frontier markets,” Regis Chatellier, director of EM Strategy at Oxford Economics, said in a note to clients. “But beyond the negative headlines, we see scope for optimism.” 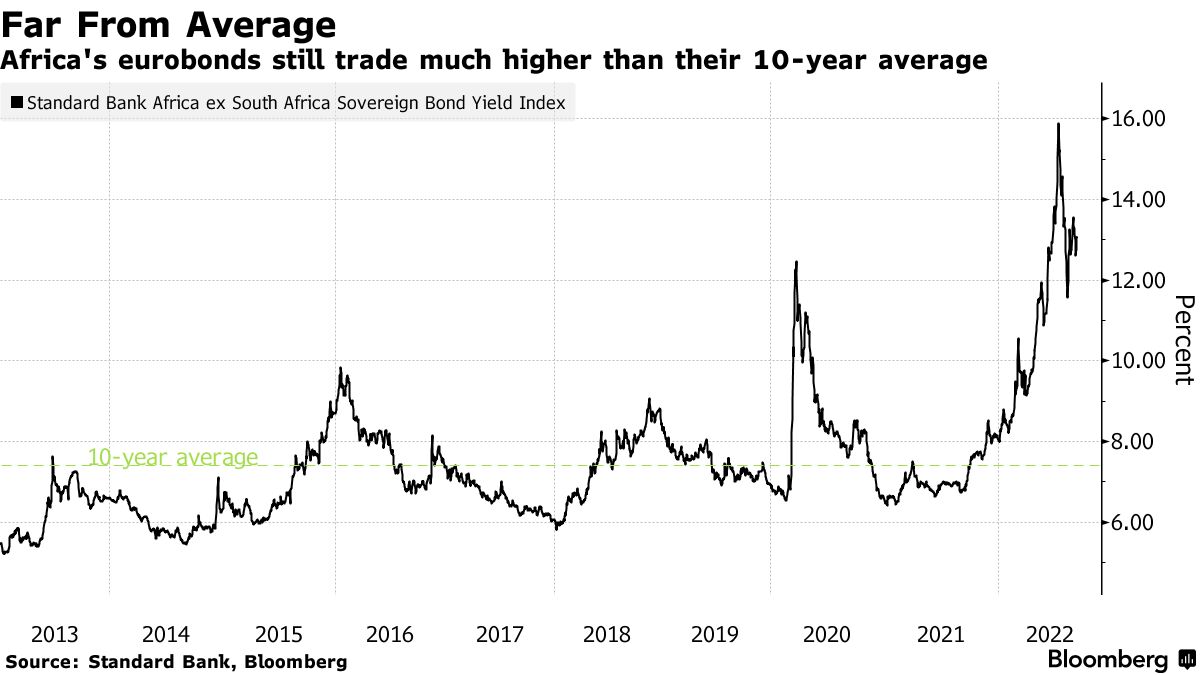 Since July, there has been a turnaround. The International Monetary Fund has been working toward agreements on bailouts with vulnerable nations including Zambia, Ghana and Egypt. China, Africa’s largest bilateral creditor, also announced waivers on loans of 17 African countries. Yields have subsequently dropped, but remain way above their 10-year averages.

Bailouts, valuations and commodities are all reasons to be optimistic on the asset class, said Chatellier.

Raw-material prices have risen amid the lingering conflict in Ukraine and the sanctions against Russia – both countries being major exporters of commodities. Thermal coal prices, for example, reached record levels due to logistical supply snags and robust demand in Europe and Asia.

“Admittedly, commodities have repriced to the downside in the last few weeks, but we expect them to stay elevated by historical standards,” and “terms of trade and external balances should remain well supported,” Chatellier said.

Between the second quarter and now, BlackRock almost doubled its holdings of Angola’s eurobonds maturing in 2028. UBS also added to its ownership.

Jens Nystedt, a senior portfolio manager at Emso Asset Management in New York, said he favors Angolan debt along with that of Nigeria, Zambia and Mozambique. Oxford Economics upgraded its view on Angola to heavy overweight.

Angola is supported by oil prices that have enabled it to almost halve its debt ratios in just two years. The currency has benefited, with the kwanza the second-best performer against the dollar in the world this year. That’s fed into slowing inflation at a time when most nations are struggling to keep price growth under control.

A successful election last month means country-specific risk is also out of the way.

“The country has confirmed the reformist agenda can continue politically and has oil supply as its main asset that will continue to support it,” said Rob Drijkoningen, a Netherlands-based portfolio and managing director at Neuberger Berman Europe Ltd. “We continue to like it, subject to valuations of course.” 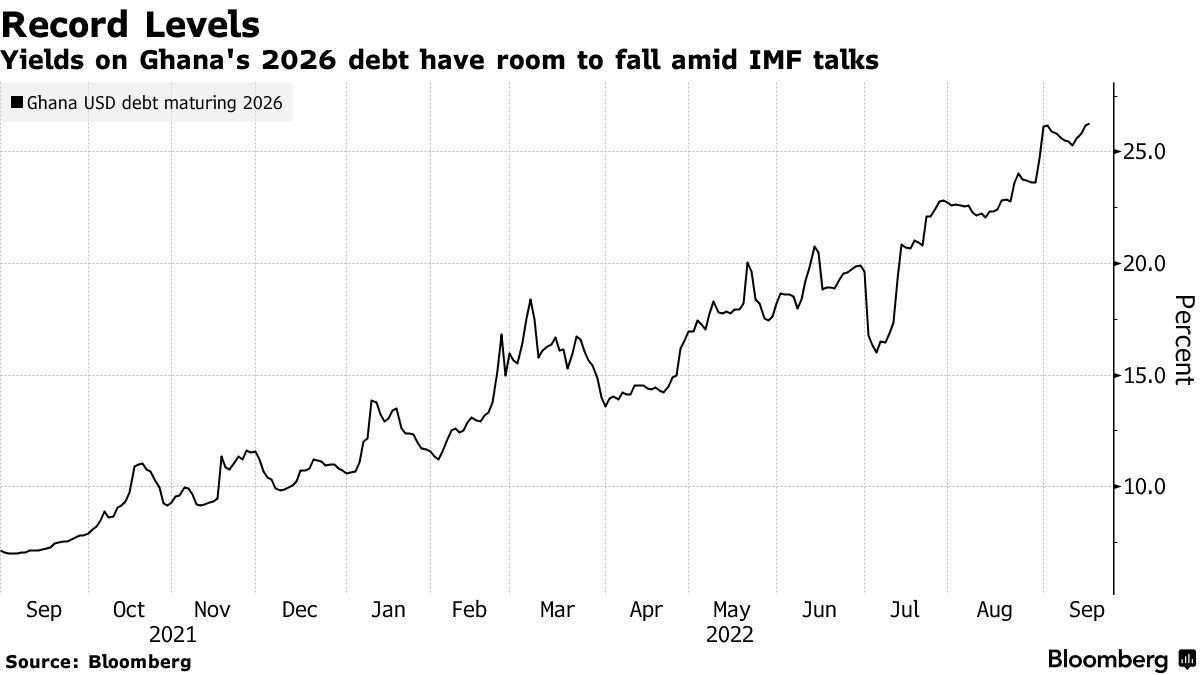 “Pricing in particular among the special situations like Sri Lanka and Ghana is below our expected recovery rates,” he said. “Not every day do you get a chance to buy below recovery values in credit!”

The country’s dollar debt has returned 8.4% in September, according to a Bloomberg Barclays index. That compares with an average 0.9% loss for the 74-member gauge.

Cabestiva company has said it will be recruiting workers for the Cabinda refinery as from September 26 to October 7,...