Africa’s two biggest oil producers are on a contrasting debt trajectory, according to the World Bank.

Angola’s public debt will decline to 61.9% of gross domestic product this year from 85.7% in 2021, while Nigeria will see its debt service-to-revenue ratio balloon to 102.3% in the same period, the World Bank said in its biannual Africa’s Pulse report.

President Muhammadu Buhari’s government in Nigeria has refused to remove fuel subsidies that may result in the nation’s budget deficit widen to 12.4 trillion naira ($28 billion) next year — almost three times total revenue. In Angola, the currency has surged and the government has come up with policies to attract overseas investors. 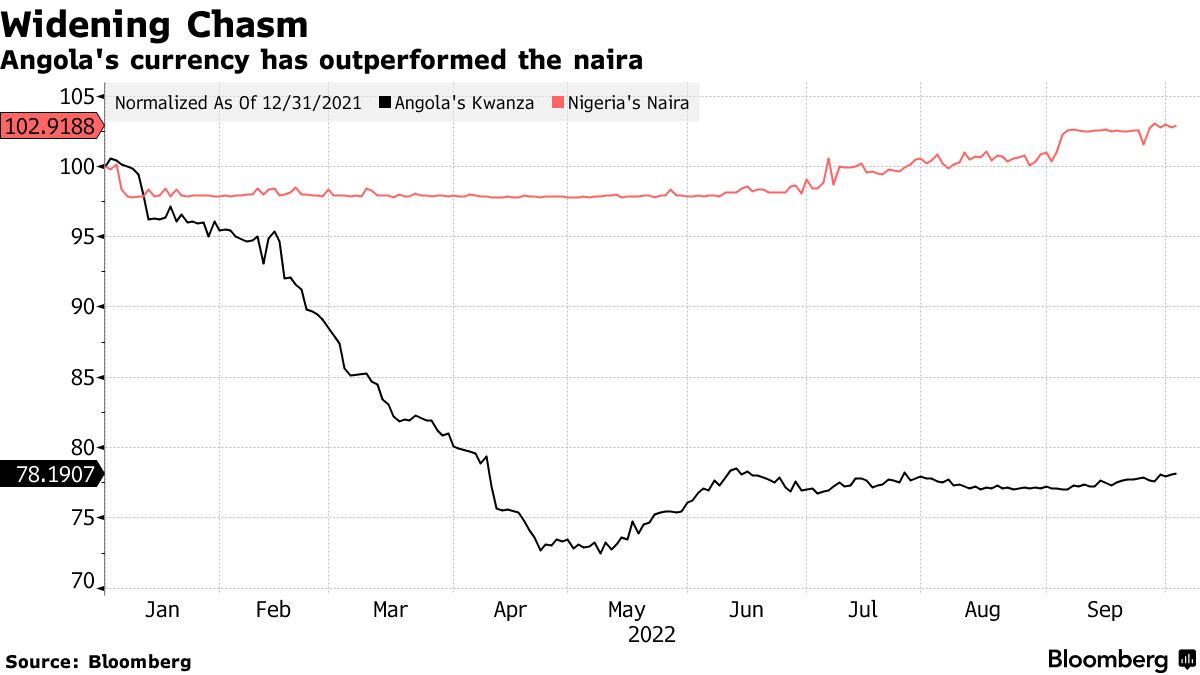 “Public debt in Nigeria is a concern,” the World Bank said in the report. “The combination of low production in the oil industry and unsustainable subsidies is one of the main obstacles to attaining debt sustainability.”

Also read: Funding for African startups more than doubles in 1st half

Nigeria spent 982 billion naira in the first quarter subsidizing gasoline, providing the nation’s drivers with among the cheapest pump prices in the world. The World Bank and International Monetary Fund have repeatedly urged the government to remove the subsidy.

More than two-thirds of sub-Saharan African nations with debt above 70% of GDP don’t have mining or other resources, according to the report. Eritrea’s debt-to-GDP will rise to 234.9%, while Ghana’s will be at 104.6% of GDP.

Eight out of 38 African countries eligible for loans from the World Bank’s International Development Association are in debt distress, according to the report. Another 14 “are at high risk of joining them.”

Angola’s economic performance “is on the back of rising private consumption, government expenditure, and current account surplus,” according to the report. “The government has started reaping the benefits from its efforts to improve revenue mobilization by increasing the efficiency of tax collection and reducing tax evasion.”