The European Entrepreneurs Association in Mozambique (EUROCAM) intends to join the Government’s efforts to improve the country’s environment.

The commitment was reiterated during a meeting held by the association last week with the Economic stimulus package (PAE) coordination of the implementation unit, which allowed the European entrepreneurs to learn more details on the current state of the economic reform’s implementation, which was widely acknowledged to deepen the country’s economic credibility with the group. 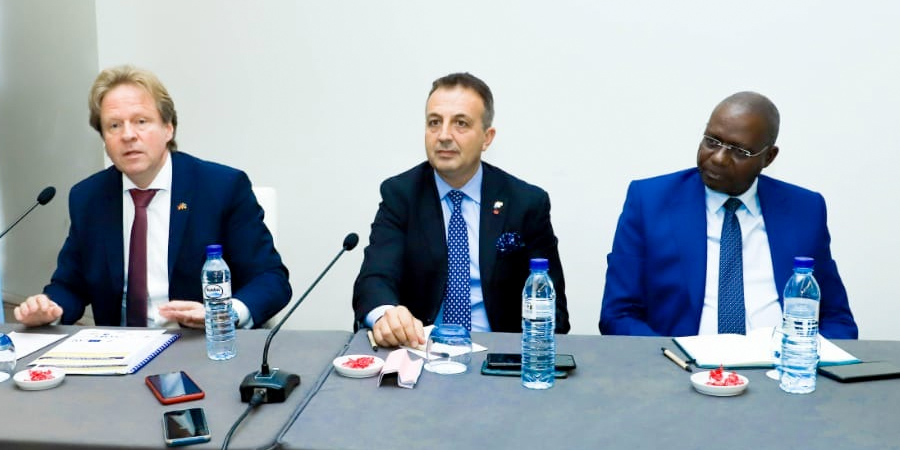 The group also use the opportunity to share some of the constraints for private investment in Mozambique which were discussed and taken into consideration by the Economic stimulus package (PAE).

“For us, the Economic stimulus package is a tool of renewed credibility for the country and to invite our European colleagues to invest in Mozambique”, Said Simone Santi, about the importance of the meeting for EUROCAM.

Jõao Macaringue, a member of the Coordination of Implementation of the Economy Acceleration Program, said, among other topics that the visa measure “is a complex package that has the component of qualification verification of countries likely to have the visa, that is why its work is carried in stages and it is evolving”. Macaringue comments came as a result of praises made by the group about the newly launched e-Visa platform and in response to further developments that will see a new Visa waiver list of countries.

Macaringue also revealed that in the upcoming days, there will be an intensification of the divulgation, in order to address any possible omissions or needs for clarification, including the implementation forecast of measures already announced.

Macaringue closed his remarks by reassuring that the package has no priorities and all 20 measures are seen as of urgent implementation.

O Económico is one of Mozambique's largest portals focused exclusively on economic and business news with relevant facts and their repercussions.

Strengthening antimicrobial resistance surveillance through One Health approach in Zimbabwe

Strengthening antimicrobial resistance surveillance through One Health approach in Zimbabwe

Antimicrobial resistance (AMR) is a natural phenomenon in which microorganisms such as bacteria, viruses, fungi and parasites adapt to antimicrobial...

Join 100,736 other subscribers.
No Result
View All Result