TLG Capital announced today the hire of Henry Hall, former Bank of America Merrill Lynch Head of EM Equities as COO and Partner, as part of a larger move toward further institutionalizing its London office and increasing its investment in structuring and legal expertise.

Prior to TLG, Henry served as CFO at Kenya headquartered Pawame, a start-up providing micro-finance and off-grid solar energy to families. Henry’s previous roles in finance alongside his recent experience in the African start-up / climate impact space are an obvious fit with TLG Capital, an investment company which uses innovative financing solutions to invest in SMEs across sub-Saharan Africa for positive financial and social returns. The hiring of Henry is part of TLG’s wider team building strategy to focus on institutionalisation and localisation of origination and monitoring efforts.

At BAML Henry led a team of 130 people across 7 EMEA offices. Previous roles include Head UHNW Banking in Dubai for GCC clients at Barclays, Head of EM Strategic Financing Solutions at Credit Suisse, CIO of Abu Dhabi Islamic Bank alongside legal experience at Skadden Arps. He is a CFA, CMA and holds a law degree from Harvard.

In Q1 2022, TLG retained Amanda Kabagambe to set up and run its Kampala office, serving as TLG’s Head of East Africa. Previous roles for Amanda include transaction advisory services for various SMEs, with a track record of arranging over $26 million in tailored financing. Amanda previously worked with Deloitte and PricewaterhouseCoopers (PwC) across East and South Africa, leading business transformation and development projects. Her consulting portfolio includes the World Bank, the Government of Uganda, regional departments, agencies, and DFIs.
Amanda brings with her a process-driven approach to origination and monitoring as well as a passion for supporting SMEs in the region, and particularly those run by women.

Other key hires include Isaac Marshall (whose previous experiences include serving on the Global Macro team at Goldman Sach’s in New York and as a PM at a large Israeli endowment). Rached Chaibi joins as North Africa Coverage having spent a decade at the Department of International Trade, most recently as deputy director where he advised a number of businesses to expand under EBRD and World Bank programs. Ahmed Dhouib also joins as North Africa Investment Director where he arrives after serving as CIO for 7 years for a leading Tunisian asset management firm. Both Rached and Ahmed will be based in Tunis. 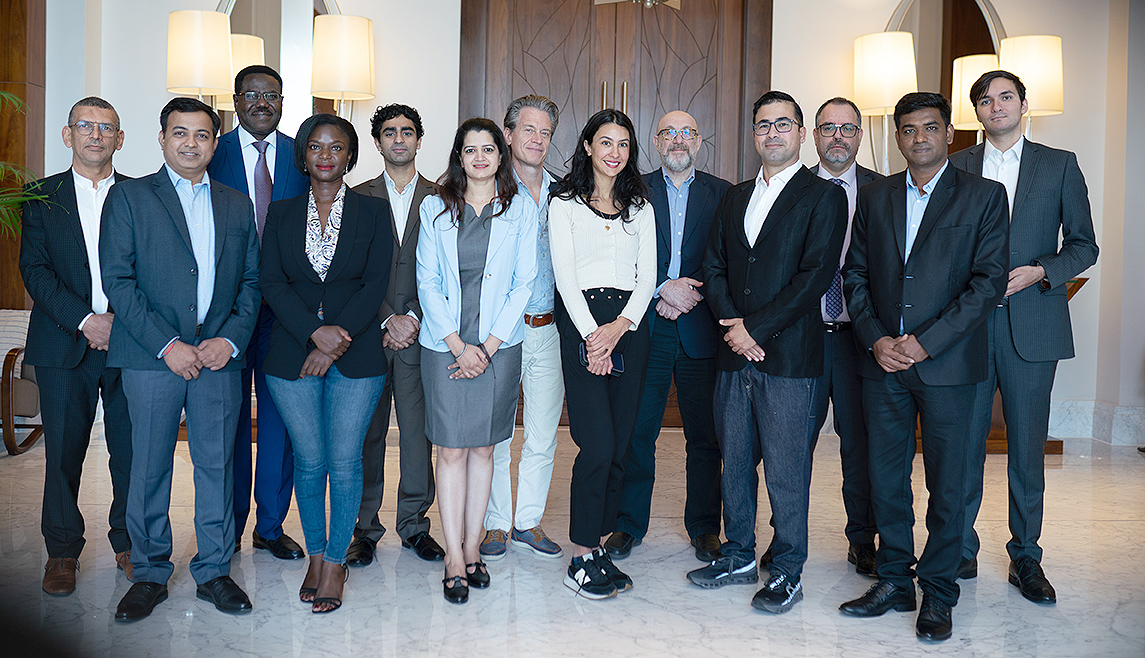 These hires fit in with recent growth at the firm which announced a $400M platform for credit investing across sub-Saharan Africa in partnership with Norsad, a $25M Venture Debt partnership with Future Africa, and a first close of the Empower Fund)in Tunis and which is anchored by the Tunisian government.

Zain Latif, Partner, and Co-Founder of TLG, said “Since 2020, we decided to make sure that we focus on further institutionalisation of the TLG platform and it is a pleasure to welcome Henry to the TLG team. Having worked with Henry at BAML, he embodies the core TLG values of integrity, intellectual curiosity and commitment to excellence in everything that we do. Bringing Henry completes the 2022 aggressive hiring push towards strengthening the TLG team and re-organizing the group to have structuring, legal and governance expertise sitting in London and local expertise on the ground with offices in Kampala, Tunis and Lagos. The recent growth and momentum at TLG is truly exciting and with these new hires, we have a team which will be able to execute our ambition to support capital starved SMEs across the continent, contributing to innovation, economic growth, and more broadly, positively impacting the lives of over 100M Africans over the coming decade.”

Henry Hall said “I am excited to bring my expertise and energy to TLG’s mission of lending to SMEs to positively impact lives across Africa while also giving our investors an outstanding investment return. With TLG’s team, partnerships, track record and expertise, we are ready to substantially increase our levels of innovation and impact in Africa.”

About TLG Capital:
TLG Capital is an award-winning investment holding company which focuses on private investment opportunities in SMEs across the capital structure and particularly within the credit space. In a short span of time, the firm has built a reputation for achieving superior commercial returns with a social impact. It has garnered the backing of some of the most prominent and reputable investors in the alternative investments space.
www.tlgcapital.com

An essential and timely contribution of €65.5 million from the European Union, received through its Humanitarian Aid department (ECHO), has...

Join 99,627 other subscribers.
No Result
View All Result