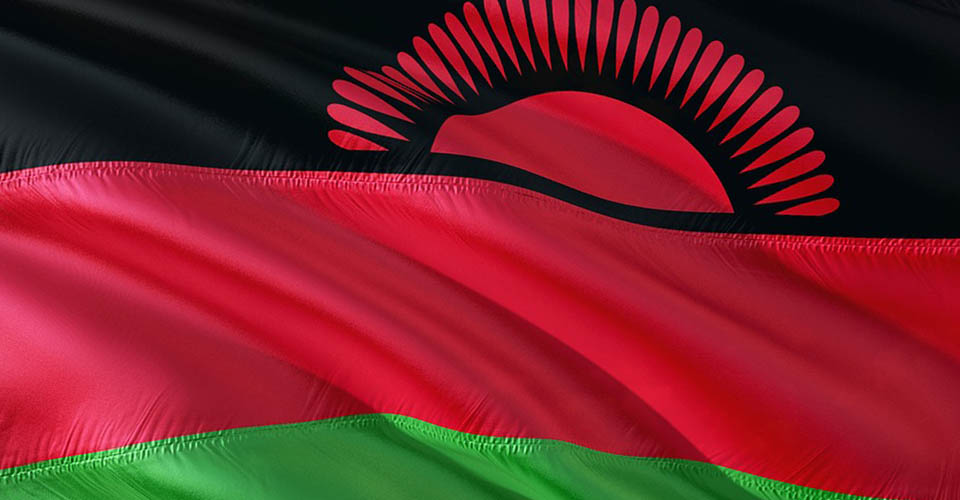 Located in southern Africa, Malawi is landlocked, sharing its borders with Mozambique, Zambia and Tanzania. According to the 2018 Census, the country has an estimated population of 17.5 million, which is expected to double by 2038.

Malawi remains one of the poorest countries in the world despite making significant economic and structural reforms to sustain economic growth. The economy is heavily dependent on agriculture, employing nearly 80% of the population, and it is vulnerable to external shocks, particularly climatic shocks.

The country’s development is guided by the Malawi Growth and Development Strategy (MGDS), a series of five-year plans that contribute to the long-term goals outlined in Vision 2020. The current MGDS III, Building a Productive, Competitive and Resilient Nation, will run through 2022 and focuses on education, energy, agriculture, health and tourism.

Malawi is a generally peaceful country and has had stable governments since independence in 1964. One-party rule ended in 1993, and since then multi-party presidential and parliamentary elections have been held every five years.

Malawi’s sixth tripartite elections were conducted in May 2019. President Peter Mutharika was re-elected against other Presidential aspirants, Lazarus Chakwera of the Malawi Congress Party and Saulos Chilima, former Vice President and President of UTM Party.

In 2019, Malawi’s economic growth is projected to reach 4.4%, increasing over the medium term to 5.0 – 5.5%. Growth in 2019 is buoyed by a good harvest overall, despite the impact Cyclone Idai. Solid agricultural growth is likely to support agro-processing and households’ disposable incomes, which should, in turn, drive the service sector. However, the political impasse that has prevailed in the country following the May 2019 elections will weigh on growth.

The FY2018/19 fiscal deficit is expected to stand at 6.4% of gross domestic product (GDP), lower than the previous year (7.8% of GDP) but higher than budgeted (3.8% of GDP). Despite missing its target, the expected deficit demonstrates progress over FY2017/18, particularly for an election year. The higher than anticipated deficit is due to lower revenues and grants and higher recurrent expenditure, the latter due to higher than budgeted interest payments, election-related spending, and Cyclone Idai disaster relief.

Headline inflation has continued in single digit standing at 9.3% in July 2019 compared to 9.0% in July 2018. The decline of inflation in general has been largely aided by a steady deceleration in non-food inflation which reached 5.5% supported by a relatively tight monetary policy. Food inflation, however, remains elevated at 14.2% with continued pressure from maize prices which by the end of July were 75% higher than July 2018 and 66% higher than the five-year average

Malawi has made progress in building its human capital—the knowledge, skills and health that people accumulate over their lives—in recent years. Life expectancy at birth is 63.7 years (2018 Population and Housing Census). The total fertility rate in 2015/16 was 4.4 children per woman down from 6.7 in 1992. Self-reported literacy (reading and writing in any language) is 71.6 for males and 65.9 for females (15+ years of age). However, poverty and inequality remain stubbornly high. The national poverty rate increased slightly from 50.7% in 2010 to 51.5% in 2016, but extreme national poverty decreased from 24.5% in 2010/11 to 20.1 in 2016/17. Poverty is driven by low productivity in the agriculture sector; limited opportunities in non-farm activities; volatile economic growth, rapid population growth, and limited coverage of safety net programs and targeting challenges.

Malawi’s development challenges are multi-pronged, including vulnerability to external shocks such as weather and health. Other challenges include rapid population growth and environmental degradation. Energy shortages still stand out, with about 11.4% of the population having access to electricity. Infrastructure development, the manufacturing base, and adoption of new technology are low, and corruption levels remain high with Transparency International ranking Malawi at 122/180 economies in 2018.