FurtherAfrica sat down with Mr. Rodrigo Baena Soares, Ambassador of Brazil in Mozambique to talk about the relationship between the two countries, its perspectives, achievements and forecast of things to come.

Fabio Scala: Brazil has a very good history in Mozambique and a track record of developing projects together in a number of areas. From sports and education, all the way to infrastructure development and health cooperation. Cold you briefly talk us through the highlights of this cooperation over the past few years?

Ambassador Baena Soares: Brazil and Mozambique share an extensive cooperation agenda. There are more than 40 projects and collaboration programs developed in recent years, with a budget of over 80 million dollars. These numbers make Mozambique the main beneficiary of Brazilian cooperation around the world.

Although Brazil and Mozambique cooperate in several areas, I would like to stress in particularly agriculture and health. The technology applied to tropical agriculture developed in Brazil in the last decades, for instance, can be very useful for the development of Mozambique. Therefore, we have sought to diversify the supply of cooperation in agriculture and rural development.

The Brazilian cooperation is developing a project, to be completed later this year, which will provide Mozambique with a computerised platform for monitoring and supporting agricultural  extension. We have another relevant project dedicated to supporting and promoting the cotton  chain. Cotton Shire-Zambeze will implement a certified cottonseed production center in  Mozambique and Malawi. The program finances the integration of dozens of small producers into the seed production system. As a result, Mozambique is expected to have, within a few years, the domestic capacity to produce high quality seeds for cultivating tens of thousands of hectares each  year. Moreover, in partnership with Japan, our cooperation supported the installation of  laboratories and training of Mozambican technicians, in order to strengthen the scientific  research system applied to agriculture in the country.

In the health area, our most ambitious project is the transfer of technology for drug production by the first Mozambican pharmaceutical  industry,  SMM. The factory was built by Brazilian  cooperation, which donated equipment, freely transferred medication production licenses and trained the dozens of technical and managerial  staff that are part of the company’s current  structure. In addition, Brazil offers several training programs for Mozambican health professionals in areas as diverse as dentistry and the prevention and treatment of cancer and HIV / AIDS.

Fabio Scala: And what other projects do you forecast for the near future?

Ambassador Baena Soares: Brazilian cooperation with Mozambique has as its essential characteristic the training of human resources. We believe that the most valuable contribution that Brazil can make to Mozambique is the empowerment of Mozambicans, whether through higher or technical education.

In this sense, in 2018 we are investing in two essential programs. We have ProAfri-Mozambique, a program that will offer 161 scholarships for master’s and PhD courses in Brazilian universities for  Mozambican university professors.  The idea of the project is to provide academic training for teachers of higher education in Mozambique, in order to expand the quality and coverage of  university courses offered in Mozambique in the future.

In addition, we are also working with the Vocational Training Institute (IFEPLAC) of the Ministry of Labor, Employment and Social Security (MITESS) for the construction of a new  vocational training center in Nampula, aimed at instructing technicians specialized in food  processing. We are confident that the center will indirectly contribute to the promotion of  agriculture and commerce in the north of the country.

I would also like to mention that the Brazilian cooperation will inaugurate this year, in partnership with Maputo Central Hospital, the country’s first human milk bank. The bank will bring significant benefits to pediatric care offered at the hospital, especially for newborns requiring hospitalization. 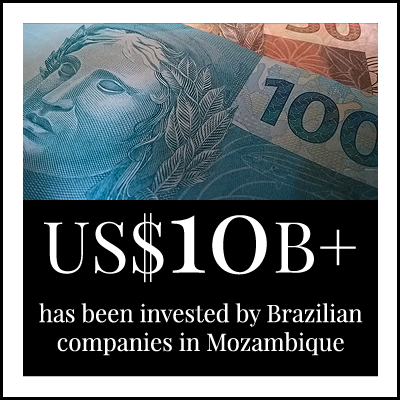 Fabio Scala: It seems like that there are a number of opportunities in the private sector where Brazilian companies could capitalize in Mozambique. What would be you advise for Brazilian investors and companies looking to enter this market?

Ambassador Baena Soares: In spite of recent difficulties, Mozambique continues  to grow. It is growing slower than before, but still shows dynamism, especially in agriculture and energy.  These are areas where Brazil has experience and can contribute a lot. The cotton sector in Mozambique has shown signs of revitalization, driven by the strengthening of the Cotton  Institute of Mozambique (“Instituto do Algodão de Moçambique”-IAM). The Mozambican Government  is willing to promote dynamic cotton and textile value chains, which generates jobs and adds value to production.  I believe that there may be opportunities for Brazilian companies in these areas.

Another sector involves food processing and agribusiness. The Government prepared an Agenda 2025 Review Report to guide cooperation plans and development initiatives in Mozambique up to that year. In the field of processing industry, priority areas include: production of packaged juice, fruits and vegetables; food concentrates; processing of cereals; full use of soybeans; slaughterhouses and cold cuts; and agricultural chemicals (fertilizers and pesticide mixtures). They are all products produced with excellence by Brazilian companies, who know how to combine price and good product quality.

In the extractive industry, we have, of course, the massive investment of Vale in this  transformative project of the Nacala Corridor. There will be other opportunities with the  development of the oil and gas industry. There is no Brazilian company participating in the  exploration consortia, but we can take part in activities related to the operation, providing  services and products to offshore exploration. In this sense, we are organizing, together with the National Hydrocarbons Company (“Empresa Nacional de Hidrocarbonetos” – ENH), the first  Brazil-Mozambique Oil and Gas Seminar, to be held in Maputo on May 24. We want to attract  Brazilian companies that have experience in the oil and gas   industry, in order to show that there are common synergies and experiences to be shared between the two countries. 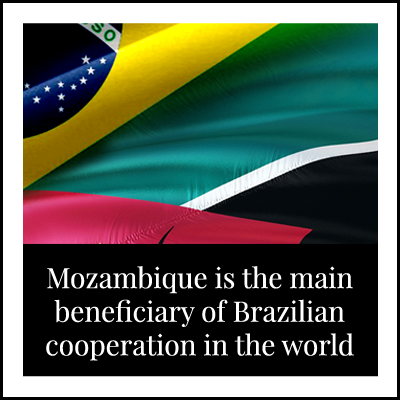 Ethanol is also worth mentioning. Since the 1970s, Brazil has developed the “Proalcool” program, which aims to stimulate the use of fuels from renewable sources – especially sugarcane.  I usually say that the sugarcane industry has a beneficial  effect because it follows a “3 in 1” formula: the same product can  provide fuel, energy and food. Mozambique meets all the  conditions to develop its own industry. Indeed, there is already a law in the country that states that gasoline must contain at least 10% of ethanol, so we are on the same page when it comes to ethanol. Brazil has a long history of producing ethanol, and we are ready to share knowledge and experience, as well as to transfer  technology to Mozambique. It would foster the country’s economy and contribute to provide Mozambique with energy autonomy.

Finally, we must not forget the infrastructure sector, which demands large investments, so Mozambique can improve its competitiveness. I note, for example, the recent announcement of the concession of five airports to the private sector. Our engineering and construction companies have to maintain their presence and participate in the biddings.

Fabio Scala: And what would you say are the biggest challenges and barriers to entry the Mozambican market?

Ambassador Baena Soares: We know and share the challenges and complexities that countries in the southern hemisphere  have to attract and promote investments. I believe that, as opposed to discouraging, this  knowledge serves to stimulate Brazilian entrepreneurs to invest on the Mozambican economy.

Indeed, we already have a notable presence of Brazilian companies in Mozambique – our  investments in the country have already surpassed  USD 10 billion. The common language helps a lot, and the cultural identity that bring us closer together make business between Brazilians and Mozambicans much easier.

I do believe in the forecasts which say that Mozambique’s economy will grow steadily over the  next few years, especially with the harnessing of the full potential of its agriculture and energy resources. Brazilian companies that are established and well positioned in the Mozambican market will definitely be able to take advantage of this promising scenario. I’m confident that they will do so.