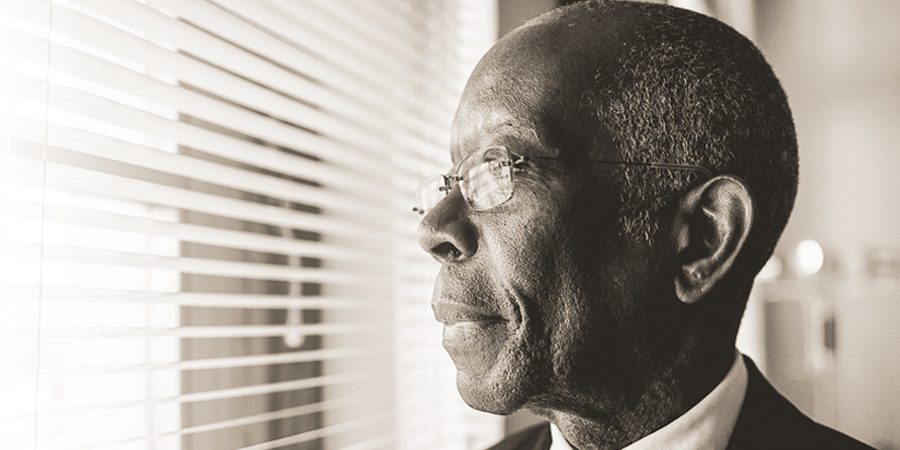 Mozambique is a country blessed with vast natural resources and abundant fertile lands – some of the key elements to ignite economic growth and social development that promises to change the good faith of the country.

Nevertheless, and despite the massive approved foreign investment related to natural gas rivalling its GDP, Mozambique will face strong challenges in order to secure a better future.

FurtherAfrica spoke to H.E. Adriano Maleiane, Mozambique’s Minister of Economy and Finance to better understand how the country intends to tackle these challenges using long-term strategies to ensure economic sustainability and a better future for its people.

Mr. Maleiane is no stranger to challenges, having served as Governor of Mozambique’s central bank for some 15 years and later overlooking the founding of the country’s national investment and development bank, an institution he served for nearly 5 years as chairman before he was appointed Minister of Economy and Finances in 2015.

Fabio Scala:
Mr. Maleiane, it is always a great pleasure to talk to you. Thank you very much for taking the time to share your insights with us. I want to begin our conversation asking for an assessment of your time in office to date. You inherited quite an unexpected sovereign debt situation in 2015, followed by a global commodity crisis in 2016 and presided over the country’s finances through a number of severe natural disasters. When it comes to challenges, this is quite a handful to cope with. What can you tell us in retrospect?

Mr. Maleiane:
First of all, allow me to take this opportunity to congratulate you and FurtherAfrica for the pivotal role you have undertaken over the past few years, which is to bring to light the huge transformations that Africa has been going through and that, in many cases, simply go unnoticed by the international financial market.

And yes, indeed the last governing cycle has been very demanding as you have referred, since it required – out of all of us in the Government – a great deal of strategic communication and flawless coordination, in efforts to mobilise the Mozambican society into a better understanding about the issues the country was facing. This approach enabled us to find more appropriate, sustainable solutions which would then mitigate the impact of the crisis we were up against at that time, while guaranteeing that all the State institutions would be able to function perfectly and unimpeded.

The natural disasters, the commodities crisis particularly affecting the current accounts and trade balance of African nations and – more specifically in Mozambique – we faced a severe exchange rate depreciation, which consequently compromised the sustainability of our external public debt, which represents 80% of the public debt total. These were the initial predicaments that were not only jeopardising the fulfilment of our Government’s 5-year plan, but also undermining the confidence of investors.

It became crucial that we took measures to achieve fiscal consolidation, namely an increase in the effectiveness of tax collection, a more austere and efficient execution of public expenditure, better management of all State companies, stricter rules regarding the allocation and assignment of the public debt, as well as a prudent fiscal risks management.

It is my opinion that all this effort is now a main factor contributing to the current reestablishment of Mozambique’s macroeconomic stability, as demonstrated by the 2.8% average annual inflation rate in 2019, versus 26% in 2016, as well as a 2.2% GDP growth in 2019, followed by a confidence boost perceived in both investors and cooperation partners alike. One good example of that was the conclusion of restructuring of eurobond 2023.

It has been a long journey, and it is important to value and appreciate the patience and collaboration the investors displayed, so that today we are able to ascertain that we have a Government security bond listed in the international financial market, fully insured and provided with all the legal guarantees. The recent financing success of Mozambique LNG project in Area 1, totalling US$14.9B serves to confirm this renewed confidence that investors have in the social and economic future of Mozambique.

Naturally, the geographical position of Mozambique carries additional and permanent challenges, as we provide services that are strategic to landlocked countries, particularly roads infrastructure and here I can draw attention to the development corridors in the North, Centre and South, and the National Highway linking the country from North to South. The generation and transportation of electricity for massive projects and the export of energy to neighbouring countries constitutes yet another major challenge, as it will gradually require additional efforts in the mobilisation of resources for the financing of regional and national projects.

Fabio Scala:
Thank you for your assessment, certainly not an easy ride. Picking up on your comment about the current state with foreign direct investments, a number of specialists see hydrocarbons as a long-term proposition for the country, which is often quite a different view from the public perception. Could you tell us how you see the 2035 national strategy of economic development and the gas-related investments transforming and shaping the future of country’s economy?

Mr. Maleiane:
The National Development Strategy 2015-2035 (ENDE) is a long-term vision, made feasible through the Government’s 5-year program. It proposes, essentially, that we utilise the available resources in a rational manner, so that we can transform Mozambique into a competitive, middle-income country, economic and socially inclusive, by implementing integrated policies geared towards the generation of income for families and corporates, thus bringing about an organic improvement both in the welfare of the entire population and also an equitable distribution of income.

The strategy also aims for the structural transformation of the economy and the expansion and diversification of our society’s productive base, among which it is possible to highlight a few select sectors such as agriculture, energy, tourism, economic and social infrastructure. In this new light, we are treating the extractive industry as a crucial agent of transformation, from where we can source the necessary funding for the innovation and diversification of the economic and social infrastructures in our country.

Fabio Scala:
I see, along those lines and given the importance of the proceeds from the extractive industry, I wanted to ask you about ideas and experiences from other natural resources rich nations, such as the creation of a sovereign wealth fund and additional development roles for institutions such as the BNI bank. In other words, how do you “dream” of Mozambique and how do we get there?

Mr. Maleiane:
Well, as I said before, our development plan relies on a structural transformation of the economy, and as such we expect that agricultural activity will be a fundamental contributor to Mozambique’s industrialisation plans, as well as the creation of employment for the majority of the Mozambican population. Commercial banks, in principle, are not structured to finance the entire agricultural and industrial value chains. Given that, the Government, in 2012, decided to aggregate the developmental role to the Banco Nacional de Investimento (BNI), making it an effective official Development Bank of the State and important financial instrument for the implementation of the aforementioned structural transformation of agriculture and industrialisation, consequently bridging the existing gap in financing the economy.

In line with our conviction that the extractive industry must be seen as an important finance source to foment the structural changes that ENDE advocates for, the Government intends to create a Sovereign Wealth Fund, having assigned the Central Bank to such a role, by which it organised, in March 2019, a workshop titled “Preparing Mozambique for the age of natural gas”, with a clear focus on learning from other countries’ experiences, essentially to determine what, how and how much to finance, the annual budget and how much to save for the future. I believe that between the Sovereign Fund, BNI now empowered with its developmental role and other national financial institutions, we will meet the requirements necessary to fund the structural transformation of our economy.

Fabio Scala:
That’s a interesting perspective we can look forward to, thank you for sharing. I could not wrap up our conversation without asking for your message to prospect and current foreign investors looking into investing in Mozambique.

Mr. Maleiane:
Allow me to finish just as I started: thanking for this opportunity to share my thoughts and reaffirm that the perspectives for development in Mozambique are good, because we have been creating the necessary conditions to turn the country into a preferred investment destination. The recent financing of Mozambique LNG attests to that fact.

It is important to stress that the production of natural gas predicted to start in 2022 in Area 4 and 2024 in Area 1, will catapult the country to the top of the global LNG market, and this will positively influence our economic growth, and on the fiscal side, the gas industry will become a strategic contributor. The use of gas in the industry and other sectors, combined with other alternative energy resources already existing in the country, will reduce, in the long-term, Mozambique’s dependence to all imported petroleum derivatives. One of the main benefits of utilising gas, is that this natural resource has a “transversal value chain”, underlining its role in the development and productivity of many different industrial sectors. The Government is working alongside the private sector and civil organisations to come up with a legal instrument proposal that will regulate the national participation of local content in large projects, so as to stimulate the industrialisation and serve as an incentive to the growth of national entrepreneurs.